MVRDV and Traumhaus, a producer of low-cost, high-quality homes based on standardized elements, have teamed up to develop a 27,000 square meter project redeveloping former US Army barracks in Mannheim, Germany. 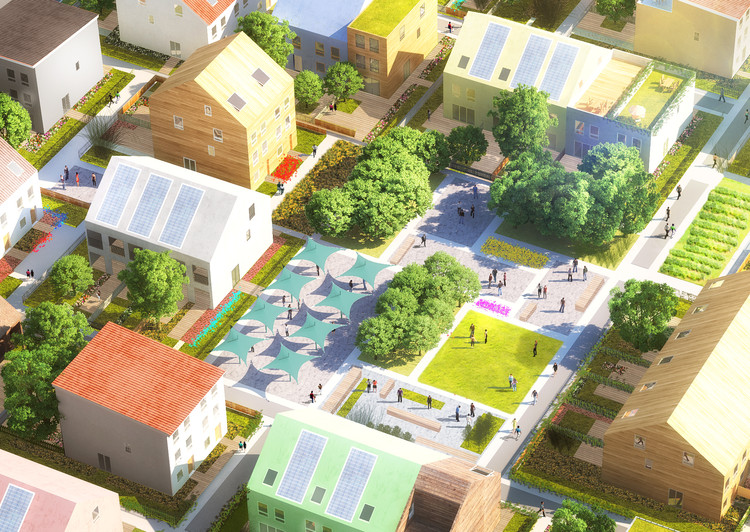 The Funari project, named after the one of five districts in the Benjamin Franklin barracks, joins housing, gardens and public spaces, in a collection of varied typologies meant to attract different types of households and demographics. The hope is that such heterogeneity will upend traditional perceptions of village life as territorial and segregated.

MVRDV calls the concept “the fully pedestrianized ‘village,’” a place where paths meander through communal spaces such as sports parks and themed eco-environments like fruit alleys and buttery gardens. Each home also has private garden spaces that can be cultivated to one’s preferences, be it for recreation or food production. However, far from advocating a transit-free lifestyle, the entire complex has a subterranean parking facility and is adjacent to tram services; access for emergency vehicles has also been accounted for.

Emphasizing the typological diversity, MVRDV explains, “Vegetated houses appeal to the budding eco-family, whilst stilt houses for starters open up the ground floor for future expansion. Monochrome wooden houses could be for the traditionalists, or the single storey tent-house for the elderly. Two larger apartment blocks combine various models, student housing and the elderly for example, in order to encourage diversity on an even more local scale. The houses, split into five main categories, will be arranged based on a predefined ratio of living types. This method means that diversity is inevitable and, unlike in most residential areas, gentrification or community isolation will be avoided.”

According to MVRDV founding partner Winy Maas, “Funari brings back the varied neighbourhood. It’s where you know your diverse community, where the kids can run around in the street, where your home is exactly what you need it to be. But also it’s a comment on the housing system today. A system where young people can’t afford to buy, where ‘affordable housing’ is of such a poor quality, and where the suburban dream stamps out community spirit and individual expression. We want to show that there is another way.” 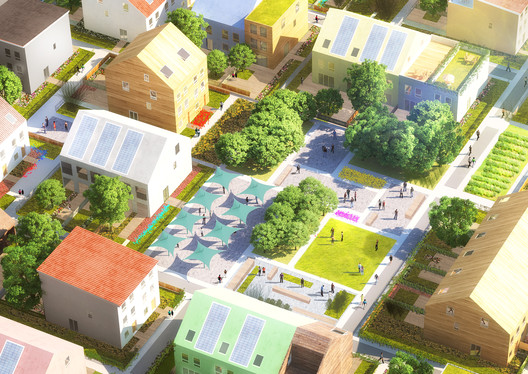