Save
It’s Elementary (Not): On the Architecture of Alejandro Aravena
Share
Or
Copy

When reading about the work of Alejandro Aravena, it can sometimes seem like two distinct discussions: one about his widely praised social housing innovations, and another about his impressive (albeit more conventional in scope) buildings for universities and municipalities. In this post originally shared on his Facebook page Hashim Sarkis, the Dean of the MIT School of Architecture and Planning, connects the two apparently separate threads of Aravena's architecture, discovering the underlying beliefs that guide this year's Pritzker Prize winner.

Much of the work of Alejandro Aravena, whether designed alone or with the group ELEMENTAL, embodies a eureka moment, a moment where after a careful interrogation of the program with the client, the architect comes up with a counterintuitive but simple response to the charge. (For the computer center at the Catholic University, the labs have to be both dark and well-lit. For the social housing in Iquique, instead of a full good house that you cannot afford, you get a half good house that you can). In turn, these simple equations are embodied in buildings that usually acquire similarly simple forms. The clients and occupants repeat the “aha” with Aravena’s same tone and realization. “If I cannot convincingly convey the design idea over the phone, then I know it is a bad idea,” he says. 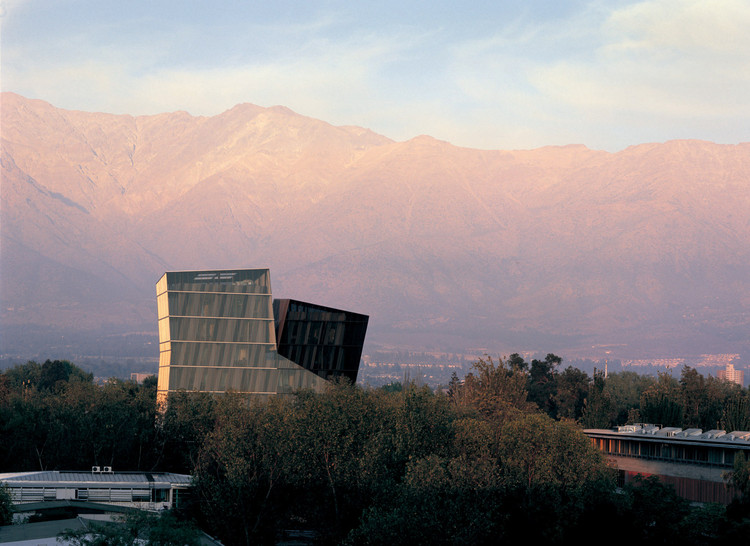 This approach does not produce a diagram or a parti but more of a formula, or an equation. He often presents his designs as solutions to equations. These equations usually explain volumetric not planimetric relationships. Through his interrogation process, Aravena leaps from program to a constitution of other possibilities of inhabitation than the one he or the inhabitants started with. What you thought you wanted is not what you get. You wanted a playground, you get a cascading landscape. You wanted a nursery, you get overblown building blocks. You wanted a detached house, you end up with an attached half-house. The forms emphasize this unexpected outcome. They always seem to have landed from somewhere else, disheveled, tentative but bold, slightly off-scale and off-key in their materiality.

Much of the architectural power of Alejandro Aravena lies in his ability to extend the eureka moment to inhabitation. No matter how old the joke is, you still laugh. The delight that you experience in the first encounter with the silhouette of the Siamese Towers, the collection of half houses, the Peregrino viewing box precariously suspended in mid-air does not wear off. This he achieves by taking the wonder into the architectural materiality and construction. The counterintuitive solution may have not have started in architecture but it always ends up being architecturally counterintuitive as well. How do you hold together boxes while keeping them tensely off balance? How do you maintain the solidity of the exterior while bringing enough light into the interior? How do you achieve the effect of immateriality with materials? Importantly, Aravena’s buildings are suspended at the elementary beginnings of a formal relationship that is yet to achieve closure. Closure is a possibility that we can entertain as we inhabit, but because we entertain it differently every time we inhabit differently, it remains open. His equations may be solved but his architectural configurations remain perpetually open.

With time, the repeated experiments in opening the configurations have moved his work closer in repertoire, construction logic, and effect to a megalithic architecture of sorts. The megalithic configurations are literally open to the elements and to site. They also attain a gentle monumentality, not by being bigger than normal, but by being ambiguous about their scale. Importantly, they avoid the tectonic logic of construction and attain or feign a stereotomic approach. Like prehistoric megaliths, they achieve a sense of displacement by suppressing the temporality of technology and the familiarity of the tectonic element (columns, windows, etc.) Among his many contributions, Aravena will no doubt be remembered as an architect who expanded the technical and formal possibilities of contemporary architecture by reconnecting it with megalithic logic and ahistoric time.

Yet what shrouds his work and sometimes masks (or shields) it is a rhetoric that, at first blush, reads like populist activism. However, if read carefully, his statements, especially the qualifiers that come at their end, reinforce the counterintuitive eureka. As much as he says he wants his publics to be engaged, he finds in architecture the power to disengage them from their mundane wants and to indulge them in the fulfillment of their basic needs. As much as he speaks to the political instrumentality of architecture, he ultimately wants to empower architecture to project a world outside of politics and out of time. His discourse is a rally for action but it is really a call for freedom, a call to free architecture from the burden of choosing between utility and autonomy. The Pritzker Prize, as he hopes, will only expand his freedom.

Hashim Sarkis is Dean of the MIT School of Architecture and Planning and head of Hashim Sarkis Studios. A longer version of this piece will be appearing in a forthcoming edition of Arquitectura Viva.