Save
Starting Your Own Practice: The Challenges and Rewards, According to ArchDaily Readers
Share
Or
Copy

Architecture is in some ways a paradoxical profession. On one hand, it projects a popular image of the lone, creative genius, taking control over all aspects of a building project and forming them to their creative ideals. But in reality, most projects take a huge team of people, all working together to produce a building which usually represents the creative input of not only many different people, but many professions too.

One way to find a balance between these two extremes is to take more creative control over the decisions of the group - in other words, to start your own practice, guided by your creative input alone. But is that goal worth the difficulty it might take to get there? This was the question we had in mind when we asked our readers to let us know the pros and cons of starting your own firm last month. Interestingly, not a single commenter left any response about the joys of working for someone else, and the consensus was firmly that running your own practice is preferable - provided you can deal with the significant problems of doing so. Read on to find out what they had to say.

What Are the Benefits of Starting Your Own Architecture Firm Over Joining an Existing One?

For many architects, owning their own firm is the dream which drives their career. In a field such as architecture, the idea of having the freedom to seek out the projects you most want to do and the creative freedom to make the final decision on a design sounds like the ideal way to work.

Definitely Don't Do It For the Money

It may be easy to think that - as is the case in most businesses - an increase in responsibility aligns with an increase in financial reward. However, when it comes to architecture, the challenges involved in running a practice means that this relationship doesn't always hold true:

"Even after surviving the recession I find getting projects, enough projects of a significant size, a challenge now more than ever. I'm hitting a ceiling of fees where others are undercutting my fee and service by a significant margin. I have work but not enough projects and not big enough. I consider myself the equivalent of underemployed. My staff makes 10x more than I do. Financially I'm barely scraping by with 'most' of my bills paid on time." - Pablo

"Architecture is a high risk / low profit business where the financial incentive lies in not caring about your product and where you are effectively penalized financially for investing the time and energy needed to produce good work.

"Best advice for someone wanting to start their own practice is to either marry someone with money or accept relative poverty and then treat it as a hobby job / lifestyle thing - enjoy the work but don't ever expect to get a good or reliable income from it!" - Robert

Owning Your Own Firm Never Stops Being Hard Work

If you thought that the hard work was over once you managed to get yourself established, think again:

"In my experience in the profession you can only go it alone once you have built up enough relationships, contacts and capital at a larger more established office first. Even with those things you often need at least one big project to get you going. I would love to have my own studio but its not practical if you don't have the work. I can't nail an Architecture LLC sign to my door and hope to exist very long without a super strong way to market myself. I think most architects want to strike out alone but it takes a ton of courage and front loaded work to do so." - MOAB

"We had that one big(ish) project but where the second one comes from is as much of a problem. You need to start looking for it furiously before the ink is dry on the first appointment to stand a chance." - Robert

Another interesting debate between commenters concerned the topic of whether you can ever know what you're getting yourself in for when it comes to the architecture market:

"You may have a great product but do you have a great company? In the United States starting an Architecture firm is the same as playing Russian Roulette. If you don't know who your clients are your dead quick, game over. Even if you know who your clients are and what they need, one bad move, dead. Even in the best of times a missed payment, dead. This is an extremely low margin, high risk business in a deteriorating segment of the economy with massive oversupply and extremely low demand now entering a deflationary time period. So unless you know there's no bullet in the chamber against your temple consider yourself forewarned." - evilp

"I agreed up until "deteriorating segment of the economy with massive oversupply and extremely low demand now entering a deflationary time period." I'm not sure that matches up with Architectural billings. There is quite a lot of concern over educating enough architects in the medium term. This is one of the reasons IDP has been streamlined. With increasingly complex building codes and construction delivery teams the role of the architect is maybe shifting but it is still very critical in an industry showing growth." - Luke

"As a small firm owner and AIA member you can take that AIA billings index at face value or dig deeper; how much weight do a handful of giant firms doing government work or healthcare represent, and is that even a productive part of our economy or net drain? Is 52 or 53 really that good considering sub 50 means contraction? For 7 years now we've been "growing" 1 or 2 points if not shrinking. This doesn't indicate a growth sector at all but one thats treading water in the few quarters its not shrinking." - evilp

Going It Alone Allows You to Try Innovative Practice Models

Most established practices that you might find yourself working for are usually set up in a very traditional manner, offering one service and one service alone. But in the modern world of architecture, the traditional model is increasingly being replaced by more interdisciplinary, entrepreneurial thinking. Starting your own firm could be an opportunity to combine your interests to push innovation in both business and design:

"I left my job in the Bay area a year ago and moved back to my hometown of 50k people in Idaho with my wife and 3 kids. I am not an overly experienced architect, graduated in 2011, dont consider myself a strong designer, but love architecture and business.

"In January I launched my company, Sageleaf Group as both an architect and REALTOR. Doing both has been great thus far putting me in positions to meet builders, teaching me how to market myself and ultimately replacing my income and benefits that I had when I lived in the Bay area of California.

"Perhaps I have been lucky. However, I believe that my love for business and entrepreneurship and my continual search for knowledge in that field has been the reason that I have been successful.

"Now I need to figure out how to not work all the time. I am starting to put systems into place to make that happen. I truly believe that the connections can be made quickly from scratch and that anyone can do what I have done." - Greg Croft

Peter Briggs makes the excellent point that just because you (and any business partners you might have) are going solo, that doesn't necessarily mean you have to be alone:

"One of the largest challenges/opportunities of owning your own firm is that you need to look outside for mentoring. You need to find the relationships where you can continue to learn and grow. Your business planning should accommodate most of the boring day-to-day stuff, but it should also include an emphasis on building the relationships that you will need to continue to learn and be mentored. We don't put enough emphasis on keeping our design selves sustainably nourished in the face of all of the business things we'll need to juggle. So, one of the best things about going off on your own is that it requires that we intentionally seek growth." - Peter Briggs

Briggs also expands on this idea in an interesting post on his blog:

"The biggest benefit of owning your own firm is also one of the largest downfalls: you are responsible for your own success. And at the end of the day, you are also responsible for your failures... When you run a business, there’s no one above you to tell you what to do, but that means there’s no one there to support you when you need help or advice... You need to find the relationships where you can learn, and frankly, be reassured that you’re not completely crazy. I should have called this blog 'Please tell me I’m not crazy.'"

If you're thinking that one day you may want your own practice, in the eyes of one commenter you have already waited too long:

"I started my own firm a couple of years ago, after having worked in boutique design studios for 5 years. It was a dream come true to finally have the courage to do what I'd aimed for since the day I became an architect. I agree that starting your own firm from scratch has many hurdles, like establishing trust with clients, getting projects in the first place (people always want to see work you've done since starting out on your own as opposed to all the great work you did as an employee in an established practice), and being able to devote only a small fraction of the time to design (whereas marketing, strategy, accounts, meetings, management and housekeeping take up most of the time).

"I would still urge anyone with an aim to start their own firm to do it now. Now being wherever you are in your career, it's already too late, in my opinion. I waited for years, working on projects in other firms, some exciting, some boring, some repulsive because they went against my design sensitivity and ethics, always hoping make that final hurdle where I land knowing enough. But knowledge is never enough, and it will never be. The right time is not in the future, it's now. You'll figure things out as you go along. I wish I'd started my firm at least two years earlier than I did, because by now I would have had more meaningful (built) work that represents my mission statement as opposed to a vast portfolio of work for which I feel part or no ownership or pride.

"One more piece of advice: don't go it alone, approach established architects, designers and developers and form a network, connect with mentors for guidance and have partners in the industry who will provide you with what you lack, or point you in the right direction." - Takbïr Fatima II

If there's one thing to remember among all of this, it's that running your own practice is a fundamentally more intense experience than working for someone else, at both ends of the scale. As one commenter put it:

"On the best days, it was the greatest thing ever...on the worst, it was a nightmare beyond imagination." - David Fisher via Facebook

If you're thinking of venturing out on your own, you had best make sure you're ready. 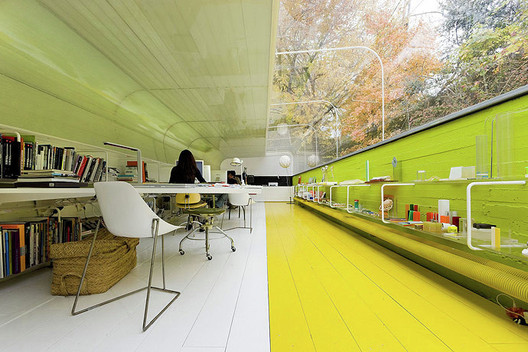