Save
The Business of Design Success: How did BIG Get So... Big?
Share
Or
Copy

In recent years, the ever-increasing profile of Bjarke Ingels and his firm BIG have been hard to miss. For an office that is barely 10 years old, the number and scope of their projects is astonishing; to cope with demand, the firm has grown to employ almost 300 people. This growth, though, did not happen by accident. In this article, originally published on DesignIntelligence as "The Secret to BIG Success," Bob Fisher speaks to the firm's CEO and Partner Sheela Maini Søgaard in order to uncover the business plan behind the BIG phenomenon.

BIG may be the most appropriately named firm on the planet.

The Bjarke Ingels Group (BIG) seems to have an outsized impact in all it does. The Copenhagen-based design firm turns conventions and assumptions upside down and combines contrasting possibilities in outrageously bold, imaginative and playful ways. Projects like Via at West 57th Street in New York City and the Amager Bakke Waste-to-Energy Plant in Copenhagen are prime examples: the first a pyramid-shaped apartment building that defies the forest of rectangular towers around it, and the second a power plant that doubles as a smoke ring-blowing ski slope.

The world has taken note. Whether in praise or criticism, the architectural, cultural and business media tend to strike a heroic tone when describing the firm’s work: radical, ambitious, bold, confident. In short…BIG. 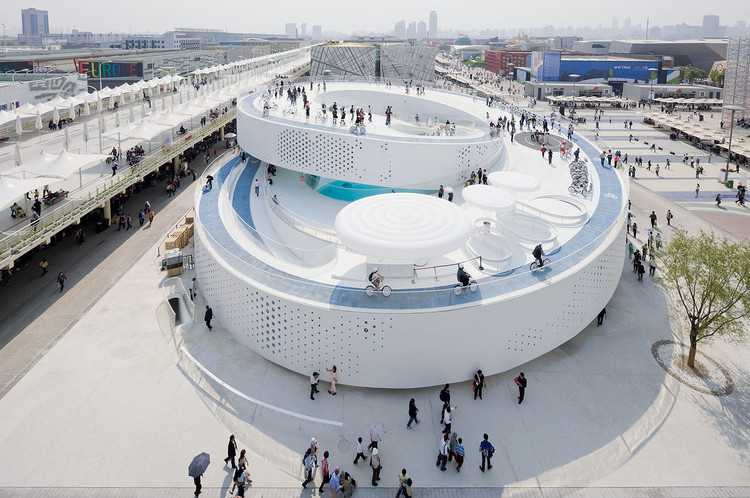 In the past seven years the firm has grown in size as well as reputation, ballooning from 50 to around 285 people. It has stretched beyond its base in Denmark to design projects in Asia, the Middle East and North America. In 2010 it established its first foreign office in New York City.

Much has been written about BIG’s unconventional approach to design and meteoric rise. What may surprise people, according to CEO and Partner Sheela Maini Søgaard, is that there is more to the operation of the firm than outsiders might assume.

"We try to assign creativity to where it actually contributes to our architecture," said Søgaard, who has been the driving force behind BIG’s maturation into a professionally managed organization since 2008. "But there is a whole team and a whole operational room that is very professionally designed and run, and I think that’s probably something that few people know when they look at us from the outside."

In an interview with NPR, founder Bjarke Ingels said that "what defines [other architects’] styles are the sum of all their inhibitions." Characteristically, BIG takes the opposite approach not only in how it designs, but also in how it envisions and creates its operations. According to Søgaard, experimentation and a broad view are key: "We’ve been unafraid at trying things out, we’ve been unafraid of being inspired by other businesses and other industries, and we’ve been unafraid of thinking about our company as a professional consultancy rather than just a design studio."

In all types of studios, the creative side of the house can be suspicious of their business counterparts. Each group has its own focus as well as differing motivations and measures of success. The income statements and balance sheets that are so common in the CFO’s office hold little allure to design professionals. BIG seems to have struck the right balance by molding their business structure and operations around their talent and creative culture. The resulting policies may seem backwards to management-driven firms, but the formula works well for BIG.

She added that while roles and responsibilities are tailored to individuals, rewards are not: "We look at the entire office at the end of the year, and then we share the credits for that."

Culture is big at all levels of BIG. In a 2014 video interview for ArchDaily, Ingels emphasized the essential role it plays: "When you create your own office you have the responsibility to set the tone, establish the culture: establish the way that people talk to each other, the way they collaborate.... So I think establishing the culture and the environment is incredibly important. You’re going to be spending a lot of time in your office so if you don’t enjoy it, it’s going to be hell."

So what defines BIG culture?

One of their hallmarks is a "true meritocracy" that Søgaard has heard other organizations speak about but has never seen put into practice anywhere but BIG. Senior design leaders and partners — even Ingels himself — try to be accessible to team members at all levels of the firm. People are encouraged to share their ideas regardless of their experience level, and they are included in meetings and discussions that might otherwise only include senior team members. That way, Søgaard said, internal communication remains healthy, open and clear: "Everyone hears everything directly from whoever said it."

She observed that BIG culture is also shaped in part by the firm’s youthfulness. They are not only young as an organization, having just reached their first decade in business, but also are staffed and managed by relatively young people. Bjarke Ingels turns 41 this year, and the firm’s oldest partner is 51. "The youth gives a different buzz in the office," Søgaard said.

An international culture also impacts BIG as a firm, both from a project standpoint as well as a work environment.

"We have clients from many continents, different cultures, different ambitions, different considerations to be made," Søgaard said. "In addition, our employees also come from all parts of the world. I believe we have about 30 nationalities now."

Throughout the interview, the conversation kept coming back to people. A key part of BIG’s talent management strategy is balancing the needs of the firm and the talents of its individuals in order to maximize potential and foster an environment of mutual respect. Though Søgaard apologized the idea might sound cliché, she attributes much of the firm’s success to having the right people in the right places.

Ingels himself reinforced the idea recently when speaking to ArchDaily: "I’ve always been very conscious of what I like doing and where I think my skills are the strongest. I’ve tried to establish an office that allows me to always have my dream job." Later in the same interview, he tells the story of hiring a project leader to manage him as project designer, so that everyone’s talents can be applied where they will do the most good: "In the end I’m left with having the job I do the best, and I constantly create positions and help people create their own positions to make sure the office really becomes more like an organism where everybody has their favorite role in that organism."

These days, plenty of qualified candidates are attracted to the BIG organism. "We’ve been fortunate so far in that most of our employees have looked us up, rather than us actually reaching out to them," Søgaard said. "In that sense, we’ve been blessed with a lot of people coming to us and being interested in joining our team."

Firms frequently take one of two approaches to finding the right talent and building teams, whether it is finding people who fit the culture and creating a role around their skills and interests, or determining what skills the firm needs and finding the right people to supply them. BIG also uses a third path: allowing staff to grow from smaller roles into positions of greater responsibility and contribution.

Søgaard explained: "Leadership is about giving people the opportunity to find out where their talents are. A lot of our people who are now in mid-level management have started out as office assistants, or receptionists, or secretaries, or interns, and have grown into various aspects. If they’re allowed to go with it, then they can do spectacular things."

BIG’s near 500-percent growth during the current CEO’s tenure has presented challenges. Chief among them is maintaining the right culture. "Right now BIG is sort of on this point of trying to stay the same culturally in spite of growing to a much larger size than we were just two or three years ago," Søgaard said. "You could always hire more people, and goodness knows that we’ve hired a lot of good, skilled people over the last two years…regardless of how good people are, it does take some time to assimilate to the culture that you’re now embedded in and that you’re going to represent to clients and consultants."

Unlike other firms that struggle to find the right opportunities, BIG is challenged by managing the capacity they need to deliver on all the great projects they already have. But, Søgaard added, "It’s hard to complain when that’s your challenge."

How much longer can the astonishing rate of growth continue for BIG? Though Søgaard was reticent to make predictions or set limits, she reiterated the firm’s commitment to its core: "We’re still very much in love with what we do, so it’s really still about the architecture for us, and about the projects, and it’s less about whether we are 500 people or whether we shrink back to 50 people. It’s about being open and skilled enough to react to the good opportunities that come by." 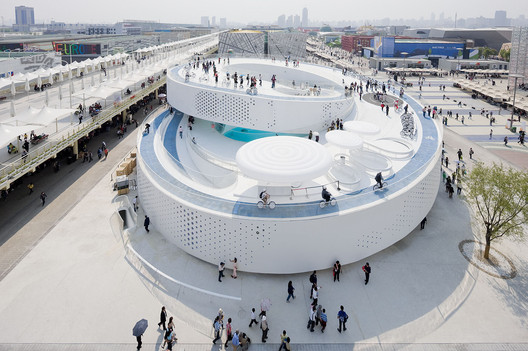