Save
The Apple and the Leaf: On How in Architecture There Are No Indisputable Truths
Share
Or
Copy 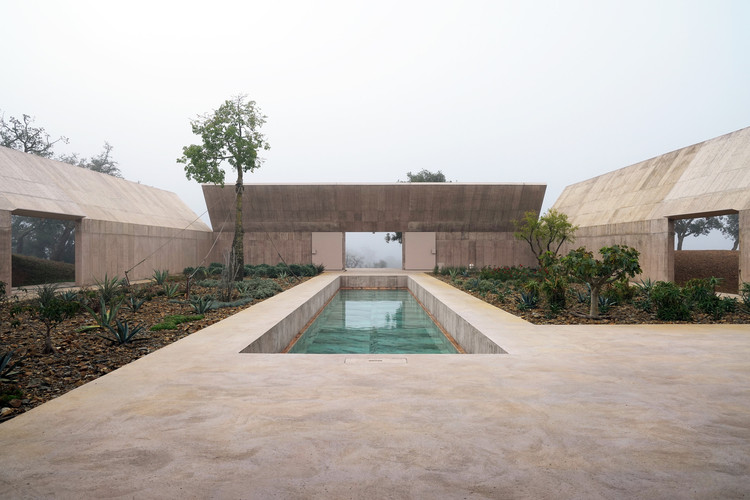 When an apple falls from a tree it does so with implacable verticality, on account of its weight. But when a leaf from that same apple-tree falls, it does so in quite another way, more slowly and never vertically, because of its light weight and its shape. The leaf, although imbued with the same gravity as the apple, seems to fall with greater freedom.

One of my professors once asked me to analyze a text of his on the structure of space and load-bearing structures. With good reason I have repeated over and over again that structure establishes the order of space, apart from transmitting the load of gravity to the ground.

Throughout the history of architecture, loads have always descended vertically, in a straight line, from the highest point of buildings through the load-bearing walls or pillars, down to their foundations and through them, to be transmitted to the ground, and unload. That is why, in the entire history of architecture, pillars and columns have always been vertical. All of this is nicely synthesized in the story of Newton and the apple. However, in the last century various different things began to occur, all thanks to steel.

And so it is today, at the beginning of this third millennium, that architects have begun to play around with the possibility of changing the direction of loads and, better still, their unloading, and have started in diverse ways to move around the pieces of this orthodox jigsaw puzzle.

And as some find a facade with an orthogonal frame rather boring, where the pillars coincide vertically and where the horizontal border line of the floors tends to be continuous, they have decided to play around and so what started out as a simple rearrangement of carpentry went on - and why not? - to become a rearrangement of pillars. You will all have seen housing projects where, while the apartments are the same, the windows are different. You will also have begun to see buildings where the pillar structure appears on the façade with the pillars leaning this way and that, according to the fancy of the architect in question. These architects know that with steel everything is possible in quite an uncomplicated way, even if it works out a little more expensive.

And given that they have started out with the facade, why not venture a little further? And, knowing that a floor structure can be reinforced however they fancy, they decide to reinforce the floor to receive those pillars wherever and however they wish. A good friend of mine said to me, and with good reason, that he considered “all floor structures like a capital”, whereupon I added that it was the capital that was the greatest common divisor, but also the most costly one.

And so pillars have begun to dance rather like the blessed spirits of Gluck’s “Orpheus and Eurydice”, and as they want everything to be seen from the outside, they move things about in all sorts of ways in order to achieve this. You only have to look at all the architecture published these days in magazines and blogs. “Structures everywhere have spread their legs wide” claimed my good friend, who is a trifle outspoken. There is a new building in New York, very near my home, where, instead of dancing, what the pillars are doing is shaking themselves silly.

But I, who have always defended orthogonal structures, also argue that structures do not always necessarily have to be orthogonal. Over and over again I tell my students something that I am convinced of: there is no unique truth in architecture; of course there isn’t! Because neither in architecture nor in practically anything do indisputable truths exist.

To begin with, we can see how Velázquez in The Surrender of Breda paints 25 upright spears, which are implacably vertical, and 4 inclining spears which make this somewhat less noticeable. In doing so, Velázquez, wants to communicate an air of peace and calm, which is what this painting of the lances transmits. It is also true that two hundred and fifty years earlier Paolo Uccello had painted the Battle of San Romano with 25 tilted lances and only 4 upright, vertical spears, lest there be any doubt. Uccello thus wished to communicate the turmoil of that battle. Both paintings, one in the Prado and the other in the Louvre, are magnificent, whether with tilted or upright lances, as determined by each artist.

And let us now return to Newton’s tale of the apple and the leaf. Apples fall vertically and when Newton, following such a significant event, began to thoroughly study the matter he discovered that the force of gravity, that “g” which caused the apple to fall so undeviatingly, was 9.8, or, in other words, that acceleration due to gravity is 9.8 m/s2.

Of course, if Newton, who was rather a formidable guy, with a brain quite out of the ordinary, instead of running off to study all that, had remained a little longer under the apple-tree, he would have been able to observe that its leaves also fell to the ground. However, instead of falling as abruptly as the apples, they did so in a much more subtle manner: they danced in the air so gracefully that Newton would have been fascinated, as we would have been with him. After all, there is not just one way of falling. For indeed, the leaves, once they had fallen, might well have taken off again, on account of the wind, and continued their dance to the amazement of the apple and Newton himself.

And so, should our architecture follow Newtonian rectitude or could it dance to whatever sound we program for it? Is there not something arbitrary in the decision?

Rafael Moneo in his inaugural address before the Royal Academy of Fine Arts of San Fernando makes “certain considerations regarding the arbitrariness of form in architecture”. He speaks of how the Corinthian capital developed by chance. Of how “an arbitrary gesture transformed a basket enhanced by an acanthus plant into an essential element of construction”. He goes on to say: “arbitrary decisions from the past are calling out to be forgotten while all architectural theory sets out, through rationality, to justify form”, and he concludes: “Architects will not be freed from their obligations towards form and, so it could be that despite our resistance, the phantom of arbitrariness would make its appearance once again”. Because, as I have said before, in architecture there are no indisputable truths. Needless to say, we could also perceive this arbitrariness as freedom.

However, it is also true that when making use of this freedom that steel allows us, by designing structures that are less orthodox, we are predetermining our future freedom to be able to make changes. In an orthogonal structure, when we wish to eliminate a pillar we make a larger beam and that’s that. The many architects who regularly carry out rehabilitation work know that well. But to make any structural change in these “dancing structures” is much more complex.

Freedom has its price.

NB. I am writing this text in honor of the architect Valerio Olgiati, after seeing his very beautiful house in Portugal where the vertical reinforced concrete walls tilt when they reach a certain height. Rather like a box that is opening up its lid to the sky. As if it were one of the branches of Newton’s apple-tree. Olgiati is one of the best contemporary Swiss architects and is professor at the Mendrisio Academy of Architecture.

And I am also writing this text following Professor Joao Quintela’s analysis of Christian Kerez’s Forsterstrasse building, which I myself went on to apply to the architect’s Leutschenbach School in Zurich, where he works with alternative structures. In both buildings, Kerez tilts his pillars achieving surprising effects.

Another day we will consider the question of tensegrity and tensigritic structures, which most definitely involves the rearrangement and movement of things and forces.

NewsArticlesValerio OlgiatiAlberto Campo BaezaChristian KerezRafael MoneoSteelStructures
Cite: Alberto Campo Baeza. "The Apple and the Leaf: On How in Architecture There Are No Indisputable Truths" 02 Oct 2015. ArchDaily. Accessed . <https://www.archdaily.com/774688/the-apple-and-the-leaf-on-how-in-architecture-there-are-no-indisputable-truths> ISSN 0719-8884
Save 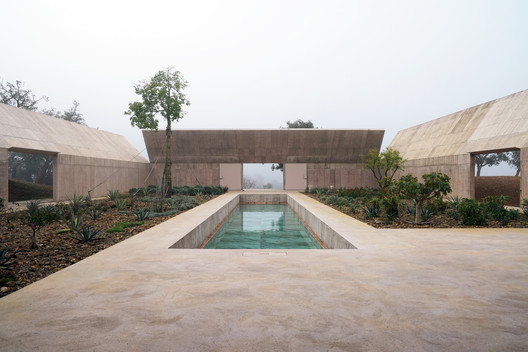