Save
YO! Home Offers a Compact, Transformable Living Space

With the cost of space rising in city centres everywhere, YO! Home by Simon Woodroffe provides a possible solution – a transformable, modular living space. Acting as a reinvention of the traditional studio apartment, YO! Home is a 40 square metre living space with movable features to create the impression of a much bigger home. Read more about this London apartment project after the break. 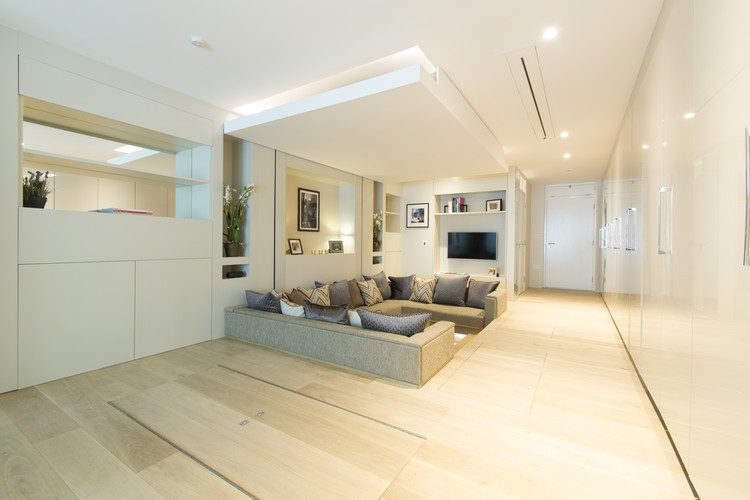 “Homes help shape our lives. They are our refuge, and our rock. Since the invention of the city centre apartment, we’ve never really re-invented it. YO! Home is that new invention," says the designer of YO! Home, YO! Sushi and Yotel, Simon Woodroffe. "Moving parts draw on the wealth of engineering technology taken from fields as diverse as yacht and automotive design, and the mechanics of stage production, allowing the transformation of a 40 square metre space (the size of a one bedroom apartment) into what feels like a much bigger home.”

After the success of their first prototype at the 100% Design Show in London, the second prototype was developed. Initially 80 square metres, the second prototype was downsized to 40 square metres with all moving parts re-tested and developed. The first 24 apartments are being constructed modularly in a UK factory. Similar to an assembly line for cars, the apartment begins at one end and is completed, ready to be shipped by truck at the other. Each apartment is then stacked on site and services are connected, reducing on-site costs and the effect of weather, passing those savings onto customers.

“Our vision is tower blocks of single space YO! Homes in city centres around the world, from Manhattan and Buenos Aires, to Tokyo and Shanghai, changing the way people live in small spaces whilst addressing the growing population issues,” says Jack Spurrier, Managing Director of YO! Home. “But any journey or adventure starts with a first step. And it would be great if our first step is in Manchester.”

Find more information including detailed sketches and construction details here and on YO! Home's Facebook page. 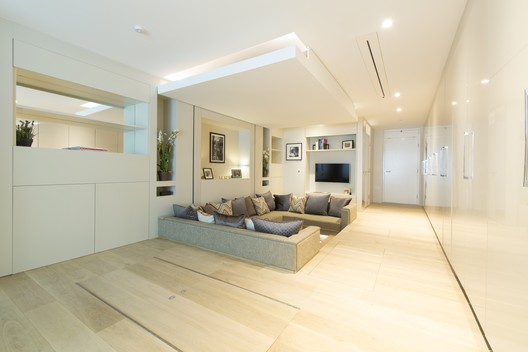