Save
Excerpt: Conversations with Architects in the Age of Celebrity
Share
Or
Copy

Not to be confused with other kinds of stars, the most popular of architects are identified as “starchitects.”* Is this a good thing? The notion of starchitecture is hated wholeheartedly by most of the leading architectural critics. They run away from addressing the issue because they think it has nothing to do with professional criticism. But what do the architects think? One of the architectural megastars, Rem Koolhaas, was astonishingly self-effacing in an interview for Hanno Rauterberg’s 2008 book Talking Architecture:

“I think what we are experiencing is the global triumph of eccentricity. Lots of extravagant buildings are being built, buildings that have no meaning, no functionality. It’s rather about spectacular shapes and, of course, the architects’ egos.” 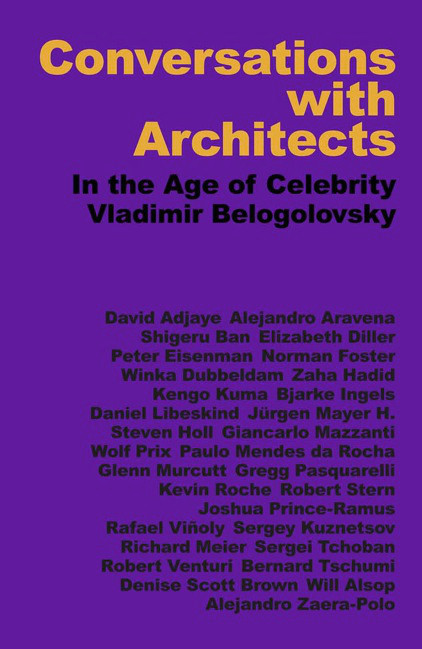 Koolhaas’s view may be an accurate evaluation of the current state of architectural affairs, but he did not diagnose the roots of the architects’ eccentricity. Why do they do these things? It was Morris Lapidus, a successful outsider, the architect most famous for his glamorous Fontainebleau Hotel on Miami Beach, who spelled out his reasons in his entertaining interview that appeared in 1973 book Conversations with Architects by John Cook and Heinrich Klotz:

“I don’t want anybody to pass one of my buildings without noticing it… I want them to stop. I don’t give a damn if they say, ‘My God, who the hell did this thing?’ This may be exhibitionism or showmanship or ego, I may have designed some of the most criticized buildings in the world, but with only one thing in mind: ‘By God, don’t walk by me, I am an architect. I’m trying to show you something. Look at it.’”

Lapidus’s motivation may not be shared by most architects, but at least for some this explains why they enter architecture as a profession or for that matter why anyone enters any creative or competitive field in the first place.

If it is true, as most critics seem to agree, that in our pluralistic day and age contemporary architecture can no longer be defined by a single style or uncompromising school of thought, then perhaps it is the unprecedented status of starchitects and “starchistructures” that has emerged as our era’s unifying theme. It may be just about the last resort for finding tangible common ground in the work of today’s key architects. In fact, common ground is the last thing starchitects are interested in preserving. And if so, this sort of categorization, superficial as it may be, is arguably contemporary architecture’s last bastion. Only the future can tell whether this notion has a long life and what’s next.

Quotes from the Interviews

Will Alsop: "You can open up things to a debate, and you can enjoy it and learn from it, but there comes a point when it is you, the architect, who must make a decision. That’s the art of architecture—putting everything together in your own way."

Bjarke Ingels: "Our architecture is never triggered by a single event, never conceived by a single mind, and never shaped by a single hand. Neither is it the direct materialization of a personal agenda or pure ideals, but rather the result of an ongoing adaptation to the multiple conflicting forces flowing through society."

Elizabeth Diller: "I think of buildings as constructs to make performances. Any kind of program is that."

Jürgen Mayer H.: "What I try to achieve in my work is to use it as a medium to create spaces that go beyond programmatic needs and leave open areas for potential invention of program. The intention is to allow and to invent potential for what we can not even predict or know. I want architecture itself to lead us to potential discoveries."

Paulo Mendes da Rocha: "A good teacher has to act like he knows. Confidence is very important, not only knowledge. Every problem requires thinking, not readymade solutions. You know that you don’t know, but there is urgency to do something. You have to discover the knowledge – that’s the whole point."

For more about the book and the thoughts behind its creation, check out this interview with author Vladimir Belogolovsky on FXFowle's blog. 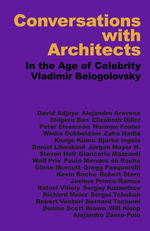 * Editor's note: two years ago, we decided to refrain from referring to designers as "starchitects." This remains our policy, however in the case of this text we have made an exception for a number of reasons. Firstly, as an excerpt it is important that we accurately convey the content of the book. Secondly, and perhaps most importantly, while our decision was taken in order to avoid thoughtlessly perpetuating the phenomenon of the "starchitect" into the future, we consider that Belogolovsky's book is important as a critical reflection of the "starchitect" phenomenon in the recent past, and therefore we believe his use of the term is valid.