Save
How to Render Your Building to Sell it, Not Just Show it
Share
Or
Copy

"The Rendering View," is a new monthly column on ArchDaily by PiXate Creative founder Jonn Kutyla which will focus on hints, tips, and wider discussions about architectural rendering.

As an architect you have spent countless hours designing, modifying, and refining what you believe to be the very best possible layout for a building. The numerous projects you have imagined, designed, and then seen as a finished building have given you the ability to visualize it with incredible accuracy. Unfortunately, your clients often lack the ability to visualize a space before it is built.

3D rendering seeks to solve that problem by accurately depicting what a building will look like with photo-realistic quality long before it exists – but there is a huge difference between showing your building and selling the concept of your building. Showing your building does just what the name implies: generally the camera is pulled back and the focus is on the entire building. When you want to sell the concept of a building you want to focus on a very small aspect of the building that is incredibly interesting to look at.

At this point you are probably thinking to yourself: “The whole building is interesting to look at, I spent a lot of time on the design”. Your thinking is correct. Remember though, when you are trying to sell the concept, details are crucial. As 3D rendering artists, we should think of ourselves as photographers. We do not actually compete with architectural photographers as what we seek to “photograph” doesn’t exist. We are however attempting to accomplish the same thing, which is framing the building is such a way that the viewer can emotionally connect to the image. In order for a viewer to connect with an image, you need to tell a story with your renderings just as photographers tell a story through photos.

While renderings help you connect with the emotions of your clients the development of renderings is built upon art and based in science. Choosing the right POV can make a drastic difference in the quality of architectural photography and the same holds true for renderings. As rendering artists we should look to photographers and study their techniques to improve our work. While doing some research I ran across Heather Conley Photography and was rather impressed with the extensive DIY (Do-it-Yourself) vs. PRO section on her website. Below is a great example from her work of the difference between a photo that tells a story and one that does not.

On the left you see a boring image that does not help you envision the use of space. On the right you see a couple of people walking together and the possibilities of what they could be doing are near endless. More so, it tells a story about the station that you as the viewer can relate to and imagine yourself in. The POV for the shot focused on the overall mode of transportation and composing it with a strong leading line element that draws your eye along the side of the rail car to the commuters in it. Aside from that you also notice a significant difference in the lighting of the two images. What story is the Amtrak bulletin board dotted with lens flare saying? It isn’t telling one. Without a story the connection with the viewer is lost and with it, the ability to evoke strong emotions are greatly reduced.

As with photography, selecting a proper POV for an architectural rendering is crucial. It allows the viewer to envision themselves in a space, enabling them to fill in the details of their story with the space. When you are setting up the POV for your rendering here are some tips to help your renderings connect viewers to the space.

When a viewer looks at your rendering it should be as if they are standing in the building. Placing the camera at around 5’ 8” (1.73 meters) or within a 6” height variation will provide an accurate perspective for a person of average height. In addition to selecting a proper height, you should avoid tilting the camera left or right. If you need to show off a detail at a higher or lower height, instead of tilting the camera up or down, using lens shift will allow you to have straight vertical lines. In MODO this is called film offset.

In order to create a great-looking 3D rendering we must also get in the mindset of an architectural photographer. Here are three basic rules that you should be aware of:

The Rule of Thirds - This rule is one of the most basic fundamentals of photography. The purpose of it is to create a balanced photo. In order to do so, photographers generally break down the photo into 3 vertical and 3 horizontal segments, essentially creating a 9 box grid over any photo. In addition to creating balance, placing focal points at grid line intersections is supposed to create a focus. In regards to renderings, you should place areas that you want the viewer to focus on in the intersection.

Leading Lines - Wouldn’t it be great if you could tell people exactly where to look in your photo or rendering? Well, you can and leading lines are how. Leading lines generally start in the foreground and on the outer edges of an image. The purposes of these lines is to guide the viewer’s eye to certain points in the photo. In an architectural rendering, you could incorporate a leading line that draws the viewer to a fireplace, which is a great way to help them visualize themselves using the space.

Telling a Story - Remember, the very reason we create renderings is to help viewers connect with a space that does not yet exist. If you were selling your house, you would stage it in such a way that helps the potential buyers visualize their families using a space, sitting around a table, or gather at the kitchen island. If you wanted to sell a car, you would highlight the features of the car that meet the needs of the potential buyer and allow them to picture themselves in it. The exact same approach needs to be incorporated into renderings. Think about the features shown in your rendering and add details that make those features come to life.

Combining the basic rules of photography with storytelling will allow you to make a rendering come to life for the viewer. The same subtle details that make a world of difference in photos are also very important to consider when creating a rendering. While you shouldn’t limit your imagination with those rules, they serve as a solid starting point for any rendering or photo shoot.

Jonn Kutyla is the founder of PiXate Creative, a company that specializes in creating compelling 3D visualizations. His monthly column for ArchDaily, "The Rendering View," focuses on hints, tips, and wider discussions about architectural rendering. If you are interested in more information about PiXate Creative, visit the website at www.pixatecreative.com or connect on LinkedIn. 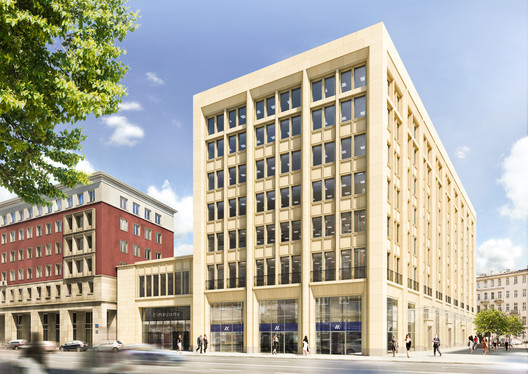