Born in New York to Czech parents, Hejduk graduated from the University of Cincinnati in 1952 and rapidly added a Master's degree from Harvard a year later. Unlike most prominent architects, who would attempt to join a practice or apprentice under a contemporary master, Hejduk jumped right back into university, but this time as a teacher at the University of Texas - where his unusual teaching style had him join the "The Texas Rangers," a group of young architects who created an innovative school curriculum. After the entire group was fired, Hejduk briefly worked under I M Pei in New York and taught at Cornell, before eventually settling at Cooper Union, where he became a professor in 1964.

After many years of hopping around, working at Cooper gave Hejduk the stability and position he needed to make waves. Winning a research grant in 1967, he began exploring his early, radical curriculum of exercises involving creating space using geometric shapes placed in various square, diagonal and curving grids in more rigorous detail, but he soon moved away to a more "free hand" approach. He began exploring new influences: psychology, mythology and later in his career, religion.

Publishing his first book in 1969, he embarked upon a career as an artist and theorist, teaching that elements were loaded with emotional context. His drawings often considered themes of architecture through a rather dark lens, and his most famous, the New England Masque (1981) charted alienation within a marriage and was inspired, of all things, by the film version of Stephen King's "The Shining."

That's not to say Hejduk wasn't a practical architect as well as a theoretical one. Many of his drawings were detailed, buildable architectural plans, such as Wall House I, where he used a single wall to divide the space in hopes of investing it with emotions of division. He built several projects in Berlin, including Cooper Union's Foundation Building (1975) which he reconstructed, Wall House II, which was built posthumously in the Netherlands, and the famous Kreuzberg Tower, built in 1987 and designed as part of a competition to provide new forms of low and middle income housing in West Berlin. A quietly regimented design, it stands out against the other more post-modern designs of the competition with its reduced color palette and focus on shape.

See all of John Hejduk's work featured on ArchDaily via the thumbnails below, and further coverage below those. You can also see a gallery of his paper work here. 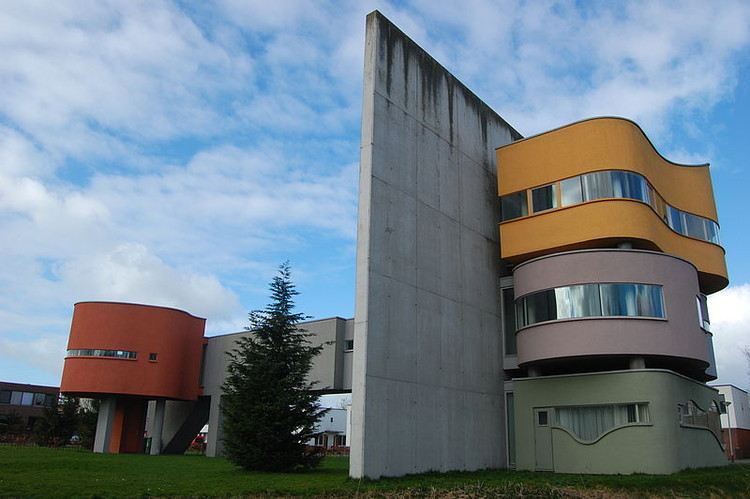 "Too Radical to Implement Yet Too Relevant to Ignore": John Hejduk's Kreuzberg Tower 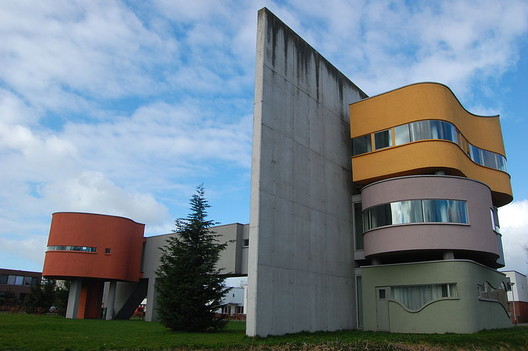