The Council on Tall Buildings and Urban Habitat (CTBUH) has shortlisted four buildings for the annual "Best Tall Building Awards." Considered to be the four best skyscrapers of the year, the buildings have been named from each of the four competing regions in the world - Americas; Asia and Australia; Europe; the Middle East and Africa - from nominees representing 33 countries. One of the buildings will be crowned the world's best at a ceremony this November.

SOM's One World Trade Center (Americas) is "a bold new icon for New York City built on the World Trade Center site, whose design acknowledges the adjacent memorial, and whose symbolic importance to the city and the country cannot be overstated. Its form calls to mind several classical New York skyscrapers for which the city is best recognized. The building had high design expectations which the jury felt were met and exceeded," says the jury.

Toyo Ito and RSP Architects' CapitaGreen (Asia and Australasia) is "outstanding in that green living vegetation covers 55 percent of the perimeter of its façade, giving the landmark its iconic appearance. The jury noted that the building presented a new way forward for high-rise vegetated façades by placing them within the double skin, offering the potential for solar shade and even agricultural output, as well as environmental and psychological benefits."

Boeri Studio's Bosco Verticale (Europe) is "unprecedented in its deployment of greenery at such scale and height. The building’s intensive “living façade,” incorporating numerous trees and 90+ species of vegetation, is an active interface to the surrounding environment. The scheme is exceptional in that the plants act as an extension of the tower’s exterior envelope. The jury called this exploration of the viability of greenery at such heights groundbreaking."

Foster + Partners' Burj Mohammed Bin Rashid Tower (Middle East and Africa) "blends into its cultural and geographic context both through its design and its use. The jury appreciated that the tower’s undulating cladding creates a mirage effect that alludes to its desert ambience. A marketplace based on the traditional souk, with offerings ranging from modern luxury goods to regional artisanal crafts, helps integrate the tower to its surroundings."

Each tower was chosen for their "strong commitment to sustainability" and for being an exemplar in the use of greenery as "both to enhance the comfort of the building’s users and reduce the environmental impact of the building." Others were lauded for their "dramatic sculptural form and urban presence."

Project descriptions provided by the jury. 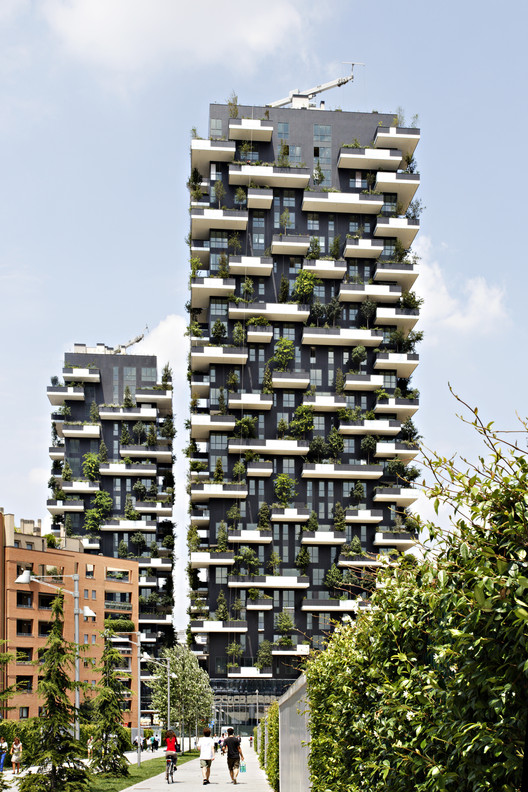