Design Indaba, in collaboration with the C-City Design Museum in Kerkrade, the Netherlands, has selected Hennie Botes’ “Moladi” for their new exhibit: “Design For A Better World | Innovations For People.” The exhibit aims to raise awareness of the significance of design by selecting projects relevant to current issues worldwide. Based out of Port Elizabeth, South Africa, Moladi has provided a solution to the problem of affordable housing since 1986.

Learn more about the construction system and its benefits for affordable housing projects after the break. 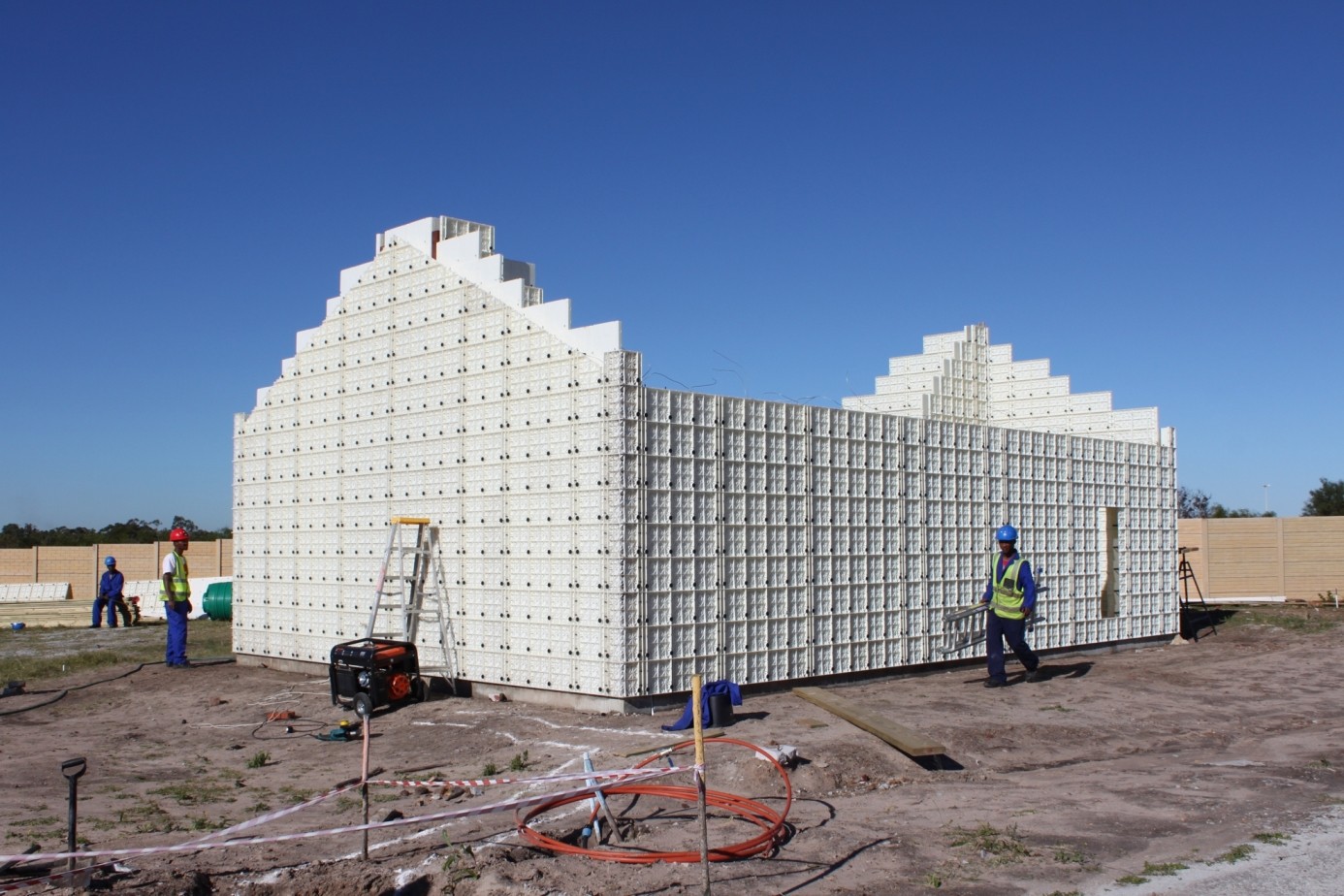 Frustrated with the time constraints and lack of resources, skilled labour, work flow control and waste management in traditional building technology, founder Hennie Botes designed Moladi as an alternative solution. Using reusable molds, assembled from a system of 30cm x 30cm plastic panels, buildings are cast with an aerated mortar (stoneless concrete) for completed construction in as little as 24 hours. Although Moladi has no restrictions on its application, it is especially suitable for low-cost housing. Each casting mould can be used up to 50 times, saving cost at a grander scale.

Using the plan of the building, unskilled labourers can assemble the formwork, positioning services such as electricity and plumbing, as well as block-outs for windows and doors in the wall cavity. After the mortar is poured, it dries overnight and the formwork is removed. The walls are then painted with a cementitious, water-based paint and the roof, windows and doors are installed. Finally, sanitary wares and lighting fixtures are installed. By simplifying the assembly and reducing the use of traditional building materials, this basic model reduces cost, complexity and the required skill, time and money typically associated with construction.

Moladi will be exhibited at “Design for A Better World” along with works curated from museums worldwide, such as the Cooper Hewitt in New York, Design Museum Taiwan, Powerhouse Australia, Mind Museum Manila and Design Museum London.