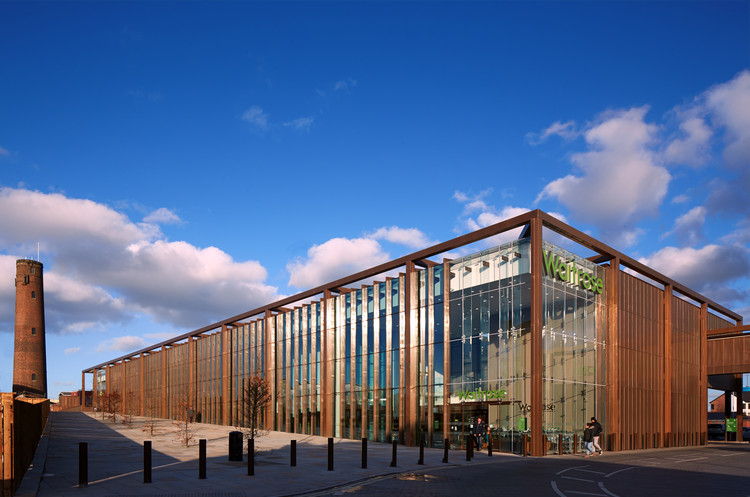 Text description provided by the architects. Waitrose is a commercial development located on a key arterial route into Chester City Centre. The scheme, designed by Broadway Malyan’s Liverpool director, Matt Brook, comprises a new flagship Waitrose store together with a fully integrated public realm including a new pedestrian bridge across the canal.

The project’s ability to blend seamlessly with the surrounding urban terrain is about understanding that the key to good supermarket design is the promotion of place - and integral to this is the importance of sensitive scaling, well-considered geometry and thoughtful materiality.

The building and public realm are designed as part of asouthern gateway to the Chester Business Quarter, which also includes, on the opposite side of the canal, an additional Matt Brook design, the fully consented mixed-use development incorporating Chester’s Grade II listed shot tower* and former leadworks.

The supermarket’s massing sits within an elegant colonnade configuration that unifies the entire scheme, giving it a strong civic presence. Active frontages along its three principal facades engage with the surrounding area. This is particularly evident on its south elevation where a series of flexible retail units animate the streetscape along Boughton Road.

On the west elevation, the building’s public realm presents itself as a sloped walkway that runs in parallel with the travelator hall. This allows the lower level car parking to be concealed, while providing level access to the new footbridge that links directly with the shot tower development and the wider Chester Central masterplan.

The specific alignment of the supermarket and the adjoining walkway, moreover, importantly enhance views of the shot tower from Boughton Road, thus providing this historic structure with a new urban purpose as a way-finding device for the train station and the Chester Business Quarter.

The building’s contextual credentials are further enriched by the bronze metal cladding, coupled with the expressed structural elements that reference the industrial heritage of the site. In addition, the strong, natural colour of the weathered bronze complements the brick used in the neighbouring buildings.

From a tectonic standpoint, the Waitrose store is articulated as a steel frame construction with the first floor constructed from pre-cast hollow core concrete planks topped with a structural concrete screed. The colonnade and primary structural elements expressed on the exterior of the building are set out on a 7.9m structural grid and clad in sheet bronze, with the main elevations being clad in either perforated bronze sheets or glazed with a curtain wall capped with perforated bronze vertical fins. Both are set out vertically on a 1.128m grid sub-module of the primary structural grid.

From the outset, the project was committed to reducing the energy demands of the building. The design and orientation of the travelator hall, on the west elevation, for example, allow it to passively heat the store; while the use of perforated bronze fins, attached to the glazed curtain wall mullions, provides solar shading during the most intense periods of direct sunlight, so reducing the demand on the air conditioning system. Furthermore, the abundance of natural daylight to the main public entrance lobbies and travelator hall reduces the requirement for artificial lighting during the day.

Detailed planning consent was obtained in October 2012 following extensive collaboration with the local planning authority. Construction began in March 2014 and was completed, on schedule, by Barr Construction in November 2014. The clients for the project were the John Lewis Partnership. Waitrose comprises a 2,756m² net sales store area, 432m² additional retail space, and 196 car park spaces. 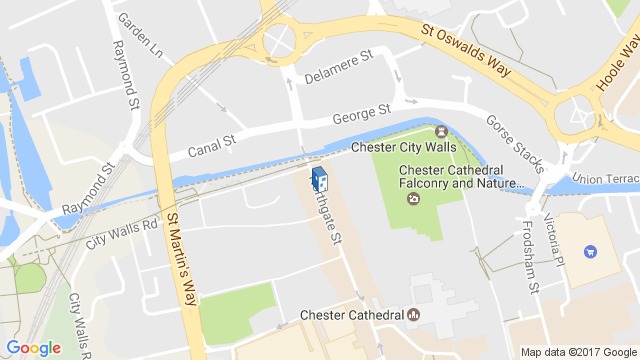 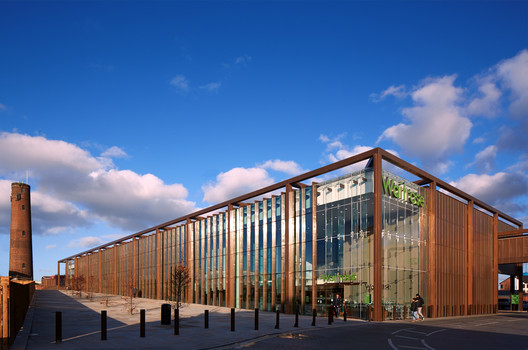