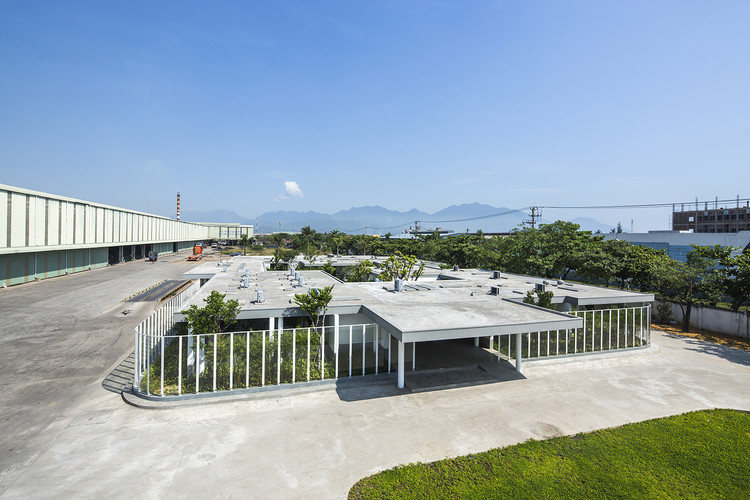 Text description provided by the architects. The point to create architecture is to provide a habitable space for one to dwell within nature. The boundaries between man-made environment and nature must be in a coherent symbiosis. One must embrace the other and vice versa. The core principle of this project is to provide multiple transitional layers from inside out and outside in to achieve a soft and light spatial transparency. This spatial emergence is cultivated by deep understanding of local architecture, skillful composition of geometrical planes to create functional spaces with view and access in related to indoor and outdoor gardens. Thus, the boundaries exist in a dimension drawn by a blur line between inside, outside, man-made and nature.

Layerscape is a series of fluctuating layers of space engaged in a horizontal dimension, at which point work in a mutual cooperation in order to achieve a harmonious relationship that satisfy human needs and stimulate coexistence between human and the natural ecology.

Dedicated to a steel manufacturer, the office locates in an industrial park, one of the many in Da Nang, Vietnam. The city is classified within the tropical monsoon climate, with an average humidity of 75%(weather base: historical weather 2014). The year is divided into two seasons: typhoon & wet from September to March, with an average rainfall 2044mm and highest wind speed 14m/s, dry season last from April to August with highest temperature reaching 41° c.

In additional, prior the design team engagement with its client, the site already has a design correspond to typical office building in industrial parks throughout the country, let alone the cost to build is too high, risky, no green space and does not respond to any local climatic conditions. The master plan for this plot includes existing factory plant and future expansion, which will utilize the empty site behind the dining room.

The architect approach design issues with intentions to localize the architecture, break the typical office building typology, reduce cost, and fulfill programmatic needs within a constrained construction site while staying true to the core principle.

Juxtapose against the industrial setting, the architecture emerges not as an office building but an escape space for both white and blue collars. It filters noises, visual eyesores, all the hustling bustling of labor works, and what is left is just one’s selfness blended with nature. This sense of space is often found in traditional local house throughout the region; such example includes the well-known Hoi An row house. A typical house usually consists of open space at front, middle, and back of the house to facilitate cross ventilation and promote a positive connection to the environment.

The team understood this principle and implements it very subtle. The building is wrapped with a system of perforated metal screen, glazing, and a planted buffer zone to differentiate the “escape space” from the factory. Programmatic spaces are shifted slightly to form a large indoor garden, and create multiple alternating layers of spaces, connected by a covered corridor. There are no clear boundaries between the office environment and nature, thus anyone can establish a connection to nature visually, bodily, and spiritually. One can take a short stroll along the interior corridor, encounter the indoor landscape, witness the contrast between light and shadow, and occasionally the dripping rain, while moving about to another space. Light dapple through punctures on the roof, makes its way thought space, and reveal the passage of time. The localized architecture appeals not only to the eyes of the dwellers but also tingle their other senses, thus becoming aware of their oneness with nature. 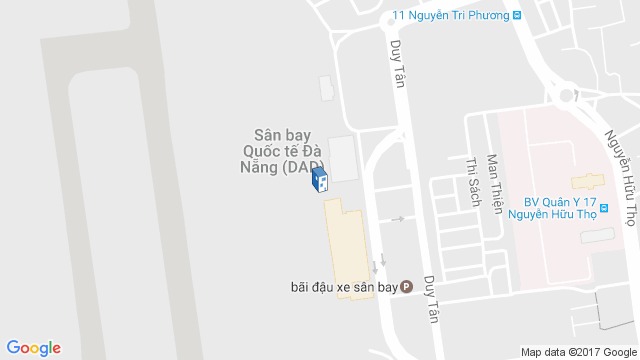 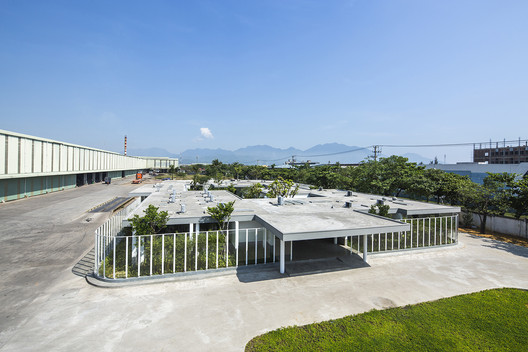