Text description provided by the architects. Haworth Tompkins announces the completion of NT Future, an £80m refurbishment of the National Theatre on London’s South Bank. Opened in 1976, the NT is one of Britain’s most important 20th century buildings, and arguably the masterpiece of architect Sir Denys Lasdun. NT Future equips the National Theatre to sustain its position at the forefront of theatre, while regenerating the building to address a radically changed urban context.

The National Theatre was designed to be welcoming, and openness lies at the core of NT Future. Audiences will benefit from the Dorfman Theatre (formerly the Cottesloe). Learning groups of all ages will be received in the new Clore Learning Centre. Foyers have been refreshed, and extended with an NT-run riverside café and bar, while landscape has been regenerated around the site. Meanwhile, the backstage workshops – perhaps the biggest factory left in central London – will offer a new engagement with the public both through greater visibility from the street and an internal public viewing gallery. Since Lasdun’s building was completed, the public river walk has been extended, Waterloo has been regenerated, and the South Bank has become a new centre for London. NT Future embeds the National Theatre at the heart of this transformation.

NT Future has had a long development. Haworth Tompkins was appointed in 2007 to write a Conservation Management Plan for the building, in collaboration with the London Borough of Lambeth, English Heritage and the Twentieth Century Society. This approach created detailed understanding of Lasdun’s architecture as a foundation for the NT Future proposals.

The resulting changes include a new production building, the Max Rayne Centre, to the south of the NT; reconfiguration of the Cottesloe Theatre to create the new Dorfman Theatre and Clore Learning Centre; opening up of the north-east corner, formerly a service yard, to address the river walk with a new riverside bar and café; remodelling of the main entrance; transformation of landscape and terraces; and refurbishment of the foyers. NT Future gives the National Theatre new spaces for education, design, digital production, and workshop assembly. Sustainability, based on work by environmentalists Atelier Ten, will be greatly strengthened. Public attitudes to Twentieth Century architecture are changing fast. NT Future aims to make Lasdun’s greatest building accessible to a new generation, while enabling the NT to develop their role at the forefront of world theatre.

The scheme’s lynch-pin is the Max Rayne Centre, a new production building to the south of the NT that houses a state-of-the-art painting workshop, production offices, and a studio for designers, as well as departments relocated to enable change elsewhere in the building. Clad in aluminium fins and crumpled steel mesh, the Max Rayne Centre is designed to complement rather than replicate the NT’s masonry language, harmonising with Lasdun’s austere orthogonal forms. Its west-facing balconies enable the NT to address Waterloo Bridge and Upper Ground, while a glazed facade to the east opens up the painting workshop to passers-by.

The Dorfman Theatre, named after a signature gift from Lloyd Dorfman, founder of Travelex and a long-term NT supporter, maintains the Cottesloe’s spirit while enhancing seating, capacity and stage equipment. Carried out in collaboration with theatre consultants Charcoalblue, the changes will offer a better experience for audiences, and more flexibility for practitioners. The Dorfman will also be available for education use during the day, in conjunction with the Clore Learning Centre, whose education facilities have been converted from former workshops. The Dorfman Theatre foyer has been reconfigured for all-day opening, with access to the public Sherling High Level Walkway that allows visitors to see into the newly-refurbished workshops.

The NT’s north-east corner, formerly a service yard facing the river, has been converted to public use with the creation of The Understudy, a new bar, Kitchen, a relocated café, and a new external entrance to House, the NT’s refurbished restaurant. All catering spaces will be run by the NT itself. They will activate a part of the river frontage that was formerly back of house, enliven the river walk, and offer a new welcome to visitors arriving from the east.

The National Theatre’s main entrance, much changed in the 1990s, has been remodelled to improve the connection with the river walk, aid wayfinding, particularly from the eastern approach, and restore the original 45-degree axial entry to the building. The riverside bookshop has been relocated to create life at the heart of the foyers. The main foyers have themselves been refurbished, with signage based on the original design, restored joinery and finishes, and a more transient layer of furniture and lighting to reflect the National Theatre’s own warmth and openness.

All around the building, landscape has been redesigned in collaboration with Edinburgh-based landscape architects Gross.Max to provide a more consistent setting for the NT. The Bank of America Merrill Lynch Terrace has been planted as a garden for the use of local residents as well as audiences. Signage, lighting and furniture have all been transformed.

A project as complex as NT Future has required Haworth Tompkins to develop a range of different architectural responses, from best-practice conservation of concrete (researched with the help of the Twentieth Century Society), through keyhole surgery to improve functionality and adjacencies, to development of an architectural language for new work both sensitive enough to respect Lasdun’s building, and robust enough to stand alongside it. These changes have been carried out within an intellectual framework that safeguards the NT’s precious primary fabric, while finding room for the NT’s own dynamism and freshness to be reflected in its public spaces.

Haworth Tompkins said: “Denys Lasdun’s National Theatre is one of the great buildings of the Twentieth Century. We set out to build on Lasdun’s vision of public openness so as to reveal it to new audiences and a changing context. NT Future will keep the National at the top of world theatre. With the South Bank coming to life, we hope our changes will help a new generation celebrate the extraordinary quality of its architecture.”

Lisa Burger, Executive Director of the National Theatre, said: “We’ve worked with Haworth Tompkins for many years to bring NT Future to fruition. It’s been an immensely collaborative and rewarding process, and we are thrilled with the results, which will open up Lasdun’s wonderful building to the audiences and theatre practitioners of the future.” 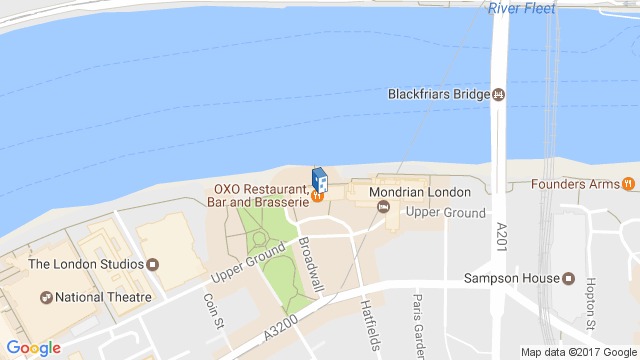 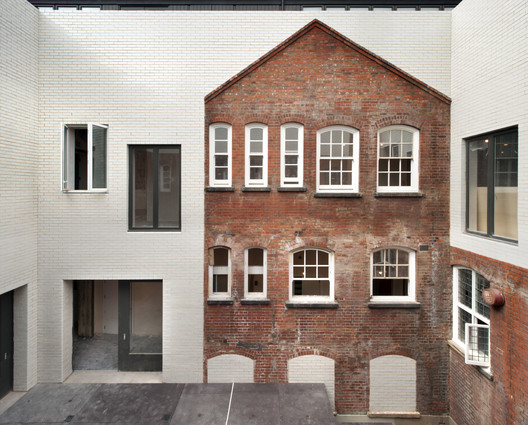