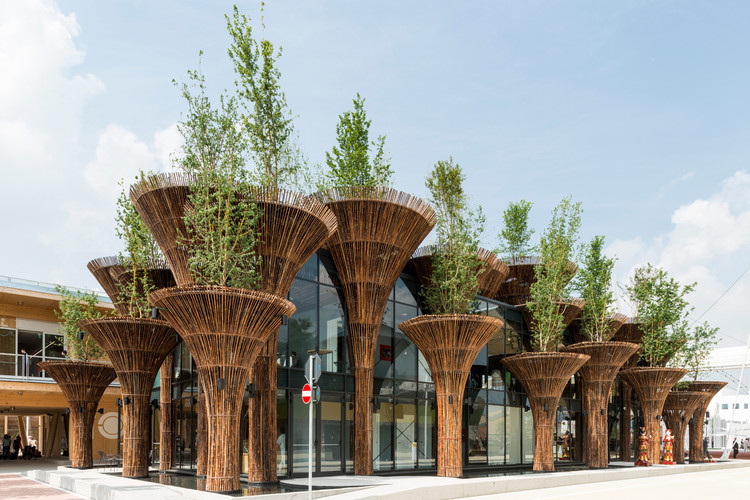 Text description provided by the architects. Due to the economy development in the world, people are becoming rich and the standard of living is improving. On the other hand the majority of the population is also suffering from wars and poverty and it is seen increasing with the economic and social development of the society. There is a major motive to feed seven billion people in our planet, in the current world human beings have been falling in the trap of technology, city life and technology have made human beings disconnected from nature which has further lead to the mental disorders of society. In particular there are many problems modern man is facing. People are deeply sunken to the Internet community which is threating their human spirit.

Our message through Vietnam Pavilion for the Milano Expo 2015 with the motto “Feeding the Planet, Energy for Life” is to bring back the power of living for urban peoples by not only providing food for their body but also providing them positive and harmonic feeding for their minds which is an important human daily need as a food. Plants on buildings harmonize the living environment which positively affect human mind. Vietnamese cities, including Hanoi and Ho Chi Minh City lose green areas which are decreasing to less than one square meter per citizen beside the economic development. As a counter proposal to the current situation, we want to share an approach to plant trees even on top of buildings by integrating it in the building design.

Vietnam pavilion site was only 887sqm and after deducting set back from the site it was left to less than 400sqm, however the pavilion is realized as a forest with forty six trees above the building with an intension of the environmental conditions below the trees. Our proposal is to bring back the trees to the cityscape in order to share the importance of nature and regenerate living in harmony with nature. Not only do the trees provide the visual and emotional impact to the human beings but also drop the shadows on the building in order to block the solar radiation. In addition, the trees further create a refreshing breeze along with the pool, to enable energy-saving operation of the building while providing a comfortable place in the surrounding area.

Bamboo is another construction material of this pavilion, bamboo has a very rich and strong relationship with the Vietnamese culture and life scene. The pavilion columns are cladded by bamboo which gives a texture to regain peace in the minds of the people and a symbol of tactile natural material in space. Twenty Vietnamese bamboo craftsmen who are educated through bamboo building projects installed the bamboo parts which show the Vietnamese spirit of manufacture.

Due to the low construction and design budget for this pavilion, 2.08MUSD, the design costs were made voluntary. The exhibition is opened temporarily only six months therefore it is not feasible to invest a lot of money and energy in the building process. The pavilion had been realized as a building which has obtained many fruitful achievements by bamboo rapid re-production, trees planted in pots and reusable structure. We propose concept called “Building for trees” for future cities which give joy of the living to people. 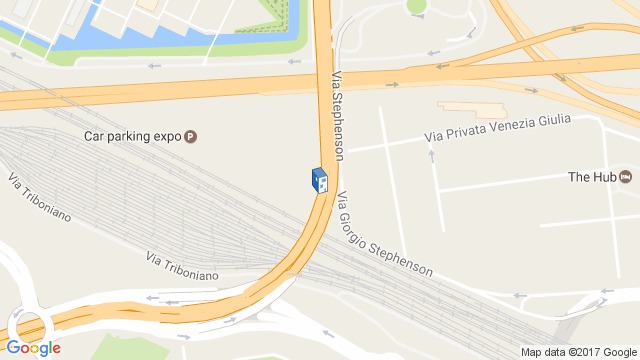 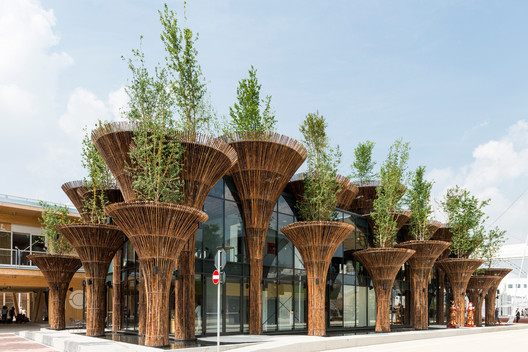