Milan-based photographer Delfino Sisto Legnani recently spent time in the compound of the 2015 Milan Expo twenty four hours prior to the inauguration of the event, which officially opened at the start of this month. This unique insight, captured through his lens and preserved for posterity, shows the state of the site and pavilions just before the Italian military began their final safety and security checks. Cables, garbage and hazard tape is strewn across the pavilion entrances and public spaces, while lorries and white vans unload the last of the interiors.

Tour Legnani's photo-essay after the break. 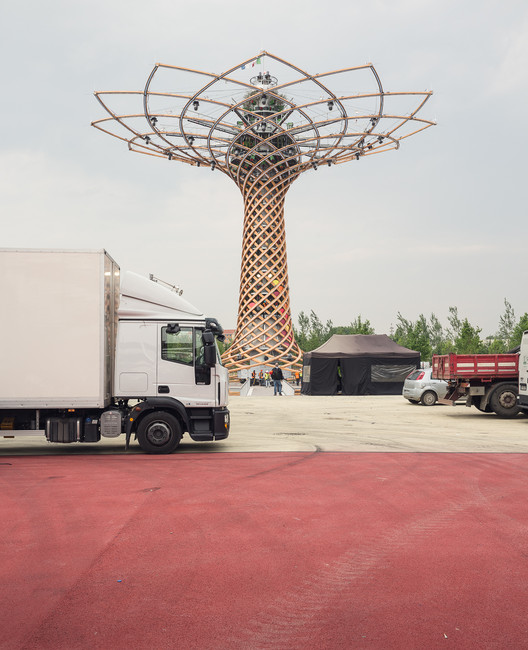 Delfino Sisto Legnani is a photographer with a degree in architecture and is a member of the association of journalists. He collaborates monthly with major international magazines and independent publications. Concurrently he pursues his research projects that range from reportage to still life. His photographs have been exhibited at the Venice Biennale, the Victoria and Albert Museum in London, at the Milan Triennale, as well as in numerous galleries.