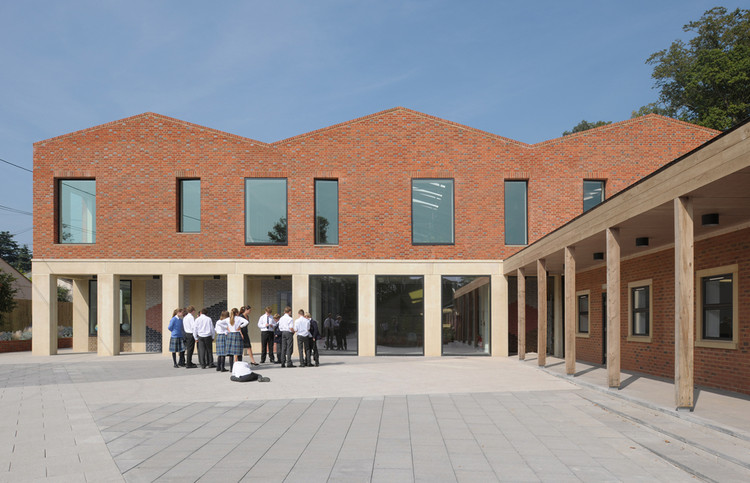 Text description provided by the architects. The Fitzjames Teaching and Learning Centre, Hazlegrove School by Feilden Fowles has won an RIBA South West Award 2015 and the RIBA South West Client of the Year Award 2015. The jury commented that the ‘building is a testament to the fact that the client - architect relationship was extremely capable of delivering stunning architectural solutions that inspire and enhance the users' experience’.

Hazlegrove is an Independent Day and Boarding Preparatory School for pupils aged two and a half to 13 years. The school occupies a 17th century Grade II listed house and is set in 200 acres of parkland. The Fitzjames Teaching and Learning Centre, which officially opened in autumn 2014, embodies the school’s ambition to instil a love of learning, enquiry and intellectual rigour, by providing flexible teaching and learning spaces in an innovative arrangement to encourage independent learning. Located at the end of two key axes in the school campus, the brick building and surrounding external courtyard creates a new academic hub at the heart of the school’s Grade II listed campus. The design is informed by the research work of educational theorist Bart McGettrick, who was consulted early on in the design process shortly after Feilden Fowles’s appointment in 2012. This led to the exploration of ecclesiastical and monastic typologies, which are widely accepted as successful spatial models for education. The result is classrooms and break out spaces designed around a large central resource space, in which students can work in small groups and use resources outside the classroom context whilst being passively supervised.

The building is designed in a contemporary idiom, in a style and materialisation harmonious with the original school building. Adopting a classical formality, the façade aims to establish a civic presence and emphasise the role of the courtyard in front. Its sequencing of entrance courtyard and colonnade has a precedent in iconic buildings of the past including Schinkel’s Altes Museum. The new timber canopy to the Woodlands block and pre-cast colonnade of Fitzjames provide covered external break-out space whilst bringing a sense of unity and civic presence to the courtyard. Materially, tones and textures of the building reference the existing, handsome red brick walls flanking Hazlegrove House.

Feilden Fowles worked with Ibstock’s factory in Swanage to develop handmade red bricks and glazed black headers to add further depth to the flemish bond. A ceramicist based in North Devon cast the 4000 coloured glazed bricks that adorn the inner walls of the colonnade. To engage pupils of the school in the construction of their new building, Feilden Fowles worked with the school to facilitate participatory glazing workshops, so that they could better understand the craftsmanship of the building. The brick is complemented by architectural precast concrete colonnade and cills, which emphasises the rationality of the façade. The central resource space is constructed of a steel frame. The interior is characterised by cruciform columns that support the upper balcony and form an arched truss above, achieving a strong continuous line from ground plane to roof structure and creating a truly uplifting space to inspire learning.

The new building adopts a fabric first approach to sustainability; it is well insulated, naturally ventilated and achieves excellent daylight levels, strategies which minimize energy consumption as well as ensuring a comfortable learning environment. At the Centre’s inauguration, Headteacher Richard Fenwick said: ‘As well as being an architectural and constructional triumph, we believe it makes a clear and strategic statement about the future of education. Its semi-open-plan design allows pupils to learn with an increasing amount of independence, breaking out of the classroom and utilising the technological resources that they have, literally at their fingertips. This will enable them to become equipped for the future as confident, independent and interdependent learners.’ 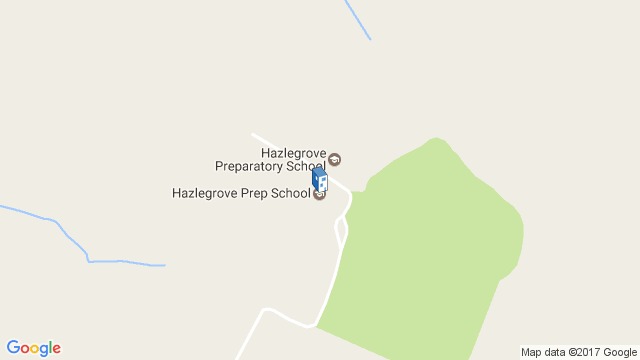