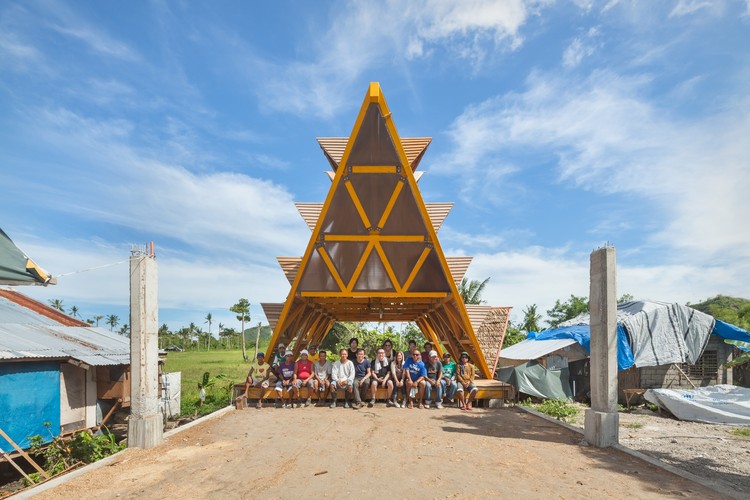 Text description provided by the architects. There're been numerous architectural attempts to support people struck by natural disaster. In general, they tend to end up recovering the damage. Or, at most, they achieve providing innovative structure. Yet, it can only perform better in disastrous condition or gives better quality of life. As we participated from the very initial stage, we tried to deliver it beyond this recovering level. We set our goals to support the change of the community after disaster and to organise collective manoeuvre on disaster. Super Typhoon On the 8th of November, 2013, typhoon Haiyan hit the Philippines hard, and Tanauan suffered the most damage, directly bombarded by the storm. Tanauan lost 1,275 souls. Haiyan set the world record for the strongest typhoon, with maximum wind speed achieving 397km per hour. The powerful gust blew away rooftops, and the typhoon brought along a 6 metre high tsunami, which devastated the area. Gradual Collapse In Tanauan, roof structure is generally made of metal plate. When typhoon hit the town, it became a threat to next door. To make matter worse, international disaster relief provided more metal plates for recovery, since it is cheap and easy to install. We required to approach from different angle in order to inform how hazardous the roof system is and to suggest an alternative. Getting rid of the threshold between wall and roof, we divided the structure into the primary and the secondary. It is for the gradual collapse against the hard gust, and for the survival of the primary structure which will be the frame of the quick recovery. The primary steel structure has been fabricated in Korea and delivered to the site, while the secondary structure has been made out of local lumber.

Local Community & Livelihood Tanauan has depended on coconut industry and fishery industry. As well as rest of the Philippine, it wasn't a wealthy town. However, ironically, the local community is already lured by unprecedented capital, since they are experiencing life threatening from the devastation along with world-wide funding under the name of relief. Therefore, the relief has to be the recovery of individual life, as well as establishment of the sound sustainable community, in terms of both hardware and software. Architecture for Society Disaster Responsive Shelter is a building to which social and geographical context is more important than the internal programme. Although most of the time the shelter works as ordinary phase, emergency phase isn't less important, so they had to be compromised in terms of programme. It is impossible to seal the shelter from outside condition in case of disaster, due to the tsunami, typhoon brings along. Instead, when typhoon is forecasted, they need to evacuate the site. And this shelter will be the gathering point for the people who have to evacuate at last minute. Thus, distribution of this prototype is paramount. During the ordinary phase, considering the scale of this building is unusual in Tanauan, this building will accommodate local activities and events. The activities and events are open to the public as long as community-beneficial. Yet, the initial setting of relation was critical for the actual welfare of the local community. 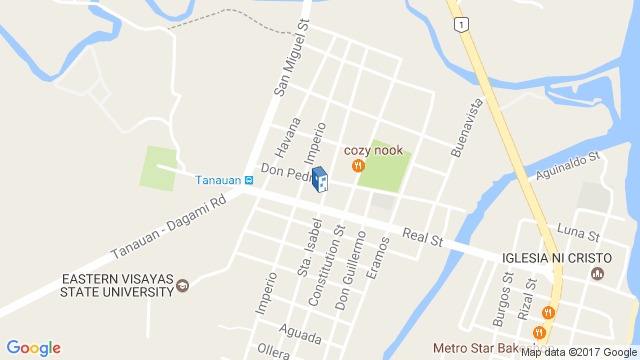