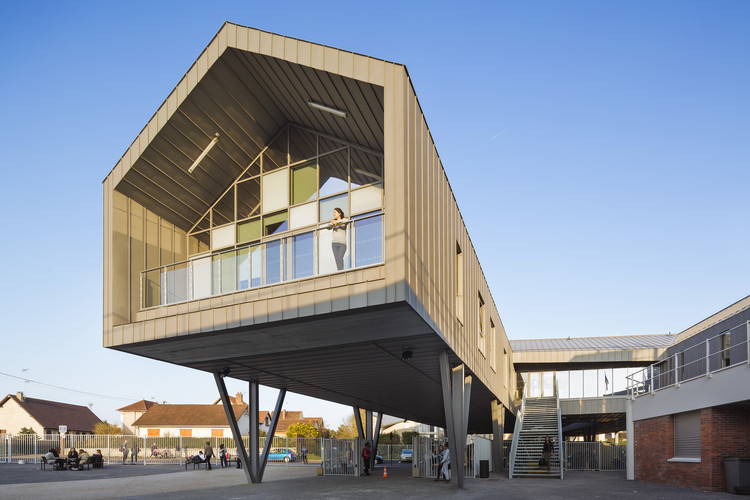 Text description provided by the architects. The purpose here is to give a high school consistent with the city of Gisors. An institution rooted in a city of human scale and rich historical references. A city which kept his medieval past and his contemporary rural environment. Historically the two high schools are adjacent, now closely linked by the administration and running, it is time to unite Louise Michel and Louis Aragon high schools.

The previous running was complex. The multiplicity of access and the lack of links between the buildings were dividing the high schools. We choosed a clear design allowing an easy orientation for the users and facilitating exchange between the two high schools. The new united high school is on both sides of the Old Eragny street. A large plaza allows arriving and access for the 1500 students and professors in total safety. The bridge building gives access to the Louise Michel high school playground from the Louis Aragon main playground. It creates a link contributing to the unity of the whole site.

By his situation and his unifying function, the bridge building becomes the sign, the emblem of the new high school. It is also his focal point. It houses the spaces dedicated to students (school life, home, study rooms...), they are directly related to the two playgrounds. Professor’s spaces are located close to the administrative parts of the two high schools.

The Louis Aragon high school hall is designed as the new central point of the new high schools. It is in the same time place for meetings and the nerve center of circulation of the entire site. It distributes access to all points of high schools : bridge building, classroom, playground, library, multipurpose room and students housings. 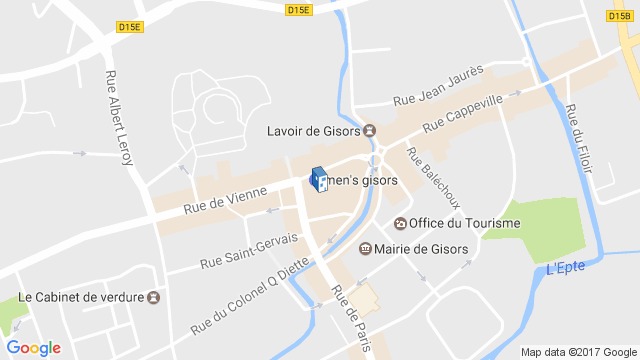 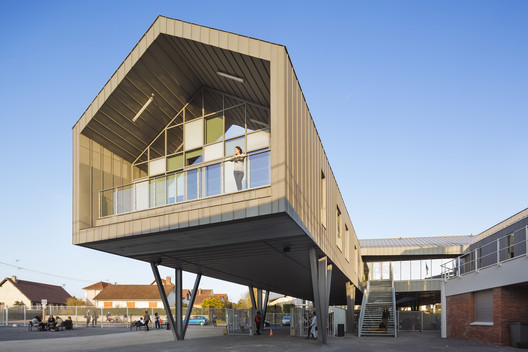