Skidmore, Owings and Merrill (SOM) has released a conceptual masterplan for Egypt's new capital city following its unveiling at the Egyptian Economic Development Conference. The 700-square-kilometer "Capital Cairo" hopes stimulate Egypt's ailing economy and alleviate Cairo's rising population density, while adhering to the cultural and climatic conditions of its site.

All the details, after the break. 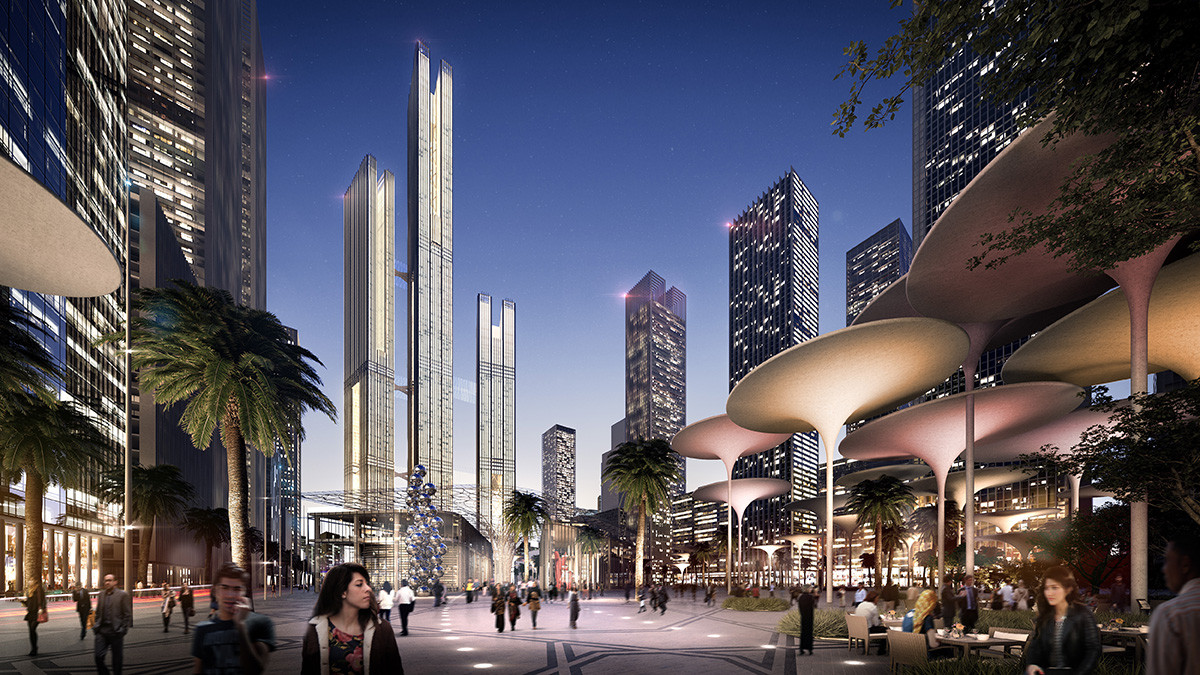 The initial masterplan was developed by Philip Enquist, Daniel Ringelstein, and George J. Efstathiou of SOM's City Design Practice, Urban Planning, and RIBA Consulting, respectively. The design addresses the region's growing demand for housing. Over the next three and a half decades, an anticipated doubling in Cairo's population will occur, overwhelming the already dense city; the new capital will alleviate some of this congestion by accommodating several million people.

Laid out within a confined boundary, the Capital Cairo is grounded by several districts, ranging in function from business and administrative to cultural and innovative. Among these, 100 unique residential neighborhoods will provide housing. From medium to high-density, these will be informed by the region's climatic conditions, employing passive cooling through natural breezes and incorporating native vegetation.

Each neighborhood is grounded by a central public space around which all the shops, schools, religious buildings, and other functions lie. This layout not only centralizes activity and improves accessibility, but also speaks of its place, drawing inspiration from the traditional layout of the region.

Remarked SOM's City Design Practice Director Daniel Ringelstein, "The Capital Cairo complements the national vision for an Egyptian renaissance. This is a rare opportunity for the people of this vibrant nation to express and build their aspirations of a better life for all. The future city will strengthen and diversify Egypt's economic potential by creating attractive new places to live, work, and welcome the world."

Plans for the Capital Cairo will be further explored before extensive construction begins.