Yesterday we brought you The Urbanists, and today we present women leaders in landscape architecture. 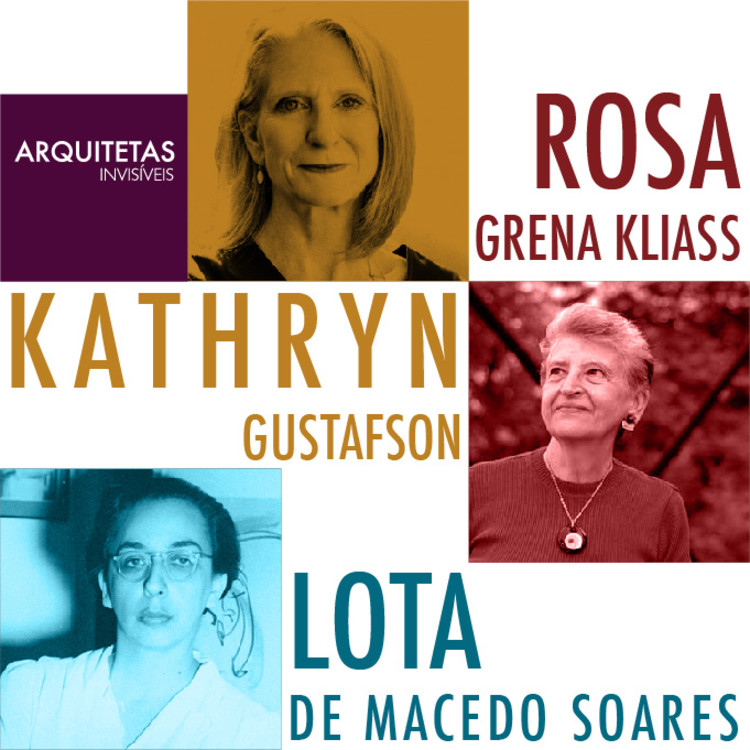 The construction and development of landscape architecture has been an important aspect of architecture and urbanism for a long time. Whether it’s better integrating buildings with nature, or the development of a more sustainable architecture, a diverse group of architects has contributed ideas and proposals to landscape architecture. Kathryn Gustafson is known for her work designing high quality parks. Lota de Macedo Soares was self-taught and an important advisor to the state, responsible for the coordination of the Flamengo Park in Rio de Janeiro. Meanwhile, Rosa Grena Kliass, who worked on several park projects in Brazil, developed relevant theoretical work and was the founder of the Brazilian Association of Landscape Architects.

American landscape architect and artist born in 1951. She carried out projects in the UK, Asia, Europe, and the Middle East. She won 10 landscape and architecture awards, including the American Society of Landscape Architects’ Gold Medal (2008), the National Heritage of the 20th Century Award (2007), an Honorary Fellow award (1999), the Jane Drew Prize (1998) and the Architectural Medal Decoration (1993).

French-Brazilian born in 1910. She didn’t have a college degree and because she was from a wealthy family, Lota de Macedo Soares didn’t think it would be fair to work for a salary. So on January 20, 1961, she was appointed as the special advisor to the Parks department (at no cost to the government) to “study the urbanization of areas surrounding Flamengo Park and Botafogo.” In addition, one of her houses received an award for being an example of the innovative application of modernist principles to architecture. She died in 1967 at the age of 57.

Brazilian landscape architect born in 1932, Rosa Kliass graduated from the School of Architecture and Urbanism at the University of São Paulo in 1955. She was directly influenced by the Professor Roberto Coelho Cardoso to opt for landscape architecture as her area of practice. She was also a consultant to several state agencies, and author of several publications both in Brazil and abroad. Her book,"Parques urbanos de São Paulo" (The Urban Parks of São Paulo) was developed from the subject of her dissertation. She is the founder and former president of the Brazilian Association for Landscape Architects, founded in 1975.