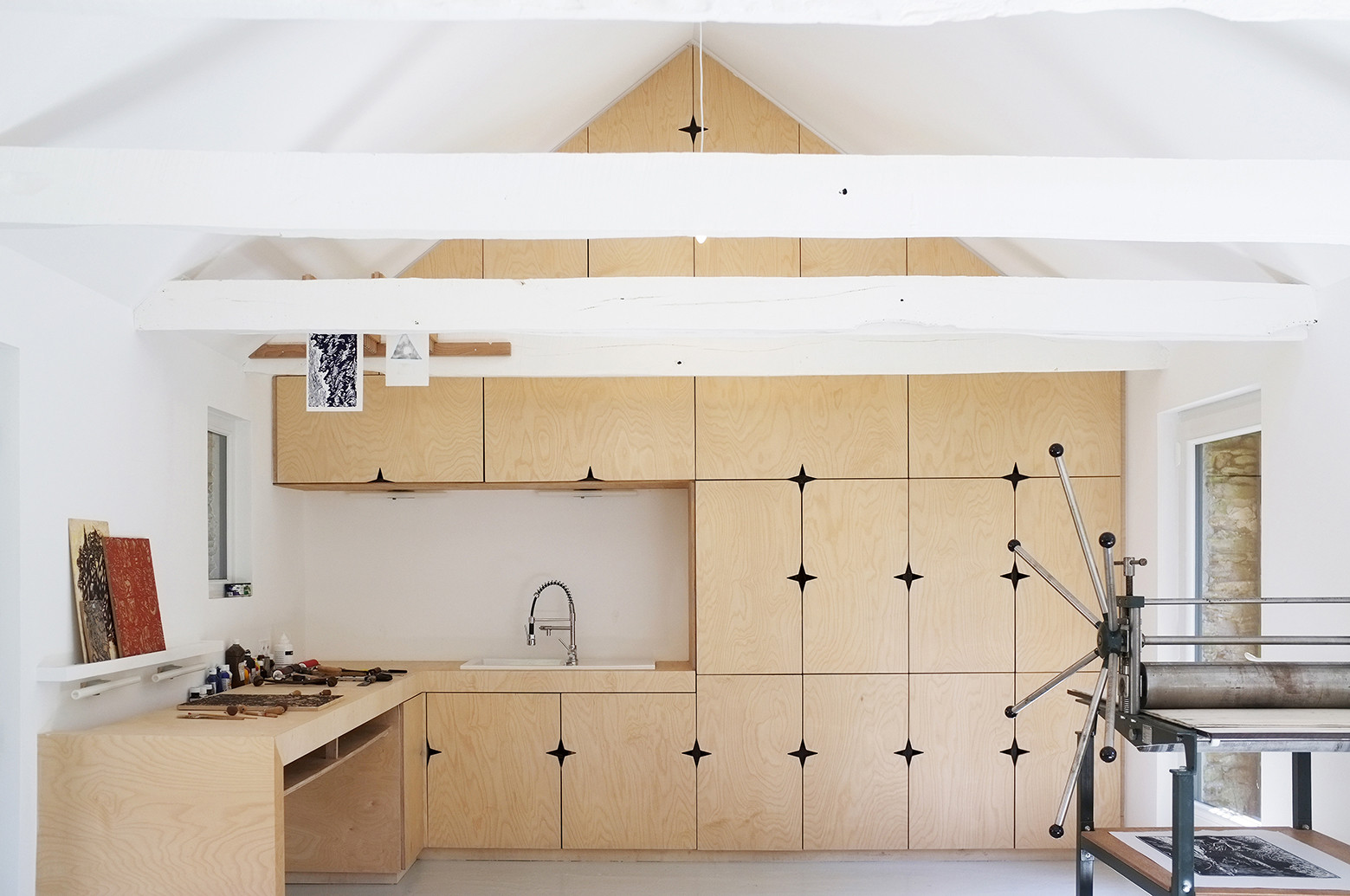 Text description provided by the architects. We’re in a land where minerals are everywhere. Houses have thick walls to protect from the winds blowing from the west however, they are also an obstacle when sunwarmth arrives. Nevertheless the artist wished to create a place that could be luminous, cosy and opened to the surrounding landscape. He wanted a place dedicated to his interests, art, drawing and engraving.

To find the way to to meet his expectations, he asked architects Gwendal Hervé and Monique Bastos to conceive an artist studio inside an old barn from the XVIIth century, attached to the building where he lives with his family. According to their own experience and observations on the local architectural context, architects proposed a double-faced project : it was turned into the inside as the houses of the region, but they also wanted to create a place where heat and expressivity would bright to the outside.

On the outside, they preferred to conserve local architectural identity. In order to keep the dialogue settled for centuries with buildings around, walls in stones of schist were conserved. The new glass window was opened by local craftsmen. Windows and doors frames were painted in anthracite colour and were hidden in the thickness of the heavy stones walls.

In contrast to the rough dark stone of the facades, the inside is smooth and completely painted in white. It has been conceived as a real refuge for brightness. The glass window was opened towards the west, creating a new view to the garden and allowings soft light to get in from afternoon until twilight.

In order to adapt it to new uses, the barn was totally cleared from what remained from its previous functions. To refurbish the inside part a concrete floor had to be made. It was completed by the sealing of air gaps and the insolation of the walls by throwning lime and finally new water and electricity networks. After the timberframes being strengthened, a coat of insulating material has been set. It really allows to create a shell inside of the building.

To meet the needs and the the artist’s centers of interest, the architects imagined an interior design that would take back the themes and the vocabulary of traditionnal furniture or way of life. If the pieces of furniture are mainly underlined by carvings, they may also be simple and show out the massive aspect of the raw wood. The architects followed these rules to design work boards and bookshelves. Birch plywood selected for their light and warm colours, was splendidly created by a local carpenter.

More than a simple artist studio, this small building is now a place of meetings and a passageway. It’s also a place of curiosity for the inhabitants of the surroundings in search of inspiration for their own houses. Doesn’t it prooves that the key to a project’s success often lies on local and cultural context ? So, this small building, which entirely satisfies the artist, is now ready for new chapter of its story... 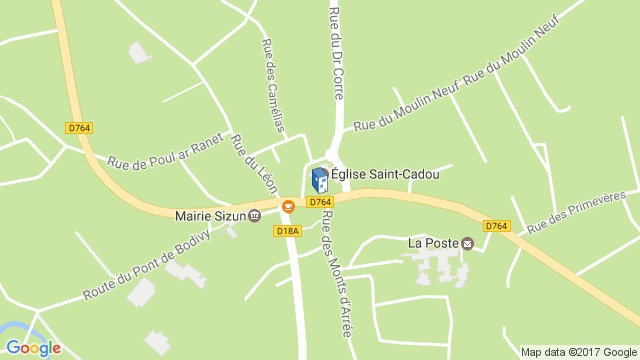 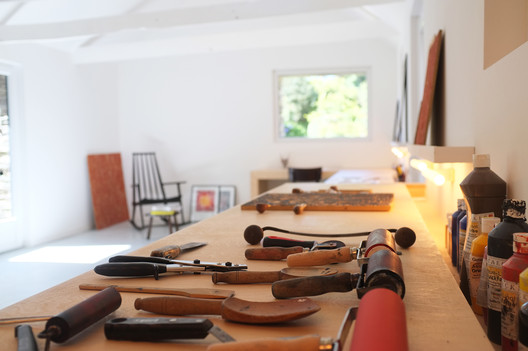