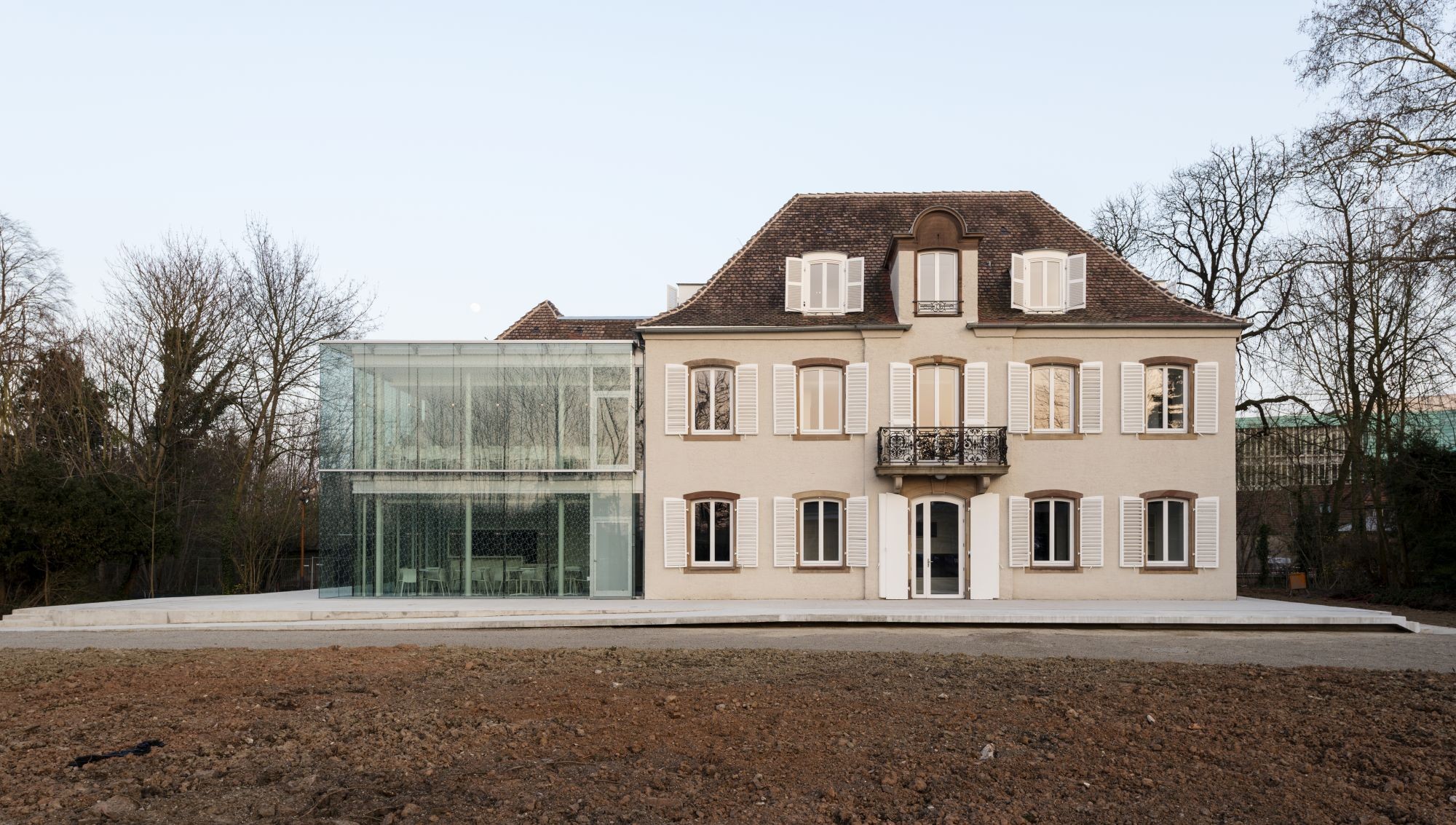 Text description provided by the architects. The « Kayserguet » was originally a villa located in Strasbourg (France), in the Robertsau district. Built in the late XVIIIth century, it was supplemented with a wing in 1941 and a winter garden in the 60’s.

Aquired in 2009 by the city of Strasbourg, the intention was to transform and extend the old villa into a « space of Europeanness ».

Weber + Keiling, Architects in Strasbourg, approached the project with the idea to extend it with glass volumes, thus respecting the existing structure while conveying the new identity of the buliding.

The glazed extensions are nested in the body of the original villa, making it whole and bringing balance to the very dense existing façade. 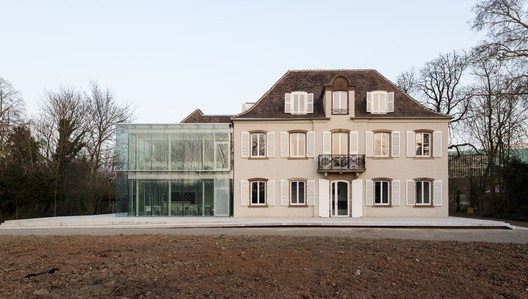