schmidt hammer lassen architects have won a competition to design a new retail and office complex in central Oslo. The winning scheme, chosen ahead of five other proposals, was chosen for “its strong and innovative” design that “enhances the existing urban qualities” and forms a “new connection between the building and city life.” 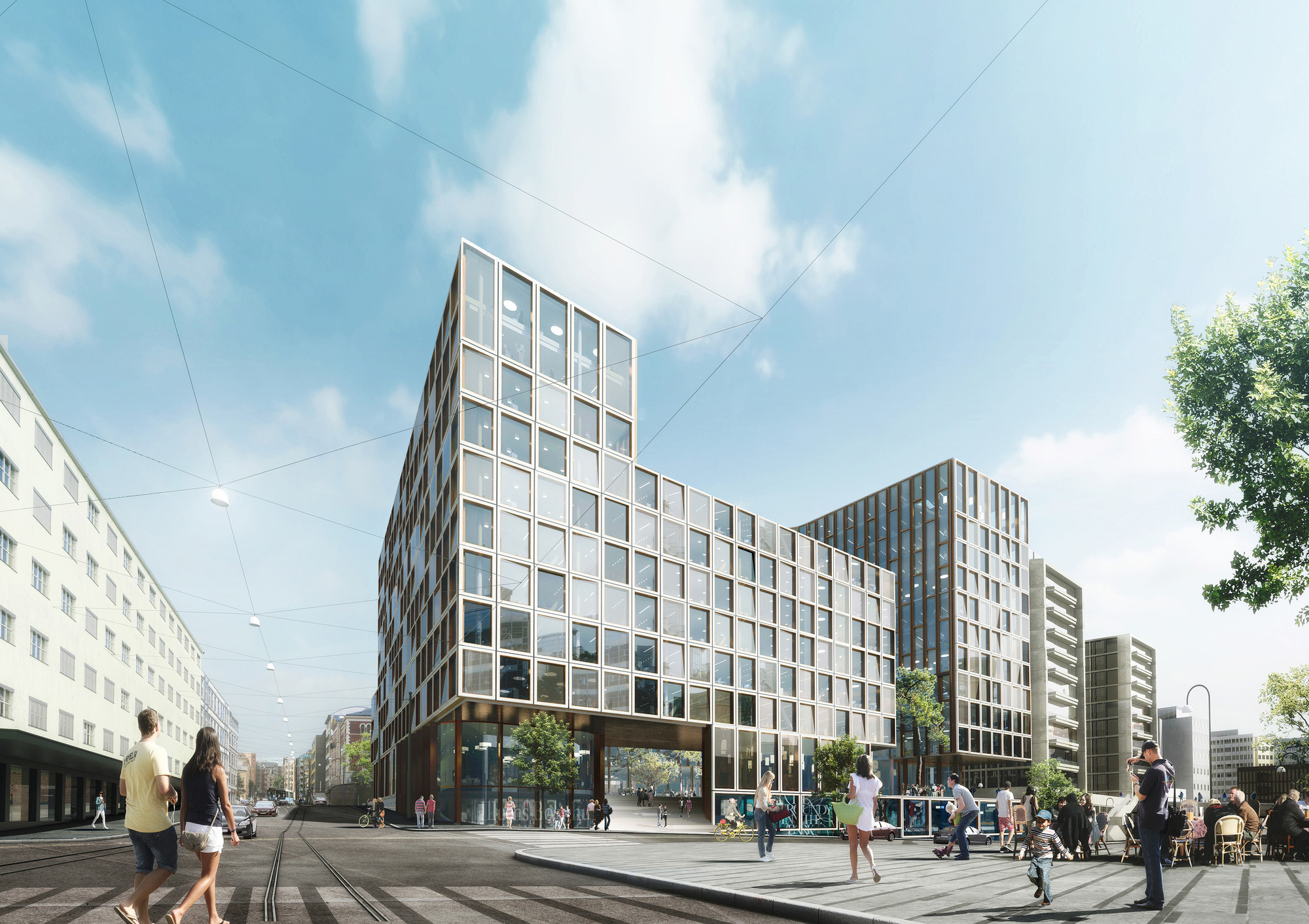 From the architects: The winning proposal consists of an interconnected building structure in which the upper floors are divided into smaller building elements. From the outside, the project appears as a tight sculpture that adapts to the different scales of the site and to the city’s street profile. Towards the street, the building opens up and creates passages and shortcuts through the complex. In the centre of the complex, a public space is created – an urban landscape – that, as a green oasis with tall slender pine trees, reflects the vertical motif on the façade.

"We have designed a project that creates a synergy between the building's daily users, the visitors to the many shops and restaurants, and the people who simply pass through the neighborhood," explains schmidt hammer lassen senior partner, Kristian Lars Ahlmark. "With our proposal, we are turning the building's various functions and the site’s complex topography into the focal point of the project: stairs for sitting, sloping surfaces, openings between building levels, the cuttings, the urban landscape and the atrium courtyards will all help to create new connections between the building and urban life, and will add a whole new dynamic to the historic part of Oslo city.”

The new building complex consists of approximately 10,000-square-meters of mixed retail and commercial premises in the lower floors, while the upper floors consist of approximately 40,000 square meters of flexible office space. The office spaces are organized in such a way as to create a wide variety of rental options on the different floors. In addition, several office levels will have access to outdoor roof terraces with incredible views of the city.

"The unique location deserves a building design that respects Oslo's history and Scandinavian aesthetics, and therefore we made sure that our design creates a dialogue with the site context," schmidt hammer lassen founding partner, John Foldbjerg Lassen. "The office areas are of a modern, robust design with a high level of quality and are designed to make maximum use of daylight conditions, as well as offering spectacular views of the Oslo skyline and fjord."

The office areas open up to a large common lobby, with access to related meeting and conference facilities. At the office levels, there are large open atriums where employees can meet and work.

The winning project is the second significant project that schmidt hammer lassen architects is working on in central Oslo. In the early summer of 2013, the practice won, as part of a multidisciplinary team, the competition to design the refurbishment of the Post Office project - the so-called Urban Mountain project - which, with its sustainable solutions, will transform one of Oslo's tallest buildings into a flagship sustainable design project. The practice has also designed several buildings in Oslo’s Tjuvholmen district, such as The Thief Spa, which opened in the spring of 2014, and a major housing project at the very tip of Tjuvholmen, which was inaugurated in autumn 2014. 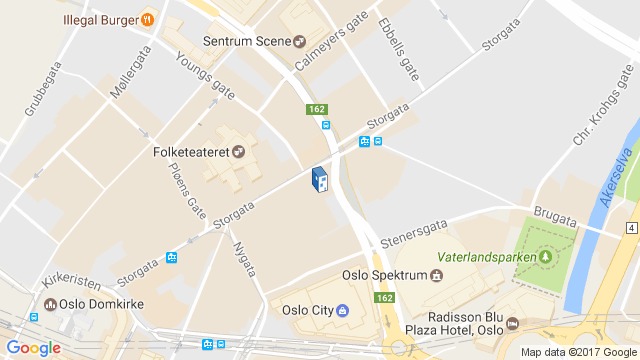 Location to be used only as a reference. It could indicate city/country but not exact address.
Share
Or
Copy
About this office
Schmidt Hammer Lassen Architects
Office
•••