The winning entry in a competition for Pingshan's first theater, Beijing-based OPEN Architecture's Pingshan Performing Arts Center has broken ground in Shenzen. The 1350-capacity theatre is located in the city's new urban district, and slated for completion by the end of 2015.

Read more about the project and view selected images after the break. 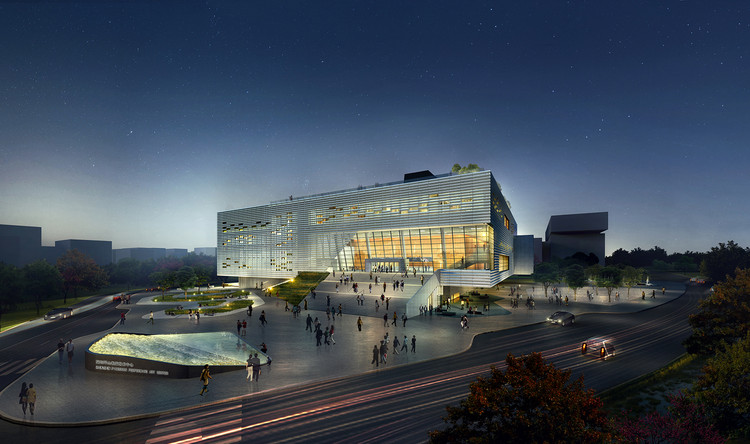 China's continually expanding economy and rapid rate of urbanization have seen an increased demand for cultural and recreational facilities, with a fast moving, finance-drive market resulting in what OPEN describes as "singular function and monotonous spaces" with "exaggerated formal appearances...far detached from the public and the urban life." Such observations prompted OPEN to adopt a critical stance to their proposal for the Performing Arts Center in Pingshan, allowing them to pursue a "center that both serves the public and achieves operational sustainability."

The multifunctional space abandons the "single function" typology of its contemporaries, instead arranging multiple programs within a compact 23,542 m² site. A square volume with sides measuring 80m in length is bordered by a curved road, with the intervening space transformed into two outdoor plazas. OPEN refer to the square volume as the "drama box" within which the numerous performance venues and educational spaces are contained.

The main entrance to the Center proper is accessed via stepped approach from the southern plaza, and opens into a double-height lobby space. At the core of the plan is the 1200-seat opera theatre, whose stage and seating account for much of the Center's lobby level. Adjacent to the opera theater is the more modest 150-seat black box theater, suitable for smaller productions.

Utilitarian spaces of practice and storage rooms, services, and parking are dispersed between the building's other five floors, and intermingle with viewing balconies and visitor lounges. The project is full of such contrasts, with OPEN explaining that the building "seeks to explore and negotiate a series of seemingly opposite elements: the formal and the informal, the elite and mass, the traditional and the avant-garde."

OPEN are also keen to reinforce the connection between the Center and its surrounding environment, evident in the inclusion of the outdoor plaza, public outdoor terrace, and ample perimeter glazing. The roof level features a series of landscaped gardens, carried through onto the restaurant and bar one level below.

True to its name and program, Pingshan Performing Arts Center is not without a degree of theatricality. Clad in V-shaped perforated aluminum panels, the facade is receptive to digital projections, and allows the selective screening and display of activities taking place in the building's interior. 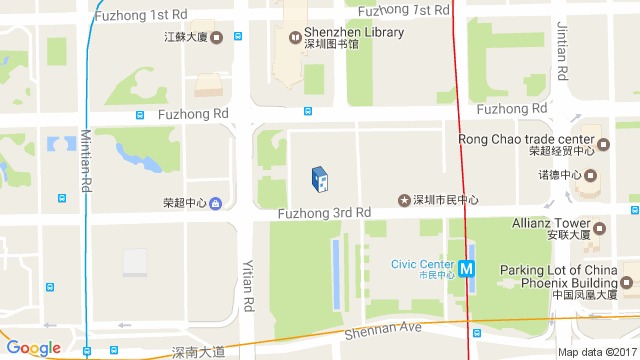