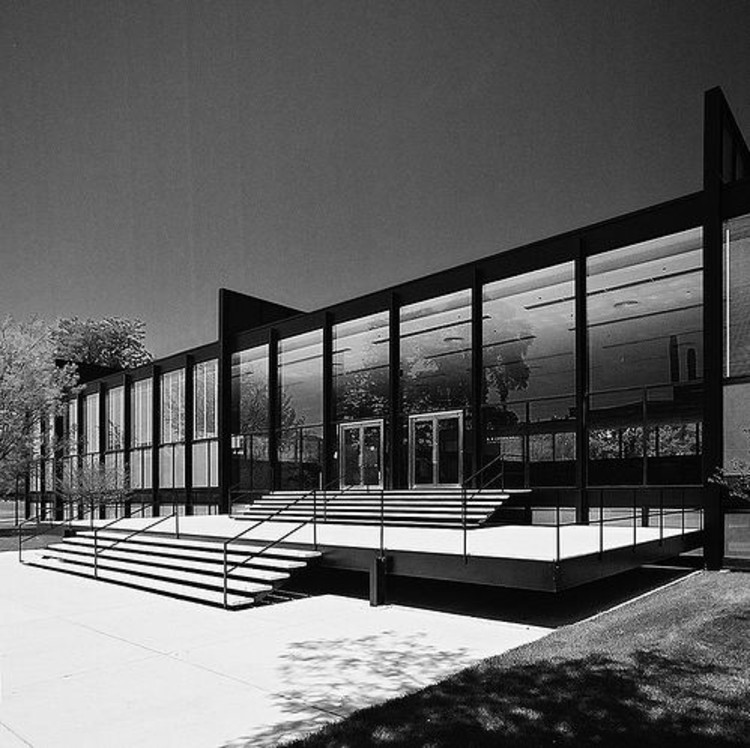 Text description provided by the architects. In the year 1940, Armour Institute and Lewis Institute merged in Chicago to create the Illinois Institute of Technology. The merging of these two schools called for a new master plan for the university, and Mies van der Rohe was commissioned for the job. Mies' plan for the IIT campus was one of the largest projects he ever conceived and he developed it for twenty years. Today the campus contains 20 of his works, including the famous Crown Hall, which add up to be "the greatest concentration of Mies-designed buildings in the world."

More on the IIT Campus and Buildings after the break.

The master plan for the campus was based on a 24' by 24' grid that was the structural module used as a mechanical tool for locating building columns. "Orderliness was the real reason," Mies stated on his use of the grid. The dimension of it was determined by room size, accommodating classrooms, drafting rooms, and laboratory work, which were the three main types of expected activity to occur on the campus. Room sizes were determined from the sizes and arrangements of desks, drafting tables, and lab benches. This in turn began as a reverse planning order and determined the direction of the growth of the campus, where the furniture determined the room size, which then added up to the building size, and together the buildings created the campus.

The grid created the space between and within the two to three story buildings and incorporated Mies' concept of "universal space." His ideas on this included the expression of structure, exterior walls used as skin, and the overlapping placement of buildings to allow space to flow. The design challenge for Mies arose with programs that did not fit within the activities with which he structured the grid around, for example, the auditorium and stairs. In Mies' first approach to this problem he separated these components outside of the main building blocks. However, he continued reworking the plan so that they became part of the building blocks. In the final rendition he used his concept of universal space to solve the problem. The auditorium became a huge column-free space, allowing these specific programs to take their own forms free from the gridded structure. In this way, building structure was also not compromised by interior functions.

During the initial construction of the campus, the individual laboratory and classroom blocks were erected on the street grid so that they could harmonize with each other while they were built. The existing street grid was also incorporated into the campus area to determine green zones planted with acacia trees and traversed by foot paths allowing for a relationship with the buildings and nature, a concept also seen in other projects by Mies such as the Farnsworth House. This principle of order with a strict building organization and green zones resulted in a clear urban solution. In the second phase of construction, which began in 1952, the IIT Research Institute Buildings were executed in concrete or steel-frame construction with load bearing elements of floors set behind the facade clad in reinforced concrete as a fire precaution. This allowed for the construction of these buildings to be carried out in an economical fashion, with costs as little as $10 a square foot.

It was important to Mies that the buildings kept a modern style during the development of the campus, and maintained this look for the future. By confining himself to contemporary materials, glass and steel, he was able to craft the expression of modernity. This is especially noted in the S.R. Crown Hall, which is the College of Architecture and the most admired building of the collection. Designed in 1956, Crown Hall is a straightforward expression of construction and materiality. The building has an open plan that does not have the disruption of columns, once again creating "universal space." The only partitions in the building are free-standing oak partitions that mark different spaces for different activities. With a ceiling height of 18 feet and a massive floor area of 120' by 220', the architecture school contains perfect studio spaces that allow creative interaction among users. A timeless artistic expression of steel and glass, Crown Hall is now a National Historic Landmark.

Through the IIT campus, Mies refined the language of modern architecture, and in dedicating much of his time towards its development, he perfected his ideas on structure and proportion. With the campus including a large amount of Mies' works, the American Institute of Architects named the IIT campus one of the two hundred most significant works of architecture in the United States. 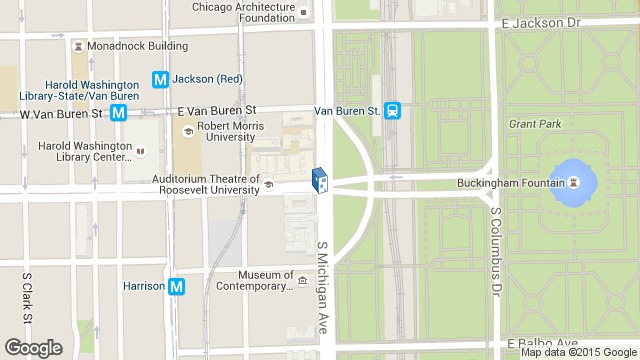 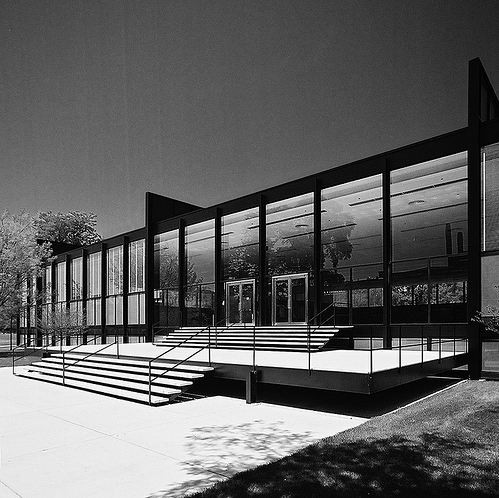