Held in 1933 on a ship in the Mediterranian, the fourth CIAM congress and Le Corbusier's subsequent Athens Charter (La Charte d'Athenes) are widely regarded as a defining period in Modernist urban planning, a moment when architects came to an agreement on what the future of our cities should look like. But how correct is this interpretation? Edited by Evelien van Es, Gregor Harbusch, Bruno Maurer, Muriel Perez, Kees Somer and Daniel Weiss, a significant new 480-page book, "Atlas of the Functional City - CIAM 4 and Comparative Urban Analysis" examines the congress in depth. In the following excerpt from the book's introduction, Daniel Weiss, Gregor Harbusch and Bruno Maurer examine the commonly accepted history of the congress, finding that support for the underlying principles of Modernism was perhaps not so unanimous after all.

Few texts in the history of architecture have become established in the collective consciousness – even for a wider audience – in the way that La Charte d’Athenes has. After the Second World War, it was practically regarded as a bible for up-to-date urban planning; since the 1960s at the latest, however, it has increasingly become synonymous with a technocratic, profit-oriented and inhumane form of urban development that led – even before the renewal of interest in the compact, mixed-usage city – to a comprehensive discrediting of modernism in urban planning and its methodological approaches and aims. The fact that the charter is only one specific appropriation and interpretation – by Le Corbusier – of the conclusions of the fourth CIAM congress and that it was first published ten years after the conference itself is more than a mere footnote in publication history in this context. Le Corbusier’s initiatives and independent manoeuvres had already repeatedly triggered severe personal disputes and arguments over matters of content inside the Congres Internationaux d’Architecture Moderne (CIAM), ever since the organization’s founding congress in La Sarraz in 1928. The charter, as a publicity seeking manifesto condensed into the form of specific instructions for action, concealed not only the variety of opinions that existed inside the CIAM regarding the challenges of urban development, but also in particular the deliberately open-ended process of analysis with which the organization had been attempting to approach the topic of the city collectively since 1930.

The fourth CIAM congress, held from 29 July to 31 August 1933 under the title "The Functional City" aboard the liner Patris II during a voyage from Marseilles to Athens and back, was intended as a "first stage" in obtaining "an insight into the organization of today’s cities and their generally recognized deficits", on the basis of case studies. The 34 urban analyses, which were prepared by the CIAM’s individual national groups over many months of work and in accordance with standardized requirements, were intended to provide an initial basis for common discussion and comparative analysis. It was only in the course of subsequent meetings that a "synthesis", formulating specific measures or even deducing a specific urban model, was to be sought – as the guidelines and the official conclusions of the fourth congress clearly show. Although the CIAM never ultimately achieved this goal, the term "CIAM 4" – filtered through La Charte d’Athenes and its unusually hasty reception – generally came to stand for the promises, and even more for the failures, of modern urban planning.

Despite various studies that have painted a more complex picture in recent years, CIAM 4 is even today still primarily associated with a functionalist turn in urban planning – namely, with the demand for a strict and schematic spatial separation of the four functions of housing, working, recreation and traffic. This CIAM "functionalism", it is argued, led, after the revolutionary transformation of the cities caused by industrialization and after the devastation of the Second World War, to further destruction of the intact body of the city and to the development of lifeless, monofunctional zones. What the conclusions of the fourth congress actually focused on, however, was precisely the "interplay" between the individual functional parts of the city. In the context of an integrated approach, the four categories were only conceived as analytical aids, rather than as a set of specific instructions for the design process.

Qualifying the Impact of CIAM 4

In many studies, the extent to which CIAM and the fourth congress actually influenced the practice of modern urban planning has been considerably relativized. When the extent of its influence is being assessed, the self-promotion engaged in by the major figures involved must not be underestimated – since the verbal and pictorial propaganda was in the hands of experienced professionals in the field of discourse hegemony, networking and image production such as Sigfried Giedion, Le Corbusier, Walter Gropius and Josep Lluís Sert. They tirelessly took every opportunity to invoke the uniqueness and worldwide significance of the meeting. A paradigmatic paper presented at the first Delos Symposium in 1963, for example – a conference that deliberately continued on from the CIAM both in its content and form – stated quite boldly that the conclusions of CIAM 4 had "directly and indirectly been incorporated into most subsequent town planning legislation, particularly in Europe and many of the 'emerging nations'". The timing and venue for the fourth CIAM congress have also surely contributed a great deal to the way in which it has been almost mystically transfigured: a liner voyaging across the Mediterranean towards Athens, the cradle of civilization and the epitome of the European polis; a closed retreat in which the avant-garde were able to meet and seek reassurance, at the turning-point between the wars as events moved towards the forms of totalitarianism that led to the catastrophe of the Second World War. Hundreds of surviving photographs illustrate the concentrated working atmosphere on board the ship and the enthusiasm for the ancient monuments and vernacular buildings of Greece. The intensity of all these different moments is reflected in extremely lively descriptions of the occasion in the specialist journals and biographical accounts of it. And in his film The Architects’ Congress, László Moholy-Nagy also created an impressive monument to CIAM 4 as an event.

There can be no doubt that CIAM 4 was one of the important events in the history of the European architectural avant-garde. At the same time, however, the congress was also a typical product of its time, expressing the basic concepts of modernism. Its universalizing claims, its attraction to positivism and the primacy of a "hygienic" view of the city’s "organism" appeared to be common sense at the time, and the way had been prepared for them by late nineteenth century urban planning and its foundations in the modern sciences of engineering and sociology. The CIAM architects shared an unconditional faith in the capabilities of planning and the central role of the modern architect in shaping the society of the future and cities that were capable of functioning. The view that the contemporary city, in its "chaotic state", was no longer able to meet the needs of its residents, and that undesirable trends and deficiencies were being further perpetuated by city authorities and other figures, was widespread not only inside the CIAM. In engaging with the topic of the city, the CIAM was addressing the grand issues of shared human existence and believed itself to be dealing with a problem of overriding importance with which it would be able to exercise influence in both the West and the East – as well as in the southern hemisphere.

Despite this, however, there was in no sense any unité de doctrine within the CIAM with regard to expectations of the fourth congress and ideas about methodology and programme. A detailed examination of the debates that took place in advance of the congress shows the way in which quite different positions encountered each other as the architectural avant-garde approached the subject of the city. Debates focused in particular on the question of the relationship between analysis and design, and on the effects of the analytical method used on subsequent planning work that was based on it. These discussions mainly took place at the extraordinary congress held in Berlin in June 1931, which was entirely devoted to preparations for the fourth congress. It was not by chance that the meeting was held during the "Deutsche Bauausstellung", which was attended by all of the leading international figures in the fields of architecture and urban planning and enabled the Weimar Republic to place itself at the centre of contemporary architectural debates again, for one last time.

Thanks to the extensive minutes that were kept of the discussions at the Berlin meeting and to the position papers presented by several national groups on the basis of which the CIAM was organized at that time, the different positions can still be reconstructed in detail today. While the Polish national group, for example, regarded the "synthetic part" as being central for obtaining comparative material for the "reorganization of urban planning" and wanted to restrict the "analytical critical part" to a minimum, the Swiss group voted for "privileging the materialist, deductive method over the idealist, inductive one". This was the only possible basis for collective work, they argued. There was similar dissension on the question of whether the study should be designed on a synchronic or more historical basis, as well as on the issue of whether it was a matter of building new cities or rather of adapting existing cities to contemporary needs.

By contrast, all of the participants shared the conviction that while the problems of the city were known intuitively, a joint investigation based on academic approaches would provide better insights and would also help the CIAM to reach an objective position that would be difficult to challenge – in order to exert greater influence on public decision makers. The formulation of concise and effective hypotheses would of course have been helpful in achieving this. Even during the fifth CIAM congress in Paris in 1937, it was already becoming clear that Le Corbusier in particular was gradually reinterpreting the fourth congress’s rather provisional conclusions. Some of the analyses were presented in public again in his Pavillon des Temps Nouveaux at the 1937 World Exhibition, but they were incorporated there into a fundamentally new, highly symbolic narrative universe describing the history, present state and future of the city. The central lecture hall was emblazoned with a large panel on which a keyword summary of the substance of the conclusions could be read under the tendentious title "Charte de l’Urbanisme". 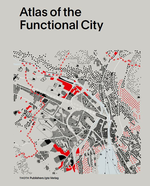 CIAM 4 and the "Unanimous" Origins of Modernist Urban Planning
Buy from
amazon.com
Share
Or
Copy
About this author