Save
Christmas Lights in Madrid: Brut Deluxe's MOON Through the Lens of Miguel de Guzmán
Share
Or
Copy

Miguel de Guzmán, a noted photographer and Spanish audiovisual producer, has shared with us one of his most recent works. MOON is the lighting project by Brut Deluxe that has taken Madrid's Gran Vía, delivering a perfect urban setting for the year-end celebrations. This context is also the location of a new film by Imagen Subliminal, who has already delighted us in the past with audiovisual proposals for projects like The POP-UP House and Casa del Espinar. The full Moon, after the break. 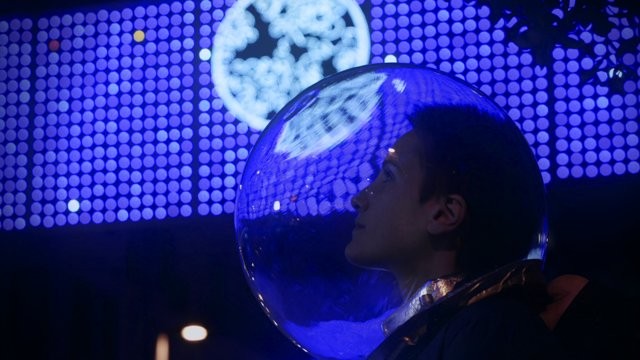 From the Architects: Our installation, called Moon ., was designed Specifically for Gran Vía by commission of the City of Madrid It Consist of 31 different motives That light, as a whole, acts like a flip book at urban scale of 31 images. Instead of flipping-through the pages with the thumb to produce a primitive cinematographic illusion of motion pictures or animated, with Moon it is the spectator That Creates the effect by moving himself along the street.

Instead of lighting typical christmas, Consisting of a set design That Is Repeated along the street, we created an installation That Changes at each point of the route and is Perceived as a whole only with time and displacement.

The sequence of images dealer to a journey to the moon. In Addition to the movement of the viewer, the installation use the specific topography of the Gran Vía With Increases from each respective end, in the square Spain and the intersection With Alcalá Street, con sus highest point halfway Between the Telefónica building and Plaza de Callao . Just thus, the sequence of bright subjects produces an effect of approximation (zoom in) to the moon coinciding With The rise of the street and reverse, the distance (zoom out) With The descent.