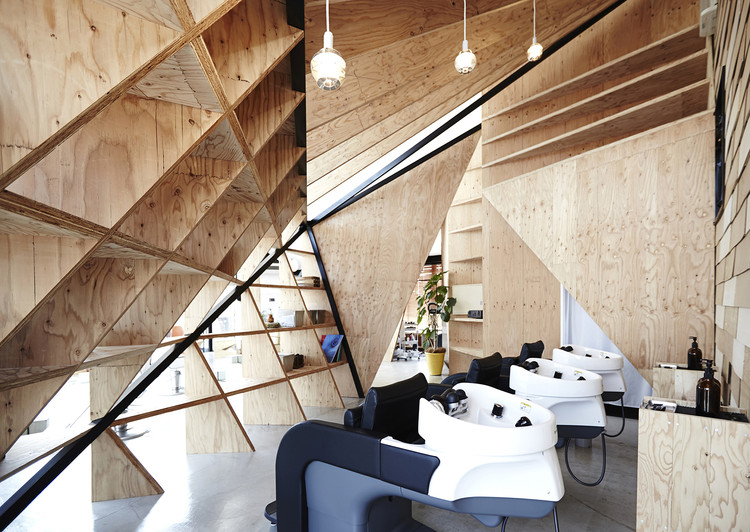 Text description provided by the architects. Hair salon “SLUNDRE” is a renovation project in the 2nd floor part of the store construction in Iwaki city , Fukushima. “SLUNDRE” means “slow and sure”. It’s named by its owner.

It was planned deriving from the ceiling of the characteristic existing space and some exposed steel frames. Space of the big capacity, it's to do "CUTTING" like the diamond which makes the number of faces while securing the biggest capacity, and I make various function and space be formed. laminated veneer lumber (LVL) was used as main building material.

The construction of the LVL functions structurally, and the steel frame which derived from an existing steel frame supports its structure. All LVL which becomes a wall, a shelf board and furniture is the shape of the triangle. Though the outside is flat, the polyhedron formed in shampoo space gets complicated polyhedral composition at the inside. And, people get the spatial experience which passes through a huge woody slit of height 5m. 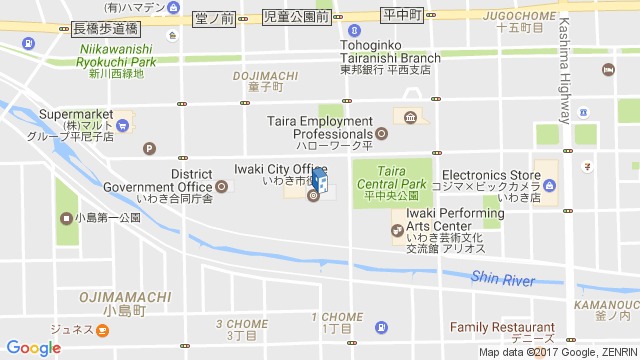 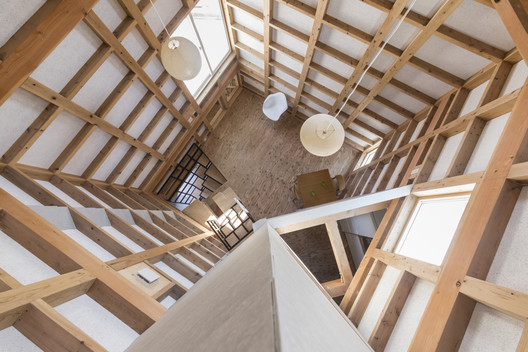 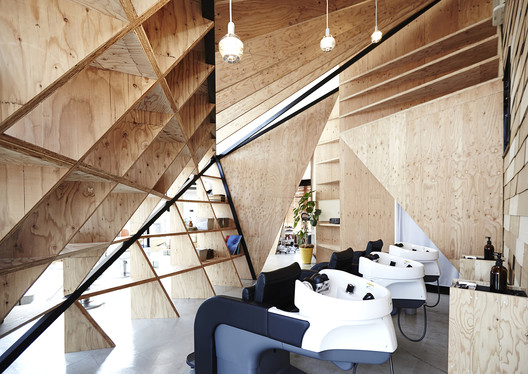