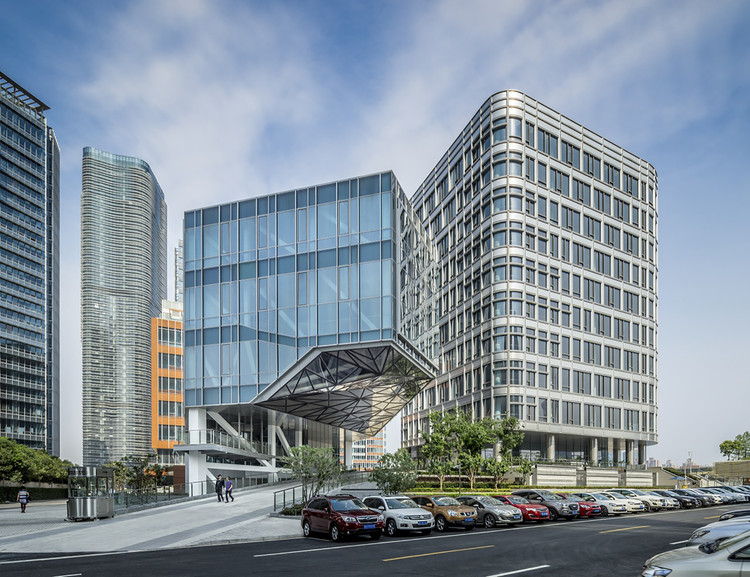 Text description provided by the architects. Huishan North Bund is the 255,000 sm anchor redevelopment for the transformation of the historic Hongkou District waterfront in Shanghai. As the newest initiative of an extensive and multi-phase riverfront revitalization, the North Bund extends several kilometers along the winding Huangpu River. Once a sequestered shipping port, the site is now poised to become a major public destination for commerce and leisure activities, as well as perform the important task of reconnecting the city with its riverfront.

Designed by EE&K a Perkins Eastman company, the firm’s extensive contributions to the North Bund redevelopment comprise a total of eight new buildings, including one still under construction, constructed to varying heights up to 130 meters---and framing a new marina. Each new building features a green roof, ice storage, operable windows and raised floor systems to increase energy efficiency; and varied glass, steel and terra cotta façades designed for the controlled absorption of abundant sunlight as well as reflective light from the marina.

These constructions, in addition to the esplanade, on-site storm water harvesting, and easy access to multiple modes of public transit, all represent an ambitious and comprehensive sustainability initiative that is targeting a Three Star green building rating, or roughly China’s equivalent of LEED Gold/Platinum.

Perhaps the project’s most notable sustainable feature is the marina itself, which both supports the central HVAC system and creates its own micro-climate for the surrounding plaza and buildings. This is enabled by the new marina lock, the first of its kind in Shanghai. As river water flows in and out through the lock, the marina functions as a heat sink, serving a submerged HVAC central plant and pump room which utilize the cold river water for heat rejection. Furthermore, continuous evaporative cooling from the surface water of the marina develops a micro-climate that benefits the entire outdoor setting.

Huishan North Bund is a joint venture of Franshion Properties and Shanghai International Port Group Ltd., whose new headquarters and trading facility are a part of this development. The design team was led by Design Principal Ming Wu AIA, Managing Principal Barry McCormick AIA, and Associate Principal and Senior Project Architect Mathew Snethen, all based in the firm’s New York office. EE&K was retained as the Design Architect in 2008 and construction began the following year, prior to EE&K’s merger with Perkins Eastman in 2011.

“Huishan North Bund enjoys front row seats to the Pudong skyline as well as the bustling river traffic plying the Huangpu River. More importantly, after more than 200 years during which time this historically significant stretch of riverfront was occupied by commercial maritime uses and thus closed to the public, Huishan North Bund has become Shanghai’s next great place---reuniting citizens with their waterfront by means of a public plaza that dominates the site, an esplanade, and a marina that serves as the centerpiece of the development.

Public access has been additionally enhanced by connections to the adjacent cross-river ferry terminal, to several bus lines, as well as to two subway lines via the development’s underground retail concourse.” – Ming Wu AIA, Design Principal 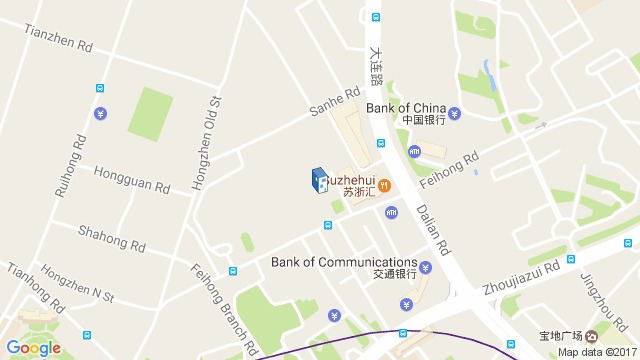 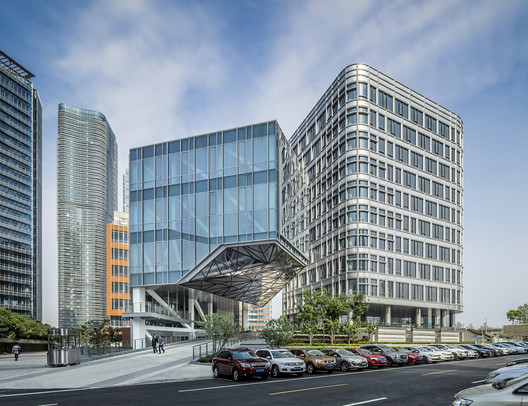