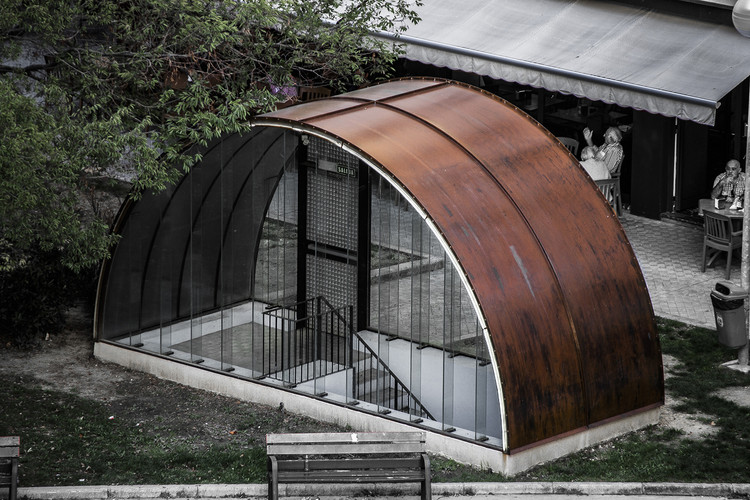 Text description provided by the architects. The project is a small marquee designed to improve the pedestrian access to an underground parking, located in the Plaza San Juan Bosco, in Pamplona. Originally, the access was exposed, and consisted of stairs accompanied by old metal railings. The commission, therefore, consisted on covering such stairs; and the execution budget was very small.

We draw on a simple and clear geometry to solve with a single gesture all handicaps: a semi-circular arc. A shape that allowed us to simultaneously configure the structure, the enclosure, and also to solve all the problems arising from the accumulation of water that arose in other options with a flat roof. From here, the project was developed by the most careful and accurate design of all the construction details.

The arch was executed in steel; and every effort laid in adapting standard solutions to such a wide curvature as 3 meters: the assembly of the two metal panels forming the arc, the bending of the inner straps, or the slight folding at the foot of arc to drain water properly, were executed magnificently. The side walls are configured in glass; the arc, then, is a single gesture, transparent, and levitating over a small concrete base.

Artificial lighting was also another fundamental aspect at work. Inside, the light spreads all over the bottom face of the arc through translucent plastic panels. At the same time, a LED strip, occult inside the arc termination profile, runs around the perimeter. So, at night, a light line draws the arch-shape when it is no longer seen; as if the light was also capable of making architecture. 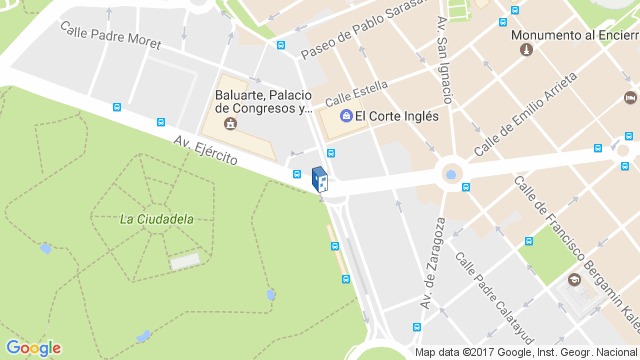 Location to be used only as a reference. It could indicate city/country but not exact address.
Share
Or
Copy
About this office
Verne Arquitectura
Office
•••