EFFEKT has been awarded first prize in a competition to transform a disused train shed in Esbjerg, Denmark with their proposal to transform the roundhouse-style industrial structure into a home for skating and a host of other street culture activities. Entitled Streetmekka, the design restores the industrial shed's original circular geometry, incorporating indoor facilities for transition and bowl skating, basketball courts, a street dance area, workshop areas for DJ-schools and street art as well as meeting rooms, administration offices, a cafe, kitchen, changing rooms and a large social area and reception. In the heart of the circular compound, the design features an enclosed street sport plaza and large outdoor social space. 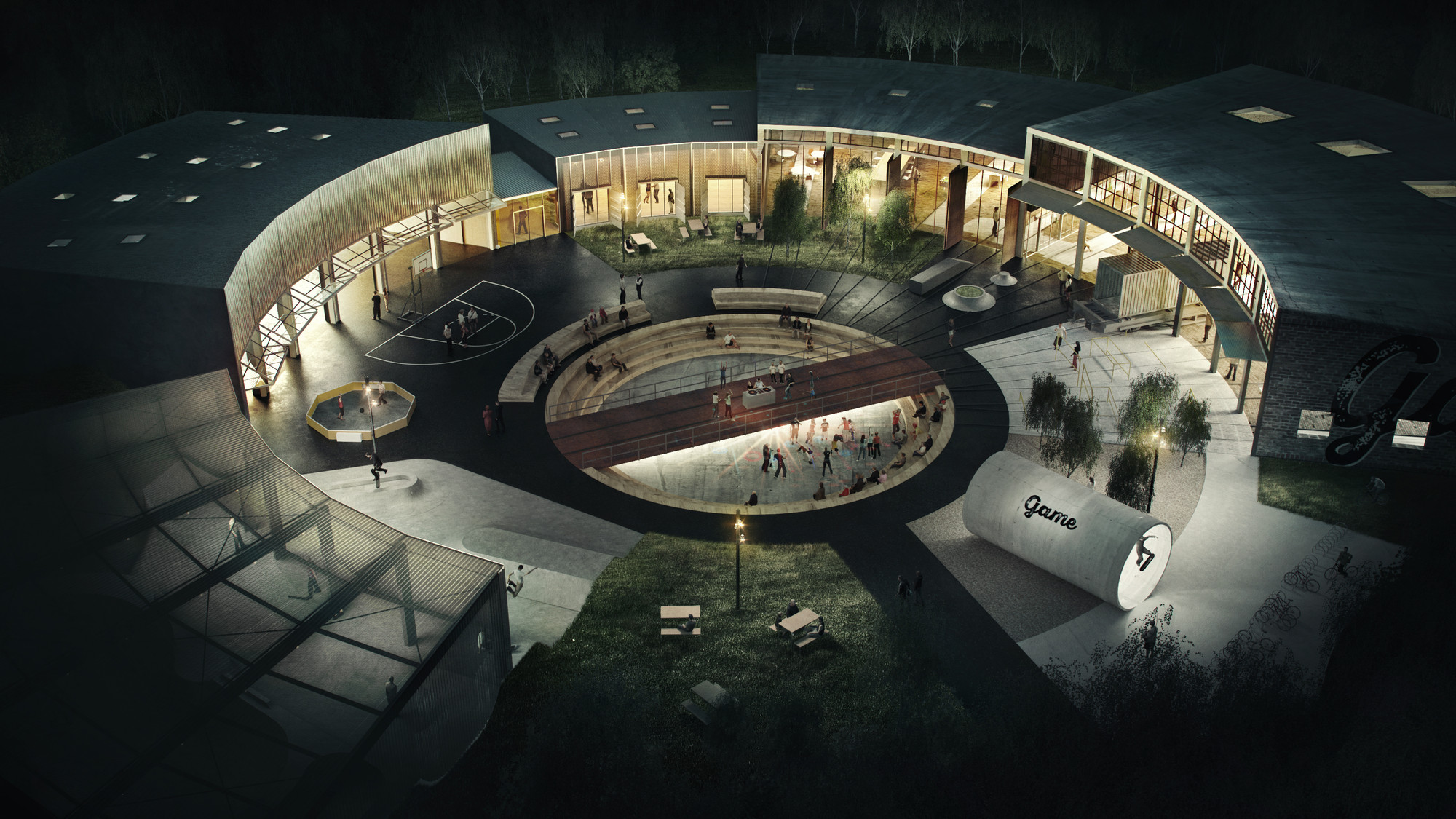 The proposal to introduce street culture into an abandoned industrial building seemed like an inevitable decision to EFFEKT: "the spontaneous and unorganized character of the formerly underground sport does not fit into any of the existing conventional sport facilities and the demand for a new type of facility is ever increasing," says their project description. "At the same time, heavy industry is vacating the city centers leaving behind empty unused wastelands and buildings, often already occupied by skaters, street artists and the like."

The decision to formalize this relationship was therefore a match made in heaven for Realdania, the philanthropic organization who are funding Streetmekka and two other street culture facilities in Denmark which will offer the chance to engage in these activities all year round, despite the unforgiving Scandinavian climate.

"The brief was equally exiting and ambiguous; is it even possible to create a framework for the unorganized sports that thrive with spontaneous participation and fluctuating schedules? And can we do so without compromising the cultural heritage of the existing industrial setting?" Said EFFEKT Partner Tue Hesselberg Foged. "We believe that with this project we prove that we can. Rather than taking the tabula rasa approach deleting history we chose to recycle and reinterpret the circular typology of the train engine depot and turn it into a hybrid of industrial heritage and social activity space."

The new facility is now under construction, with plans to open in December 2015. 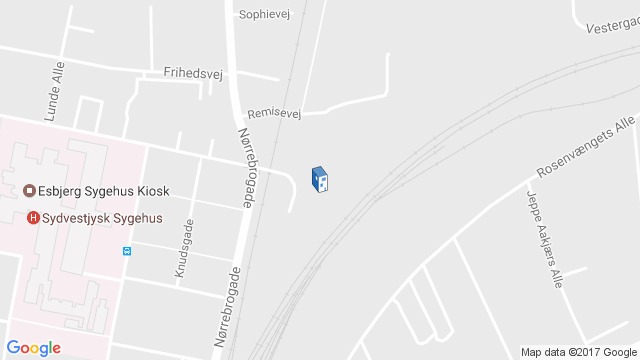