New images have been released of Istanbul's new airport, designed by Grimshaw, Nordic Office of Architecture and Haptic Architects, assisted by local Turkish Partners GMW Mimarlik and Tekeli Sisa. Projected to be the world's largest airport terminal under a single roof at almost one million square metres, the new airport is expected to serve 90 million passengers a year on the opening of the first phase, rising to 150 million a year after completion in 2018. 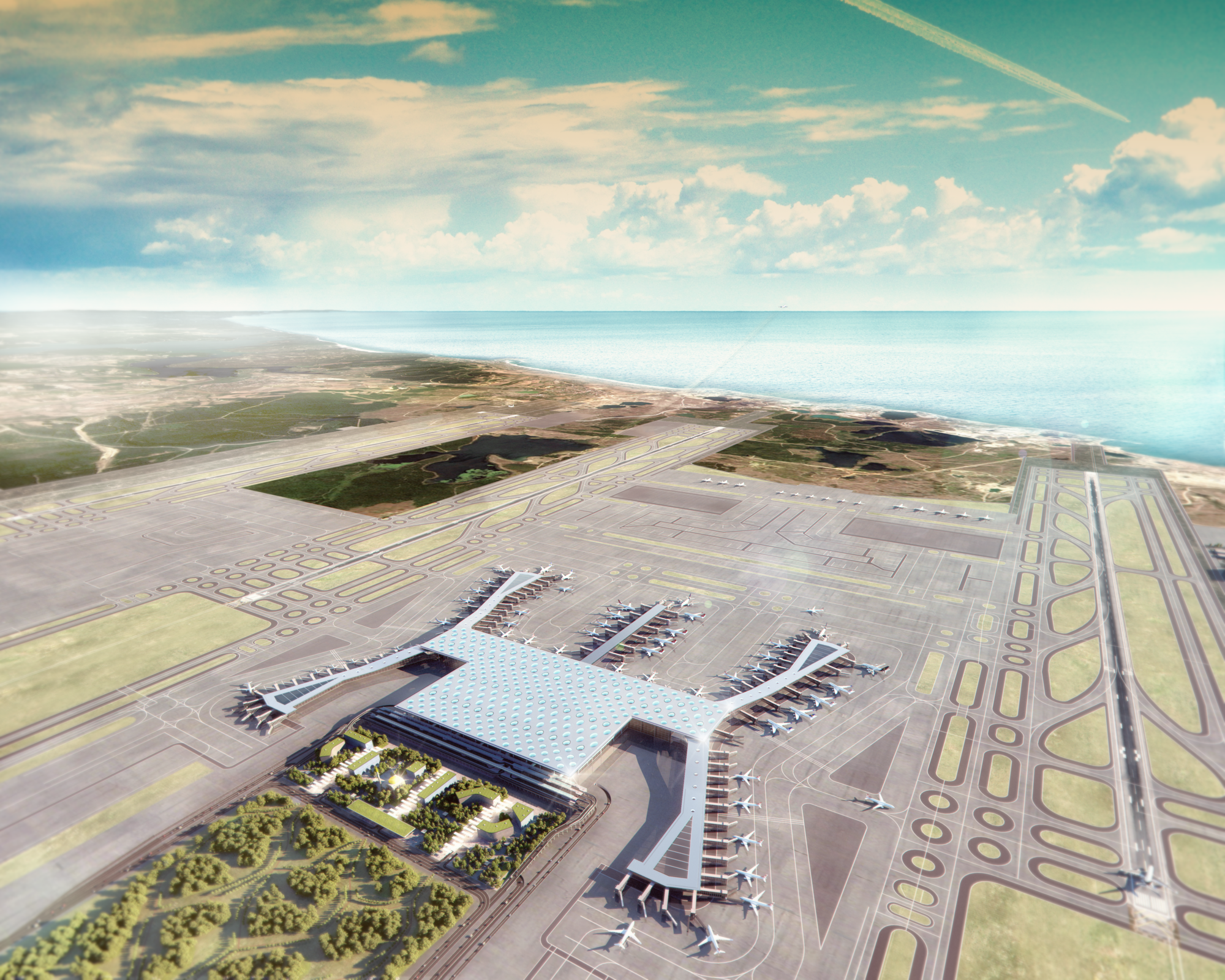 Planned for a site 35 kilometres outside the city on the Black Sea Coast, the six-runway airport has been masterplanned by Arup and is expected to be a "modern gateway to Istanbul and Turkey."

Grimshaw, who have are well known for their transportation designs around the world, were also recently selected to design an extension to the Jorge Chávez International Airport in Lima, Peru. "We look forward to applying our aviation expertise to these growing markets and delivering world-class airports which create a true sense of arrival for the millions of passengers travelling to these destinations," said Grimshaw Partner Andrew Thomas. "These projects are a vital step in the growth of both the economies of Istanbul and Lima."

For more details on the design see our previous coverage here.