UK architects OS31 have recently won a competition to design RAW:almond, “the first ever outdoor dining restaurant on a frozen body of water.” The temporary restaurant has set up for business in Winnipeg, Manitoba, Canada for the last two years, and for 2015 the organizers held an international open competition for the winning design. This year’s design establishes itself as an expressive frame that appears to float across the ice like a frozen jetty. Learn more about the winning proposal after the break. 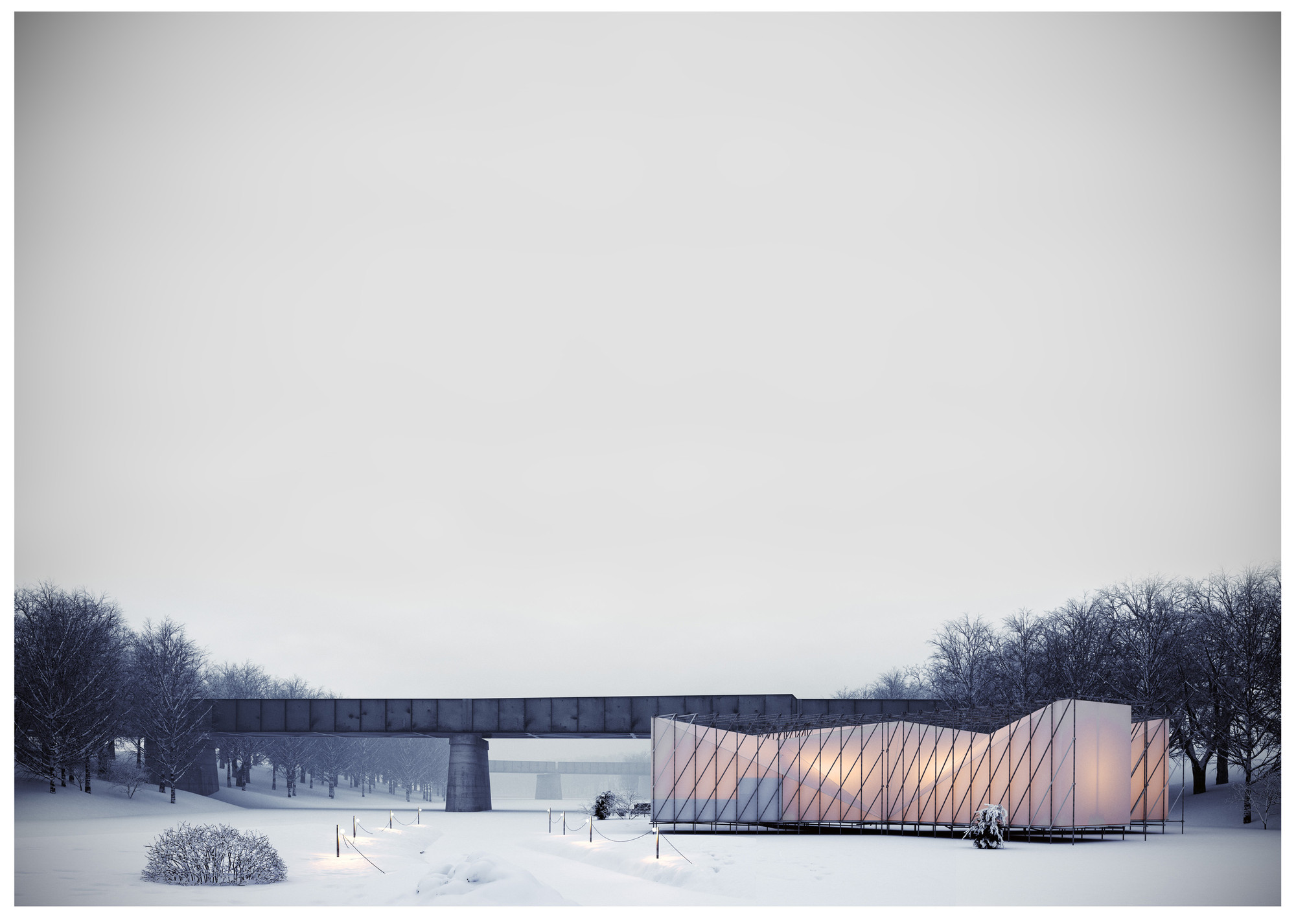 OS31 is a new practice established by Tony Broomhead RIBA, which specializes in lightweight and adaptable architecture.  Their proposal differentiates interior and exterior forms through a metal structure that houses an interior skin. This creates a dining experience that is clearly separated from the exterior. The interior membrane also appears to radiate a warm glow in the evening and establishes the restaurant as a landmark in an otherwise stark landscape.

The structure itself takes cues from the local context by referencing a nearby bridge with its repetitive forms. In contrast, the interior membrane takes on a sculptural appearance with angular faceted white walls. The interior form thus evokes more natural qualities of the surrounding environment and is described as “drifts of snow.”

Seen in plan, the design is composed of two clashing geometries inspired by the fork in the nearby rivers. This form seeks to ground the structure in its context while simultaneously defining the program. The space includes dining, kitchen and entrance areas, each one clearly seen as separate geometrical elements in plan.

The restaurant will open to the public on January 22, 2015. The project team includes Tony Broomhead, Matt Pearson, and Ross Jordan.