Update: The Los Angeles County Metropolitan Transportation Authority Board of Directors has approved approved the proposed masterplan by Grimshaw and Gruen; the scheme will now go ahead, subject to the availability of funding. The below article is from 22 September 2014.

The New York office of Grimshaw and LA based Gruen Associates were officially awarded the Los Angeles Union Station master plan in July of 2012 after six initial proposals for the project. Now the Metro Board has begun to finalize plans and move towards implementation, with their Planning Committee scheduled to discuss the proposals in early November. Read on to learn more about how the plan has developed over the past two years and the next steps towards its implementation. 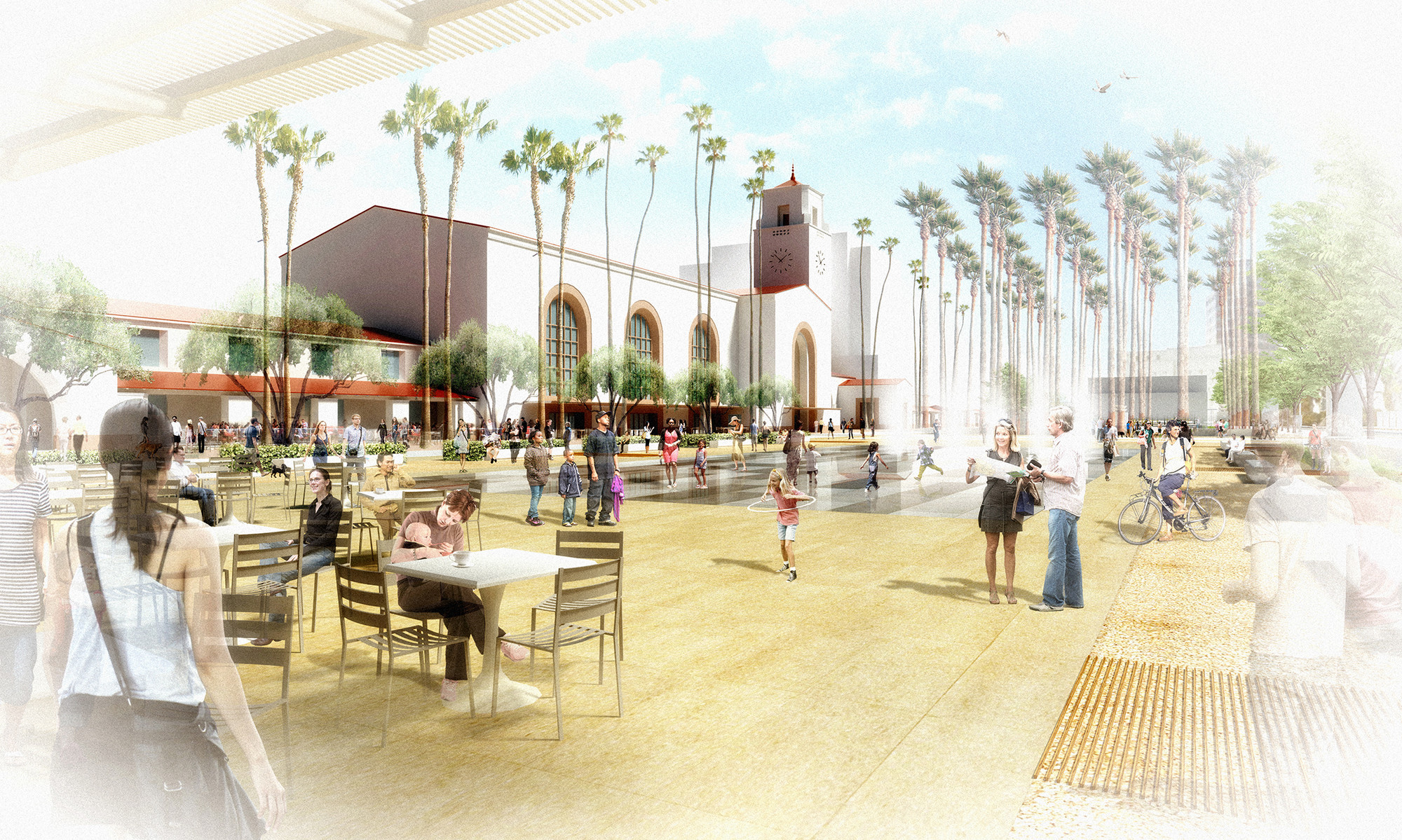 Since Union Station opened in 1939 it has seen its ridership increase tenfold, and daily ridership is expected to reach nearly 197,000 trips per day by 2040. This growth in public transport use demands an improved transportation hub for the city. After Metro first purchased Union Station from a private firm in 2011, they began plans to transform it into a world-class facility while preserving the historic core of the station as a city landmark.

The plan aims to accommodate future development in the area, including the addition of a high-speed rail that could eventually connect Los Angeles and San Francisco. Metro staff hope to begin a program of environmental impact report for improvements such as the expanded multi-modal concourse under the current tracks and the relocation of the Patsaouras Bus Plaza closer to a raised north-south plaza on the west side of the train tracks. This program will also enable Metro to begin the first stage of improvements such as the removal of the surface parking lot on the northern side of the station’s forecourt for the creation of a public plaza.

According to a metro staff report, the Master Plan “will soften the edges of the station, create better connections to the Civic Center and historical and cultural communities surrounding the station, and welcome transit riders and visitors to the public transportation hub of Southern California.” Early design work for the perimeter improvements will be funded in part by grants already identified, and the Metro staff is currently seeking Board approval to pursue additional grant opportunities.

Other improvements include new outdoor spaces, terraces, and connecting features such as a pedestrian bridge that will allow visitors to easily traverse the west and east sides of site. The Master Plan will be discussed by the Metro Planning Board in next month’s meetings, after which the full board will vote on the plan before beginning the process of its implementation.