Cloud Citizen, a proposal for a new high-rise typology by Urban Future Organization and CR-Design, in collaboration with a team of experts at Chalmers Technical University, has been jointly awarded the highest prize in the Shenzhen Bay Super City Masterplan Competition. Their futuristic design features a singular mega building complex that aims to create a hyper dense urban center that gives back to the environment. Read on after the break to learn more about the proposal. 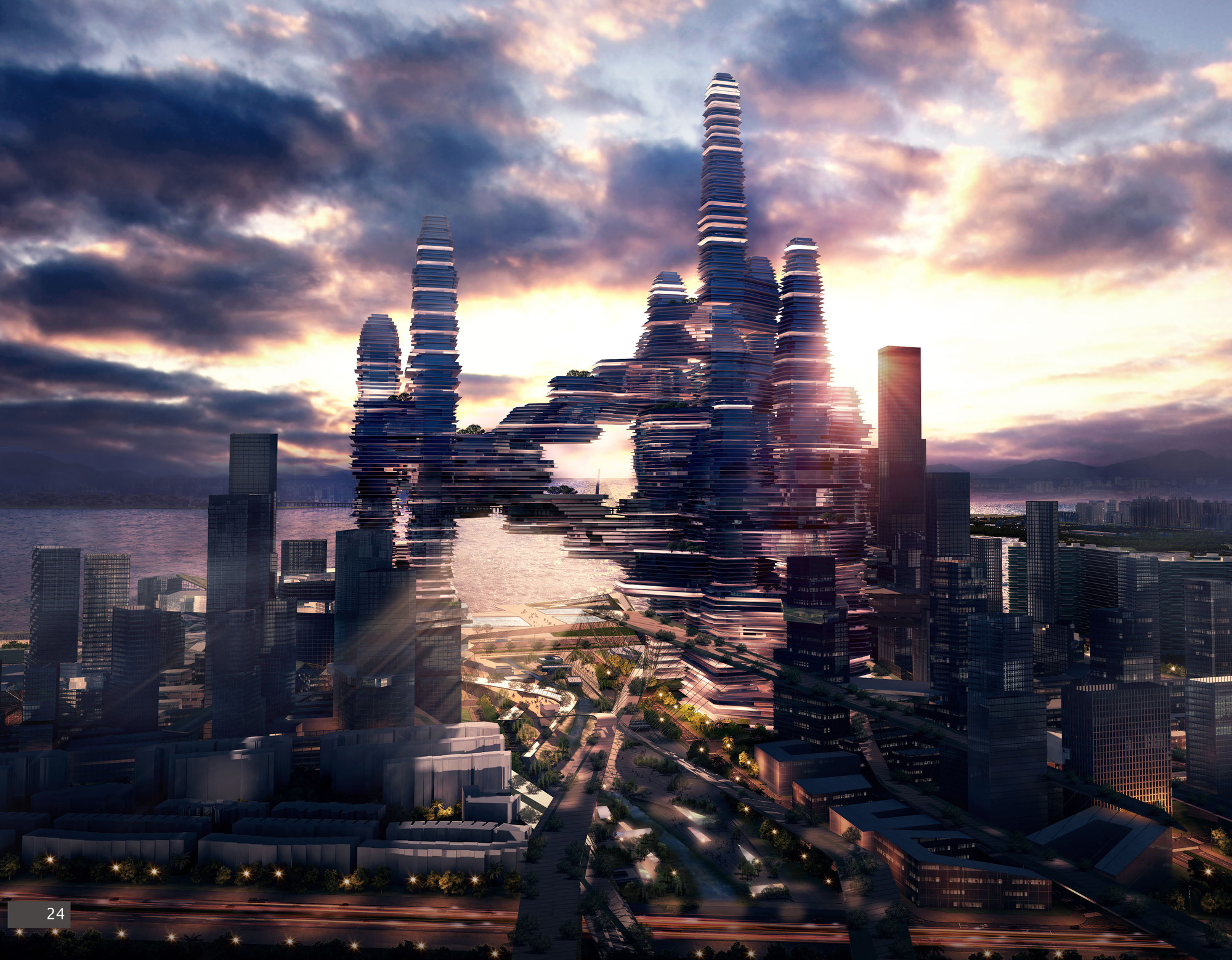 The competition brief required a new 170-hectare financial district for the city, including three high-rise structures, cultural buildings, and a large green space to connect the district to the surrounding city. The hope for the masterplan is to create a new iconic financial district for Shenzhen, reminiscent of places such as La Défense in Paris or Canary Wharf in London. Cloud Citizen, however, proposes a radically different typology for this new urban center.

The proposed 680 meter tall mega structure offers an alternative to the singular and unconnected high-rises found in most metropolitan areas. The plan also includes features to make the design more ecologically viable. Thus, Cloud Citizen functions as a “continuous metropolis” with public spaces suspended in the air and integrated into the structure itself. The enormous scale of the structure is broken down into smaller units to create a variety of spaces to serve public, commercial, and cultural programs. Each public space connects to a large park that acts as a green network for the city and aims to promote healthy and more sustainable lifestyles.

In order to give back to the natural environment, the plan includes proposed areas for rainwater harvesting and solar power. As “an integral part of the urban ecosystem” the design also stores carbon and filters pollutants from the air, in addition to providing sanctuaries for wild plants and food production. “Skyparks” within the structure will provide residents with a connection to nature and enable opportunities for outdoor recreation and a healthier lifestyle for the next generation of China.