Aiming to encourage the use of public transportation as a valid alternative to private transportation, Qatar Rail has appointed UNStudio to design the stations for the first phase of the Greater Doha Metro Network, part of the Qatar Integrated Railway Project (QIRP). With the first phase consisting of 30 stations on 4 metro lines, UNStudio has created an "Architectural Branding Manual," a set of design guidelines, architectural details and material outlines which will be used by the design & build firms on each station to ensure the design quality and coherence of the network as a whole. 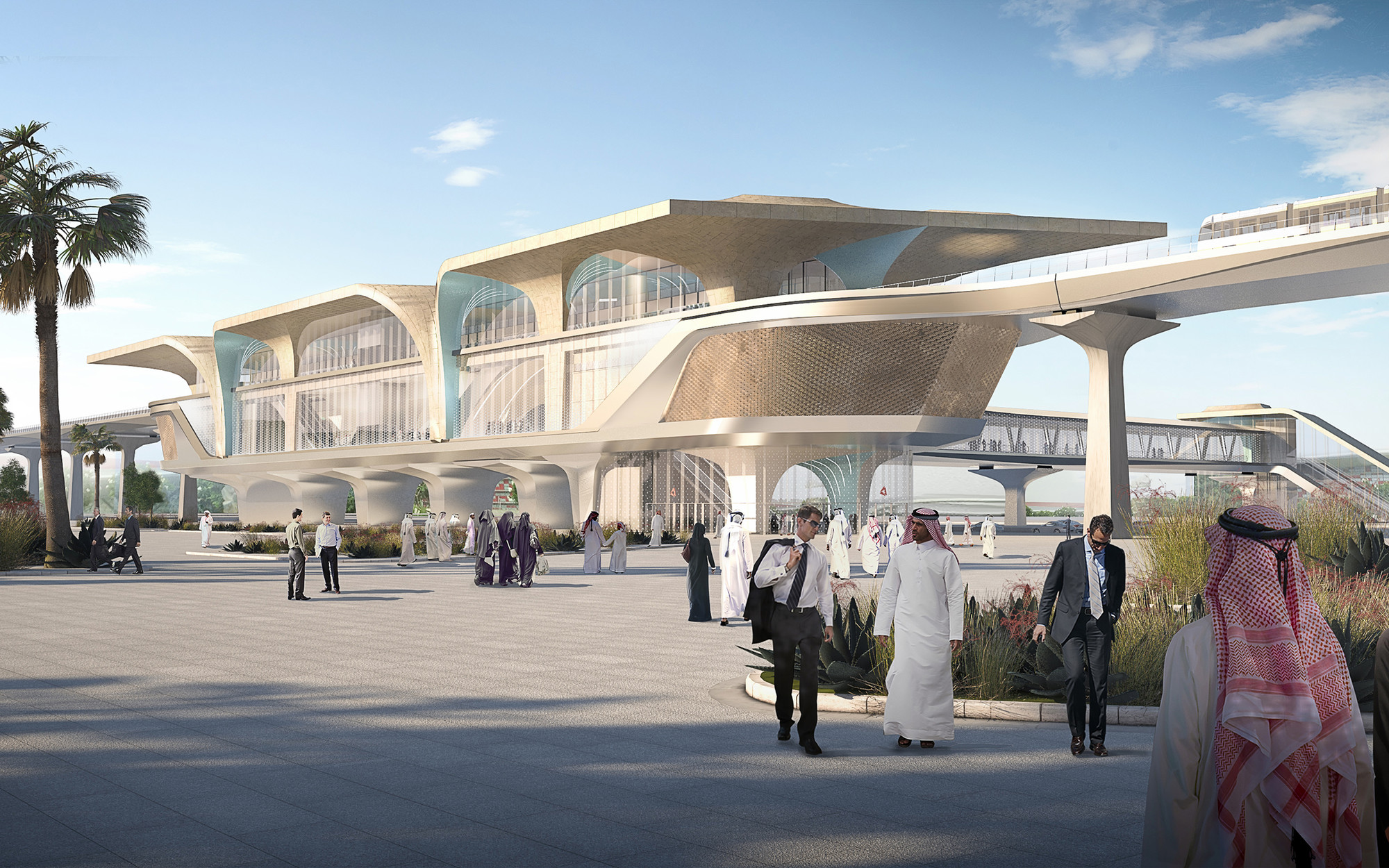 "The celebration of arriving and departing has always been found in the design of stations," said Head of UNStudio Ben van Berkel. "For the QIRP we devised an adaptive parametric system which creates open, light and welcoming interiors for each of the individual stations. Traditional Qatari architectural features are reinterpreted to incorporate new, transformative qualities which capture daylight and direct this into the interiors, creating uplifting and luminous atmospheres."

One of the major drivers of the adaptive design was what UNStudio calls "scales of identity," ensuring that not only does the whole network have a coherent identity, but variations in this aesthetic allow for a distinct identity on each of the four metro lines (the Historic line, Coastal line, City line and Education line), achieved by each line having its own wall and floor treatments, as well as each station itself having an identity of its own thanks to cultural interventions specific to each station's locale.

However, despite these controlled 'branding' elements, flexibility remains an imperative in the design document. "Through the production of a design manual and with the use of adaptive parametric design, it has been possible for us to create a design with many variants, yet one which maintains a coherent identity throughout all of the stations," said van Berkel. "In this way, we can combine local contextual differences within an overall identity and parametrically adapt physical factors such as wayfinding, daylight penetration, passenger flows, constructive elements etc. in a complex but extremely disciplined system."

The form of the stations themselves is created through a system of interconnected triangular segments, with a vaulted ceiling that references the traditional architecture of the region. The material palette was inspired by the Oyster, with a modest exterior which conceals a rich, mother-of-pearl effect on the buildings' interiors.

Outside the stations, the network's strong identity will serve as an instantly-recognizable reminder of the Metro's availability as an alternative to private transport. Each station will also improve road crossings in its local area to not only improve access to the station but to improve local connectivity more generally as well.

Though the current guidelines cover only the first 30 stations, the completed Greater Doha Metro Network will consist of almost 100 stations, serving Greater Doha as well as Al Khor to the North and Al Wahrah to the South.