The Playing Field, a 450-seat "high tech Tudor theatre" in the heart of the British city of Southampton, represented a major collaboration between the city’s arts organisations and was realised through a collaborative effort between engineers Structure Workshop and Assemble Studio, the London based practice known for innovative interventions within the public realm. Their Cineroleum, coupled with a bold renovation of a yardhouse, are part of a small canon of cultural buildings designed to temporarily reimagine the urban landscape on a small scale. 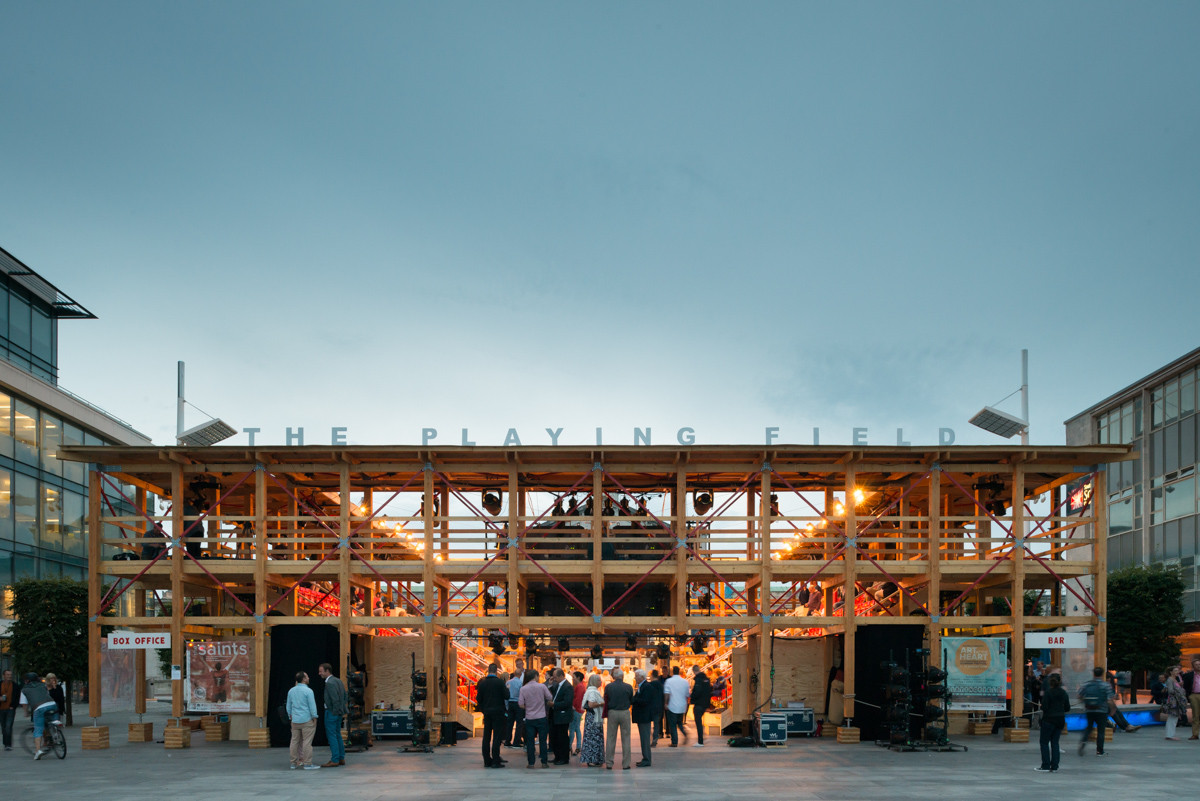 According to James Binning (Assemble), "a central tenet of the project was to widen participation and attract new audiences to the theatre. The ambition was to create a dramatic new typology of theatre space – drawing on the architecture, crowd dynamic and match day ritual of football culture. Utilising the aesthetic and architectural language of Britain’s football stadia the auditorium creates a spectacle that occupies an area between theatre and football."

For Paloma Strelitz (Assemble), "the 'Playing Field’ is intended as a setting for ambitious and rambunctious ensemble performances in the centre of the city. There’s no raised stage, which means in the day the large stage doors, can open and the raked auditorium can form the backdrop to the daily life of the square. The idea is to create a theatrical experience both for those watching productions and for passers-by."

Pete Laidler, of the Structure Workshop, explains that "the structural strategy was to create a timber beam and post module that could be repeated around the perimeter of the theatre with full plan and elevation bracing. This module was adapted to turn the corners and span the goal openings without visibly altering the architectural rhythm. Owing to a tight construction budget the frame had to be easy to erect using a single spider crane and priority was given to simple details with minimum fixings that could accommodate construction tolerances."

"The steel bracing is designed to span two bays and allows the structure to act as a rigid box under lateral loads. Ground fixing was not permissible in the city square and the rigid box approach allows the lightweight frame to act as a gravity structure in high winds. Coupled with the suspension masts that support a central lighting truss the bracing lends a “Hi-Tech” aesthetic to the stage, reminiscent of full scale stadium design and in keeping with the cultural programme." 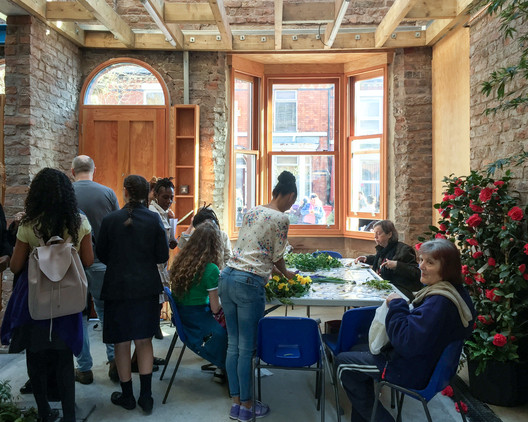