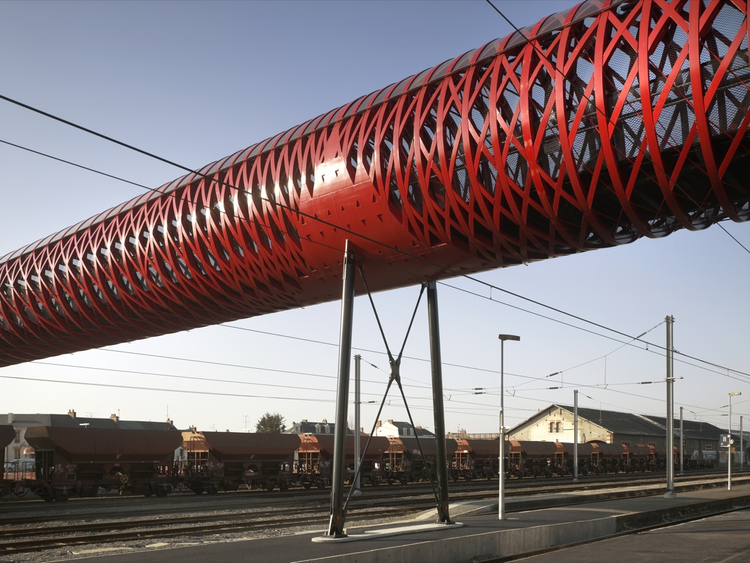 Text description provided by the architects. The extension of the TGV train to La Roche-sur-Yon, France, and nearby towns bordering the Atlantic marks not only an important moment for the modernization of the European andFrenchtrainnetwork,butalso anoccasiontoinitiatecivicimprovements. Linking the historic city founded by Napoleon (“the Pentagon”) with new neighborhoods, this pedestrian bridge crosses above high-speed railway tracks, providing an important urban connection for the town.

Conceived through joint collaboration between the fields of architecture and engineering, the bridge was designed by Bernard Tschumi and Hugh Dutton, with their respective teams in Paris and New York.The teams developed the design for La Roche- sur-Yon as both a utilitarian vector of movement and a symbol of contemporary urban relationships. The intention of the designers was to demonstrate an integration of an original structural system with an architectural concept developed from urban scale research of neighborhood identity and carried through the expression of the minutest details.

It has been said that there is no architecture without movement. A pedestrian bridge is not just a static object, but represents a dynamic vector in both its usage and urban perception. The designers have sought to express this dynamic characteristic, as much through the structural system as through finishing materials (interlaced polycarbonate surfaces protect passengers from weather conditions, while lighting follows the rhythm of the structure).Even the bright red-orange color was chosen to emphasize the urban significance of the bridge as a pedestrian vector.

This project was previously featured as In Progress, where you can see some more photographs of the construction process. 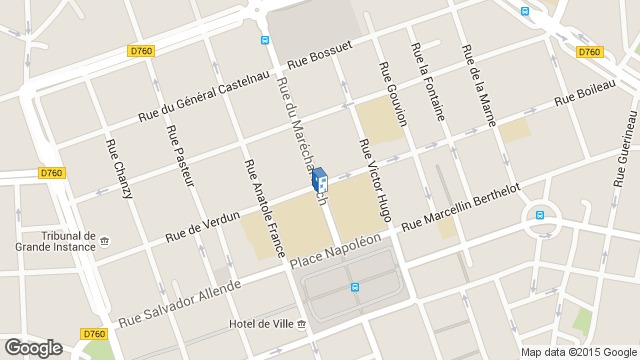