Andrés Duany (born September 7, 1949) is a founding partner of Miami firms Arquitectonica and Duany Plater-Zyberk & Company, and a co-founder of the Congress for New Urbanism. As an advocate of New Urbanism, since the 1980s Duany has been instrumental creating a renewed focus on walkable, mixed-use neighborhoods, in reaction against the sprawling, car-centric modernist urbanism of the previous decades.

Duany was one of five founders of Arquitectonica in 1977—however, while the firm soon became one of the leading names in Miami's distinct brand of modernism, Duany and his wife Elizabeth Plater-Zyberk would take a very different direction. Just three years later in 1980, the duo left Arquitectonica to found another firm, Duany Plater-Zyberk & Company.

With their renewed focus on urbanism, Duany and Plater-Zyberk began to advocate walkable neighborhoods modeled after traditional, pre-20th-century town layouts and often accompanied by traditional architecture. In the 1980s, they designed the new town of Seaside in Florida, which became an early model for New Urbanism and in 1989 was selected by Time Magazine as one of the "Best of the Decade" design achievements. In 1993, Duany helped to found the Congress for New Urbanism and became one of its most influential members.

Duany Plater-Zyberk & Company have since designed towns and neighborhoods throughout the USA and the world. The principles of New Urbanism have also spread widely—with a notable advocate in Prince Charles, who initiated the creation of Poundbury in the UK, designed by Léon Krier. 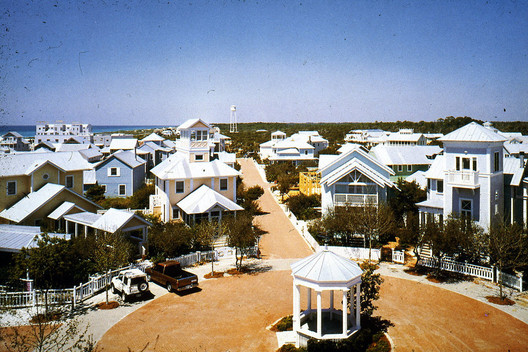