The design features an exterior steel skeleton beneath a curtain of aluminum sails, which shade the structure from pollution while providing filtration for excessive sunlight. The skeleton of the exterior aluminum curtain will be anchored in the plaza. During daylight hours, the sails will echo the appearance of a gleaming fish catching sunlight before returning underwater.

The building will consist of three major components: retail space along the ground level podium, visitor experience space throughout the middle, and observation decks on the top floor. Indoor and outdoor observation decks complete the design, allowing for users to choose their viewpoint of Doumen District. Major consideration was given to public space, resulting in a small footprint for the tower in order to maximize the use of the public plaza. Restaurants, cafes, and shops will be accessible from the plaza at ground level, providing an inviting atmosphere for the community.

Structurally, Doumen Observation Tower will consist of twelve two-dimensional curves with. 1,400 custom perforated aluminum panels will create the signature aesthetic of the tower. 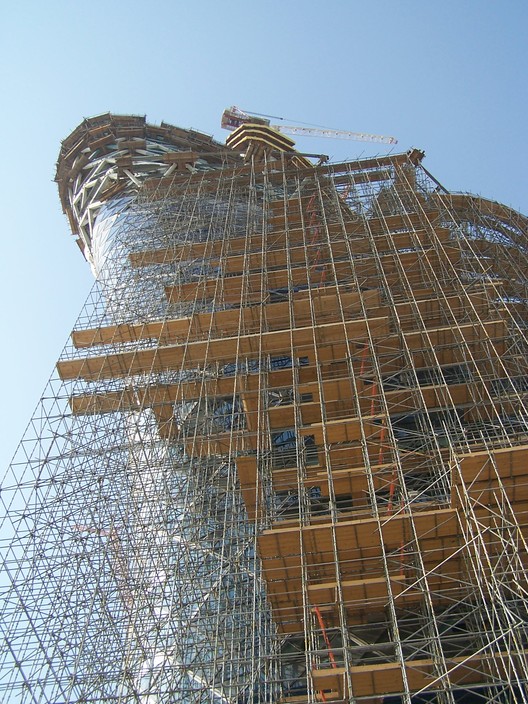