Save
Inside "Places of Power": Austria's Pavilion at the 2014 Venice Biennale
Presented by:

The 20th Century was a time of significant political unrest, seeing two World Wars and the 70-year rise and fall of a major superpower, the Soviet Union, among countless other conflicts. In some ways, "modernity" could be characterized by the rapid creation and crystallization of huge numbers of nation states since the outbreak of World War One a hundred years ago.

Reacting to the theme of "Absorbing Modernity" set for the national pavilions at this year's Venice Biennale, the curators of the Austrian pavilion chose to investigate the area where this political unrest most overlaps with architecture: the Parliament Buildings of countries around the world.

Read the curator's take on the pavilion after the break 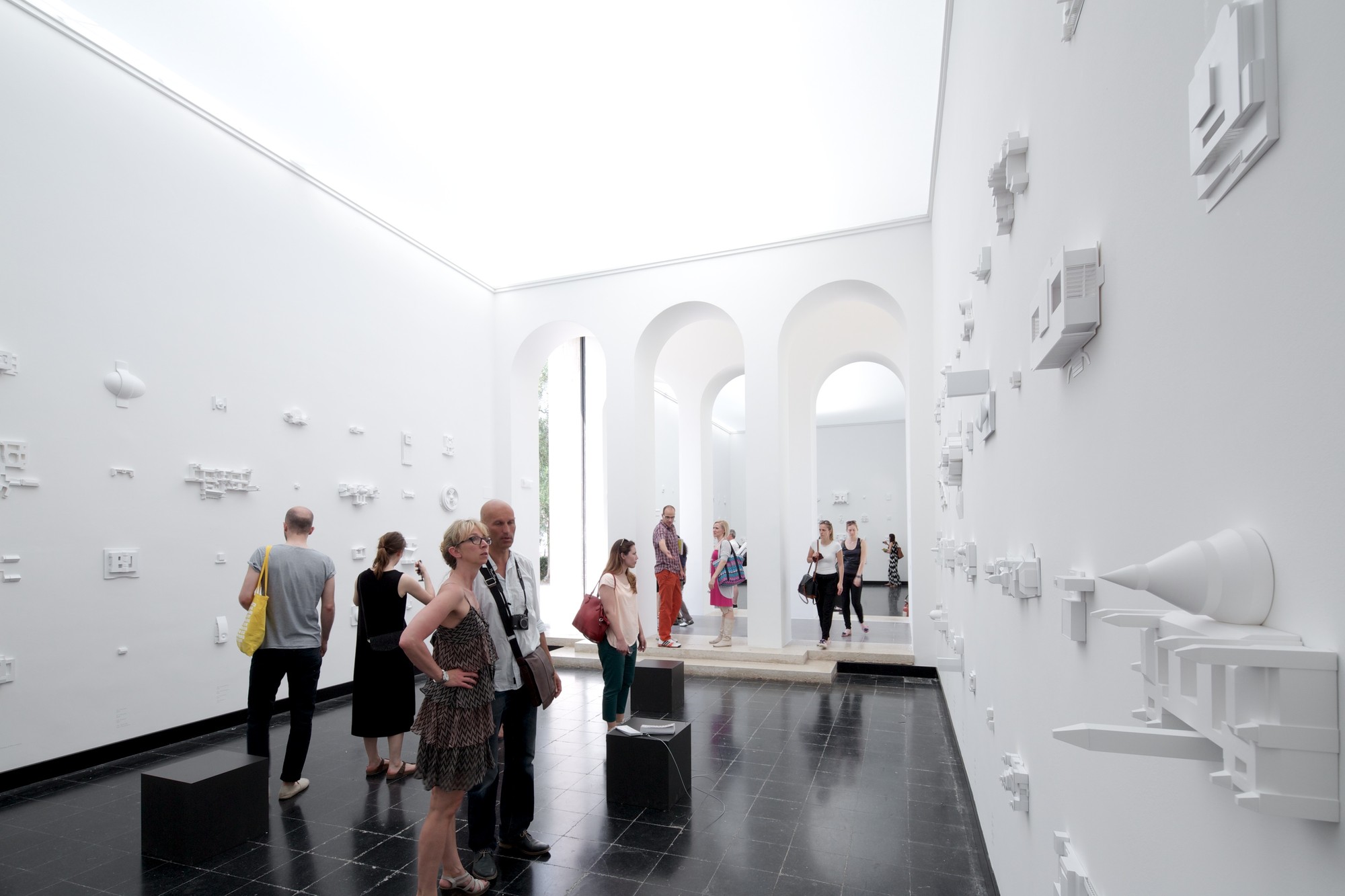 From the Official Catalog of the 14th International Architecture Exhibition: As a central locus of political debate and legislation, parliament has changed astonishingly little in terms of architecture over the past two centuries. The majority of plenary chambers mimic the form of the ancient theatre, in which the unity of the people is represented. A minority follows the British model with opposite benches, based upon the conflict of opinions.

In terms of their outward appearance, parliaments reflect the key political yearnings of their age, from representing national identity to the hope for a rational, universally comprehensible world beyond all nationalist constraints.

The exhibition at the Austrian Pavilion examines the phenomenon of the parliament from different perspectives. On the one hand, the exhibition presents a survey of all national parliament buildings in existence around the world as a network of architectural ideologies - a parliament of parliaments. This plenum is assembled in the form of 1:500 scale models, representing building types rooted in the nineteenth and twentieth centuries.

On the other hand, it describes two examples in detail, the Austrian Parliament in Vienna, built between 1874 and 1883, and a current project for the new Albanian Parliament in Tirana, accompanied by the conference center in Dalian/China, a different place of power built specifically for the World Economic Forum Asia.

The courtyard of the pavilion has been transformed into an area beyond monumental architecture, a jungled garden laid out for the exhibition and themed around the current phenomena of democratic representation. This is achieved through a discourse of (twitter)-tweets received from protagonists of the current political discussion in the European Union or global hotspots of civilian protest and digitally translated into speech. Small loudspeakers are attached to trees and bushes, occupied by the voices of the impatient crowd.