Save
A Prize for Promise: GAGA’s Hunt for the New Hadid
Share
Or
Copy

A few years ago London’s Architectural Association held an exhibition called First Works: Emerging Architectural Experimentation in the 1960s & 1970s, which wonderfully gathered together early projects from a host of the most famous names in architecture. In both Zaha Hadid’s gorgeously animated plan/perspectives of the Taoiseach’s Residence and Daniel Libeskind’s intensely unstable drawings of Micromegas, you can already sense a lifetime of formal exploration ahead for the pair; and yet who would ever guess the unique tectonic language to come from the anonymously mundane drawings of the Sequoyah Educational Research Centre by Morphosis?

When I set up the Global Architecture Graduate Awards (GAGAs) at The Architectural Review in 2012, it was with the insight that, at its best, the work produced at the start of a career can be its most daring and projective. At that fertile threshold between the academy and practice, uncertain graduates can be years ahead of more assured and mature colleagues in the creative risks they are willing to take. 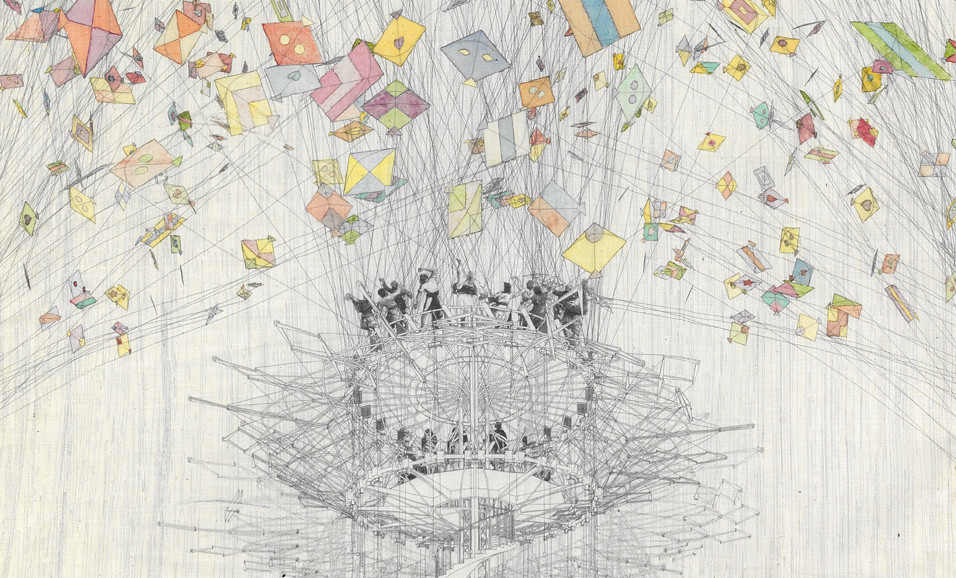 What happens to our student design work after we graduate? Many of our portfolios no doubt end up languishing forgotten under the bed, or relegated to the attic like mad old Mrs Rochester, or – in more recent times – frozen inaccessibly on unlicensed computer software. When unearthed again decades later, they return to our older-selves familiar yet alien, like hearing your own voice on a tape recording, and perhaps just as unnerving. For some, the work produced as a student defines the trajectory of a whole career; for others it marks a nadir from which they run as fast as their legs will carry them – and perhaps for most of us it is a weird mixture of both, a paradox of the embedded and the disowned.

In the cases of Hadid and Libeskind, those early endeavors can end up defining a generation. And even – of course – several generations to follow: it’s not uncommon to see the motifs of these forerunners, so fresh at the time, resurface in student projects to this day, like some unshakeable viral outbreak.

So the ambition for the GAGAs was to seek out those students genuinely trying to push forward architectural culture, to give an international platform to the concerns firing the speculations of the world’s architecture graduates, and to get a sense of where the discipline might be heading in the future.

The first two years showed that the answers to this are both wide-ranging and divergent. Last year, for example, the postgraduate winner Frances Edith Cooper (University of Auckland) presented a charmingly episodic and whimsically depicted reimagining of the Waitemata Harbour in New Zealand; whereas undergraduate winner Cristian Allende (University of Talca, Chile) built a soaring viewing platform among the foothills of the Rio des Los Cipreses mountain range. While the first project was preoccupied with the crafting of the drawings, the second project was preoccupied with the crafting of the construction itself. And yet despite their hugely different design intentions, both projects exhibited a similar deference to and affinity with nature.

If there has been any underlying theme for the first two years of the GAGAs, it is a desire to live in harmony with the Earth, a reflection of the many ways that this generation of students is interpreting the environmental agenda of our times.

Will this trend continue? It is too early to say for this year’s GAGAs, as there is a week or so to go before the closing deadline. Certainly, as a global citizen, I’d like to see architecture embrace sustainability as central rather than incidental to its culture; but as chair of the GAGA jury, I keep a completely open mind as to the surprises that this cohort may submit. And who knows, among them might be the next Hadid or Libeskind, striking off in directions we hadn’t yet imagined, and poised to set the agenda for a generation to come.

The Global Architecture Graduate Awards has a £5000 prize fund. The entry deadline is Monday 4 August. For full information visit www.architectural-review.com/GAGA

Will Hunter is Executive Editor of The Architectural Review, and Director of the London School of Architecture