The Philadelphia Museum of Art has revealed Frank Gehry's designs for a 169,000 square foot expansion that will see the museum dig down to create a new set of galleries underneath its existing footprint. Already an unusual choice for a project whose brief called to preserve the architectural integrity of the existing building, Gehry's design is an unexpectedly muted intervention, focusing on interior rearrangement and additions that are in keeping with the 86 year-old building's aesthetic.

Perhaps the most dramatic alteration proposed by Gehry is a plan to punch a hole through the museum's famous 'Rocky steps', the iconic training location from the Rocky film series, creating a window into the new subterranean galleries; however as the $350 million project will by necessity by undertaken in stages, this intervention is likely to be a subject of discussion for some time. 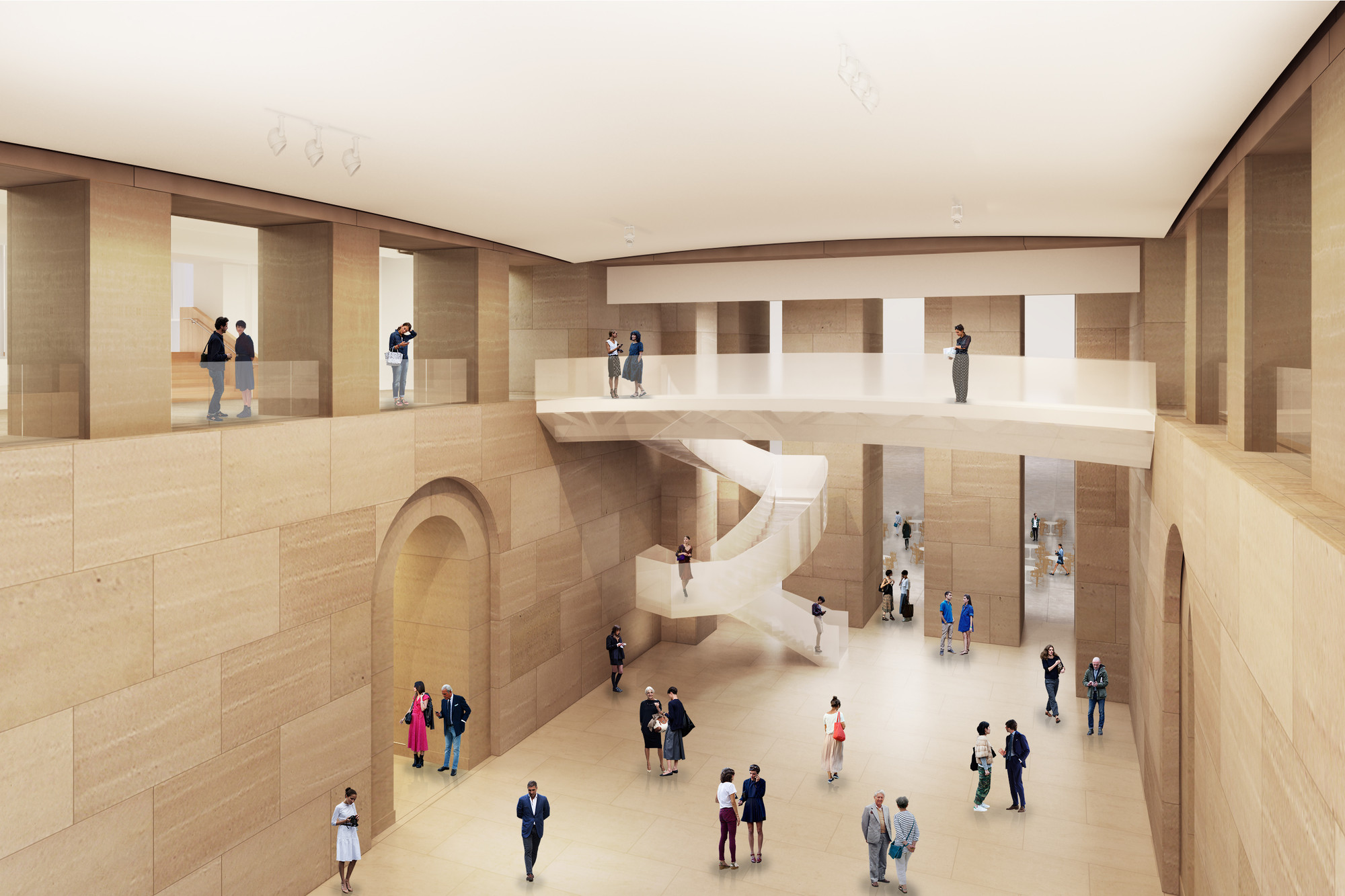 The primary focus of the spatial rearrangement was to establish a strong axis between the museum's two main entrances at the east and west of the building. This involved removing the auditorium at the center of the building, and the creation of 'The Forum', a central point which connects two levels via a spiral staircase, as well as providing a means to reopen the vaulted arcade which runs through the building from the North entrance but has been closed for decades.

Elsewhere, additions include a circular skylight addition which will occupy the center of the building's Eastern entrance Plaza, and landscape designs by Philadelphia practice OLIN for the East and West Plazas. On the North- and South-Eastern corners, simple sandstone-clad stair enclosures have been added by Gehry to accomodate modern safety regulations.

"We began by studying the character of this wonderful building—its DNA. It is rare to have the bones of the existing building show you the way to expand it," Gehry said, explaining the surprising nature of his design. "From there, we used the significant assets that the original architects gave us to create a strong entry sequence and circulation pattern that connects the new galleries to the existing building in a way that makes the new galleries seem like they have always been there. My goal is to make the building feel like one coherent design statement."

CEO of the Philadelphia Museum of Art Timothy Rub added: "Gehry’s carefully detailed design is the embodiment of creative stewardship. The approach that Frank and his staff took to solving this challenging program reflects a deep sympathy for one of Philadelphia’s most widely admired landmarks. The design was also informed by a sophisticated understanding of how this facility needs to be changed."