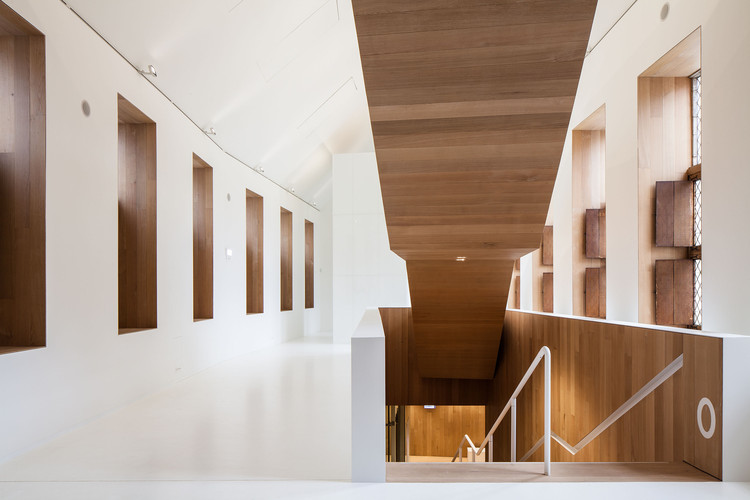 Text description provided by the architects. Concept: absence of architect

‘Hof van Busleyden’ consists of a complex of buildings, built out of brick and sandstone in replicating late gothic style, around three external spaces: the small northern court yard with pine trees, the central rectangular one, paved with cobblestones, and the south-oriented town garden. Since 1938 its function is the one of city museum. The building was protected as a monument.

The ‘Hof van Busleyden’ is the northern objective of the museum-axis of Mechelen, but in the same time the connection to some tourist trails. In contrast with the commercial centre, the ‘Grote Markt’ might be seen as the centre of cultural heritage. North of the ‘Grote Markt’ a concentration of important buildings is situated. Walking the scenic routes is experiencing the past.

Location as a museum object, part of the city

In the proposed concept, the location itself of the ‘Hof van Busleyden’, the central city museum, is sublimed to a museum object. The museum intensifies the local urban culture and is integrated in the tissue of the city. By the sequence of routes, court yards and gardens, with bars, terraces and a bookshop attached, the museum is again an essential part of the city. The museum is being set up by minimal interventions. The 19th century care-takers dwelling is going to be torn down and replaced by a contemporary building volume with a skin of vertical steel strips. 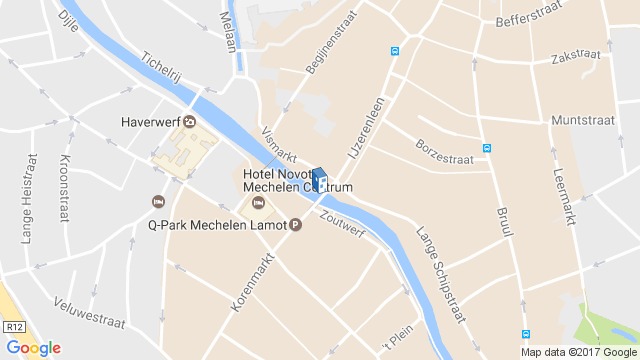