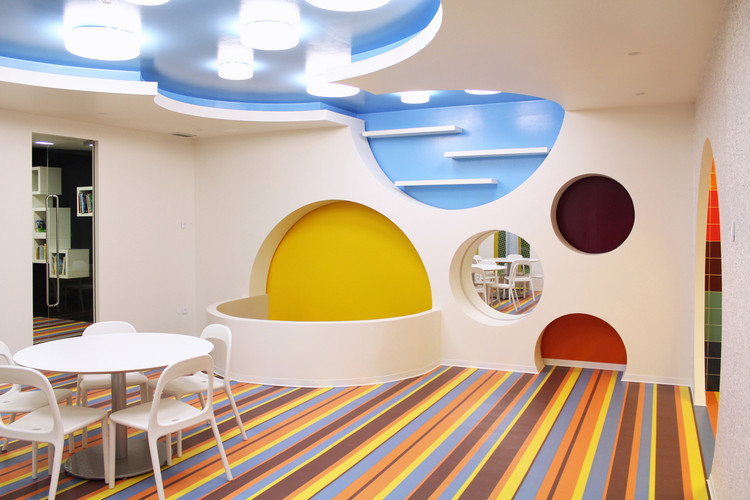 “In reality we work with few colors. Which gives the illusion of their number is being put in its rightful place.” (Pablo Picasso)

Designing this space for children led us to a journey through time and space in search of that restlessness that exists in the background of all beings , the imagery that makes us dream and we always seek whenever we need our most childish and creative essence .

This new place, existing but now refurbished, is an opportunity to create a retreat for young people, where they could set free all their creativity. In order to achieve this, it will be essential to use color to stimulate the spatial and visual perception, so the color psychology has become one of the fundamental assumptions we have dealt with in this intervention.

The existing space is an area inside the Kalorias Health Club complex in Lisbon, and was defined by two large rooms and a large hall, whose initial function was associated with corporate events. The need to create a multipurpose room was defined in the program – large and versatile, allowing different uses; a reading room – dedicated to academic support, watching films, reading books and educational use of computer equipment; a visual arts room – whose main function would be the crafts and visual expression; and finally a more playful room, dedicated to fun and physical games.

Based on these programmatic needs, the spaces were adapted retaining the most of the existing structures, however a logic of adding new elements was adopted – shall it be new forms, colors, textures, graphics – that in the end could reflect a symbolism that would allow who enter into this space to be transported to a dreamlike reality.

This challenge that we put on ourselves led us to wander around and get away from the usual architectural thinking guidelines, forcing us to dematerialize some notions of spatial equilibrium, so we could get to such a detachment from the established reality notions, that in the end would allow us to create a space above all playful and distinct for children.

Each new designed room has unique features, in a sense tells a different story, it’s a destination per say. In all of them there are new design elements that are combined with surprising colors, helping contextualize the spaces in a very particular way. The corridor is the unifying space that communicates with all rooms and adds together the spatial and formal language.

The different arches, which are the main distinctive feature of the corridor, symbolize a passage, a promenade for little princesses and small kings, but also serve as a window display for the different rooms/functions. The Reading Room, where was created a small amphitheater, allows children to draw and write around this huge blackboard that also can become a huge screen, for movies and cartoons.

The Room for Visual Arts gives primacy to curves and organic shapes and vibrant colors to stimulate visual expression. The huge blue ceiling sparkled with white lamps is a reminiscent of a starry sky, while the pierced walls uncover small hiding spaces and create unique visual effects. In the Play Room, the green carpet dilutes the ground with the wall which in turn is wrapped in a set of colored slopes deconstructing the ceiling. The last room at the end of this magical corridor is assumed to be the most versatile space, which is defined as an open area and a playful space that is distinguished by its tetris color mountain and a small stage for theatrics.

Nevertheless, the most rewarding aspect of this project is still to come… the time to see how different children adapt and appropriate this space as their own, the time to observe how this dream world created by adults can fit in a child’s imagination. In the end we aspire that this new space that has been reborn with lively colors, unusual shapes and unique features could help achieve the children’s full potential. 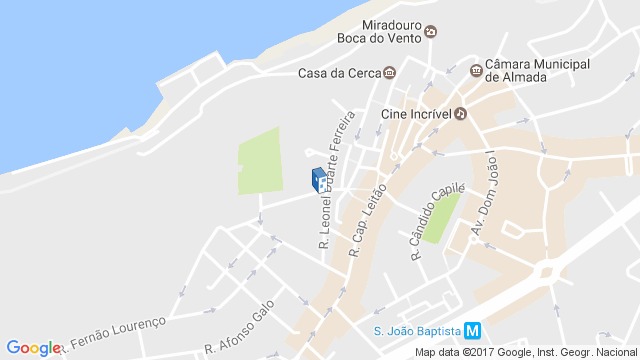