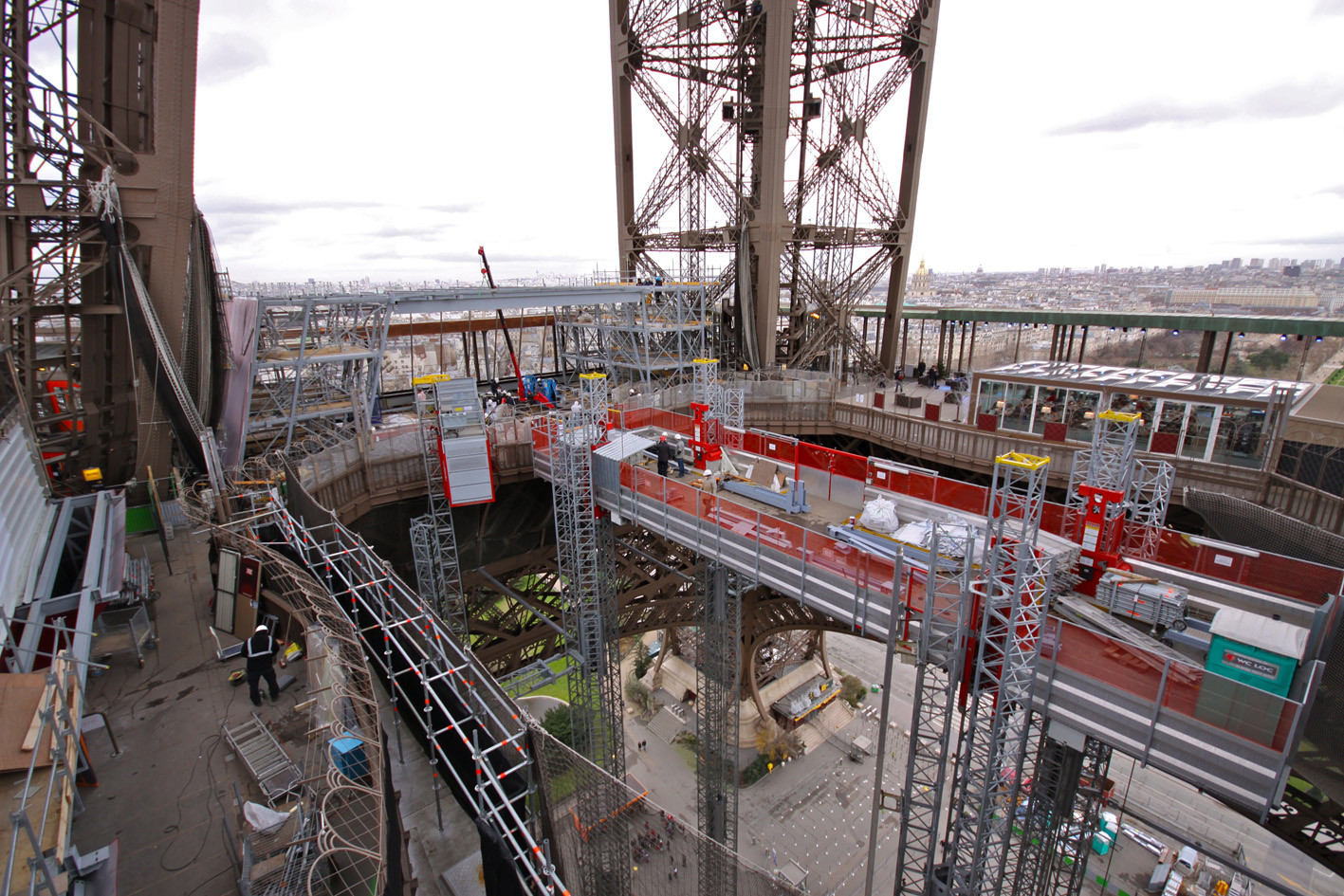 New buildings and entirely redeveloped public spaces to make the Tower’s 1st floor once again one of Paris’ most spectacular and attractive locations, 57 meters above the city.

Since the last transformation of the 1st floor 30 years ago, the Tower has welcomed more visitors than during its first century of existence! The pavilions and public spaces of the 1980s are obsolete and not adapted to the number of visitors, the visitors’ expectations and technical standards.

The floor reorganisation project includes: rebuilding the reception and conference rooms to turn it into one of Paris’ most attractive event spaces; rebuilding the pavilion dedicated to visitor services, particularly restaurants and shops; creating an entertaining and educational museographic path; and finally, creating two spectacular attractions: discovering space on the monument and its esplanade thanks to glass flooring and balustrades and an «immersion» film promising strong emotions.

Important goals linked to the sustainable development policy implemented at the Eiffel Tower: accessibility and reducing its carbon footprint.

Today, disabled people are unable to access most of the 1st floor of the Tower. With this reorganisation all visitors, regardless of their disability, will be able to enjoy the whole space and all its services and contents.

An «influenced» architecture, designed entirely in diagonals and transparency by the architects Moatti-Rivière, providing an improved experience of the Tower and Paris and respect for the monument and its history.

The new pavilions are influenced by the pillars designed by Gustave Eiffel. They hug the Tower’s slant. The volumes are incorporated in the depths and curves of the pillars. Service areas are placed next to the gables to preserve the central transparency.

The floor is designed as a real urban space with its streets, its buildings and its central space, 57 meters above ground. It gives a close view of the city and of the Tower itself. It is a knowledge space where the inside of the «Tower object» can be explored.

The project offers an improved experience of the Tower and Paris, an entertaining sensory experience, a journey of the senses and knowledge.

The redevelopment has been designed and carried out by the architects Moatti-Rivière architects, in consortium with Bateg for the construction. The latter won the design-construction contract in October 2010. 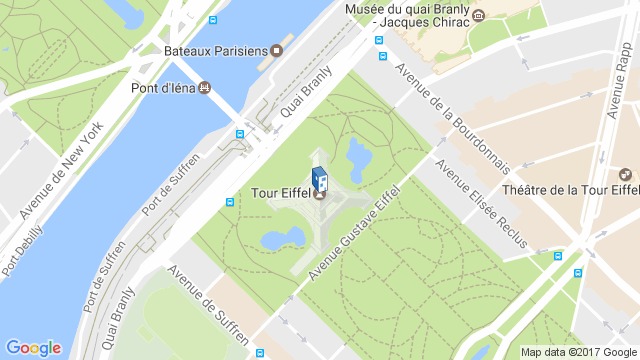