Berlin's Barkow Leibinger has won an invited competition to design a new hotel tower and conference centre as part of Berlin's largest hotel complex, the Estrel. Establishing a new gateway to the center of Berlin from Schönefeld International Airport, the tower will stand at 175 meters (578 feet) making it the tallest high-rise in Berlin to date. Located on the Sonnenalle at the intersection of the Ship Canal, S-Bahn and Autobahn, the site acts as a threshold between the heterogeneous industrial and residential periphery of the city and the historical neighborhoods of Neukölln.

Free from the historical constraints of the city centre, the project is an ensemble of elements revolving around the sloped silhouette of the tower with its roof terrace orienting to the city. In response to the existing Estrel Hotel and resembling the children’s game 'Tangram', the proposal is "organized into a series of extruded triangulated volumes of different sizes and heights mediating the tower into the low-rise surrounding neighbourhoods. This cascading family of forms, from high to low-scaled, radiates to form two strong orientations: to the street side (Sonnenallee) and to the water side (Ship Canal)."

According to the architects, the building's various functions are distributed between the different sized volumes. "The hotel, an office building, park house, glass-roofed hotel entrance atrium, and a low-flat conference center" give a sense of programmatic clarity. "A ground floor promenade begins with the hotel drop-off which continues into the hotel atrium and on to an arcade fronting the conference center." Façades compliment the idea of 'similar but distinct' building volumes and are articulated to enhance the verticality of the individual parts of the ensemble in metal and glass. 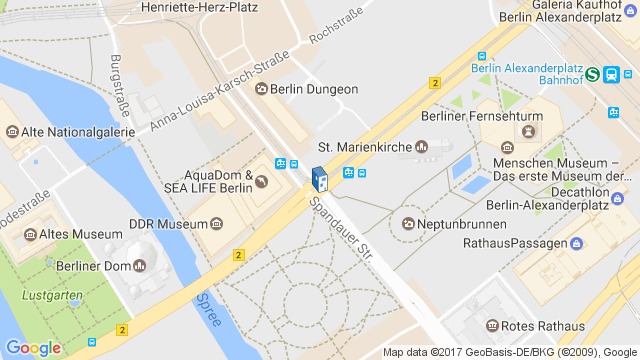