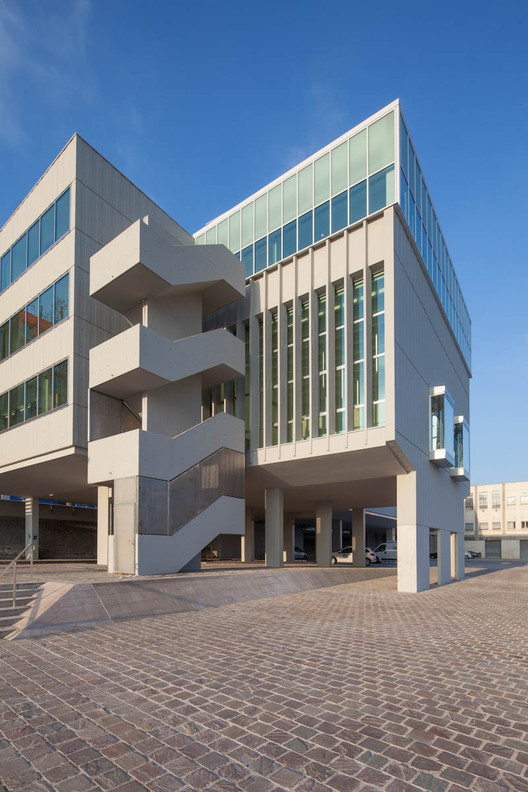 Text description provided by the architects. The skippers house is part of a group of buildings that form an urban façade on the seine. The strategic location of this “house” between the seine and quai, fantastic views, but various changes have removed this permeability. In addition in 1970, a heightening of the room award was made by a “pastiche” of corrugated sheets imitating concrete façade. This addition makes “heavy mass” in the volume growth.

Our project is to find the original concept brothers Arsène Henry “treated in a spirit of counting and simplicity” which finds transparency. We propose a new alliance between heritage and modernity produced by the removal of all interventions “pastiches” replaced by a new transparent skin that will brighten the landscape of the seine as a “magic lantern.”

The functional organization proposes a new hall through the ground floor is the “hub” of central interactions of this building, which provides access to a stair-lift to the 6 floors of offices and conference room .

Free from technical contingencies, the office floors are large areas of about 300 m2. Sanitary and fire escapes are rejected at each end. Solutions radiant ceiling acoustic “hybrids” fit between the beams in the manner of carpet without interfering with subsequent divisions.

Thanks to the double heat exchanger cross-flow, the device achieves efficiencies of over 75%. Cooling “adiabatic” provides a great feeling of thermal comfort, especially in summer to achieve the overall energy performance – 20% of the reference rt 2005.

Constructed in 1957 by architects Arsène-Henry Brothers, this old building was once a shipping exchange and is part of the river heritage of Paris and the Seine. The Maison is part of a series of buildings forming an urban façade that overlooks the Seine, and this strategic location between the river and its quays offers exceptional views. Since mid-January 2013, the renovated building has been home to the Bassin de la Seine regional headquarters of France's navigation authority, Voies navigables de France (VNF). A new identity through a return to transparency.

Jean-Baptiste Lacoudre's approach involved working with the original concept created by Arsène-Henry Brothers "in the spirit of understatement and simplicity" to rediscover the building's original transparency, lost to various alterations over the years.

In 1970, for example, the ceiling of the Exchange Room was raised, creating an outer extension that appeared heavy and overbearing. Exterior stairways and a footbridge were also added, and the stilts were blocked in to create a road tunnel beneath the building. Today, the building enjoys a new balance between tradition and modernity. The "pastiche" façade has been removed from the original building with its expansive rows of windows, and replaced with a new, more open, more celebratory façade.

Bow windows have been added to the previously windowless north gable end, providing a direct view over the Seine. All the non-original walls have been knocked down, to reveal the original building and its stilts.   Energy performance Sustainable development is a constant priority for Jean-Baptiste Lacoudre. The air inside the building is cooled without the use of electricity, via an adiabatic cooling system.  Heaters are located within the hybrid ceiling, helping to reduce energy consumption through careful temperature moderation and heat recovery. 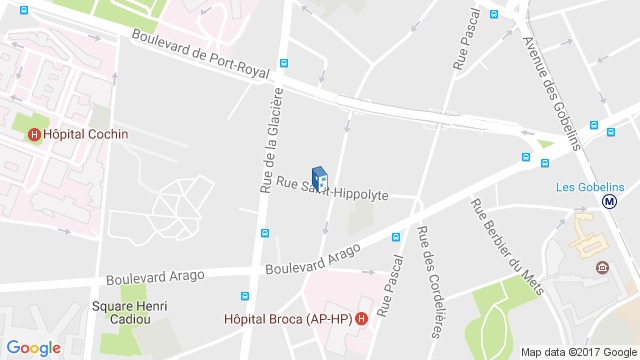