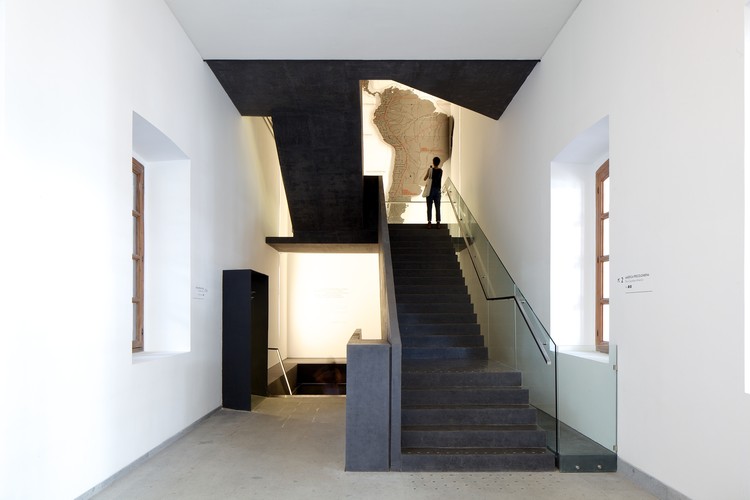 The Chilean Museum of Pre-Columbian Art, located in downtown Santiago, Chile has just received an expansion of 70% that has allowed it to increase display areas, storage space and its conservation laboratories. Due to an investment of $17 million and a long-term alliance between BHP Billiton and Minera Escondida, the Museum was able to renew its facilities and open its doors to the public this month after 2 years of construction.

Among the highlights of the expansion is a 450 square meter showroom designed by Smiljan Radic, which will house a new permanent exhibit.

The objectives of the intervention were to maintain and integrate the Chilean Museum of Pre-Columbian Art more effectively and fully into its urban environment, improving the standards of preservation and the exhibitions of the collections. It also sought to keep the spatial structure of the former Royal Customs (1805) building intact, allowing for needed renovations that improved quality overall. The program was also reorganized in order to improve the distribution of functions and centralize vital functions that had been scattered throughout other buildings. Thus, a renovated space utilizing the newest technologies and international standards of exhibition, research, and conservation was achieved.

The strategy for the intervention was to utilize the underground levels for the expansion of the museum. This strategy allows for heritage/historical buildings in dense urban plots to be renovated without altering their original character. Thus, 1300 square meters of exhibition space, warehouses, conservation laboratories and visitor services areas were added in two underground levels beneath the northern and southern courtyards of the Museum. 300 square meters were also added to the northern patio on the ground floor in order to incorporate more access points for pedestrians.

The newly built showroom, located on level -1, is a large 450 square meter space designed by Smiljan Radic to house a new permanent exhibition - “Chile before Chile” - dedicated to the cultural traditions of indigenous peoples who have lived in Chile for 15,000 years. Eight meters high, made of concrete, and clad in Amazonian woods, the hall was built beneath the historic museum building (proving to be a complex challenge of engineering).

In order to ease the visitor experience and highlight the importance of pre-Columbian cultures, “Chile before Chile” presents 350 artifacts, specially selected for their patrimonial worth and ethnic diversity, which are distributed according to geographical area and theme. The design of this exhibition was provided by Geoffrey Pickup, a professional with over 30 years of experience at the British Museum in London, who worked closely with Museum curators, engineers and architects, lighting experts, graphic designers, and others, to prepare this exclusive show. The room also utilizes the latest technology for the exhibition as well as German showcases that enhance the visual quality of the collection.

Within the second underground level is a 400 square meter research center and laboratory facility where artifacts will be preserved. These facilities, which are surrounded by glass, will be left open to allow students and teachers to observe the work of archaeological conservation.

The project also delivers a true civic space for the city through the renovation of traditional galleries that surround the museum and invite in passers-by. The charm of the colonial courtyard is restored; the north patio is covered, allowing for year-round use by citizens, and the southern patio features a gravel floor.

The long-term sustainability of this ambitious project has been made ​​possible due to a public-private partnership including: the Chilean government (which is participating through the Bicentennial Legacy program), the National Council for Culture and the Arts; the Family Foundation Larraín Echenique (the institution responsible for the Museum); and the Municipality of Santiago. 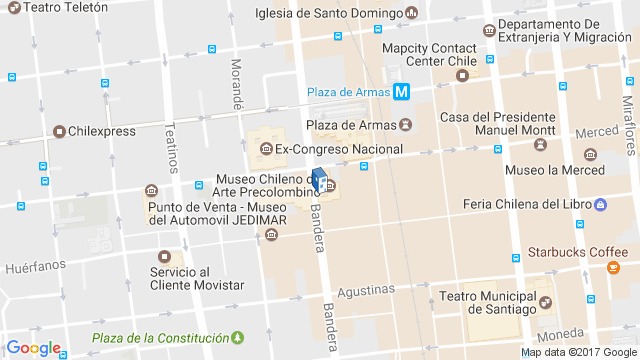